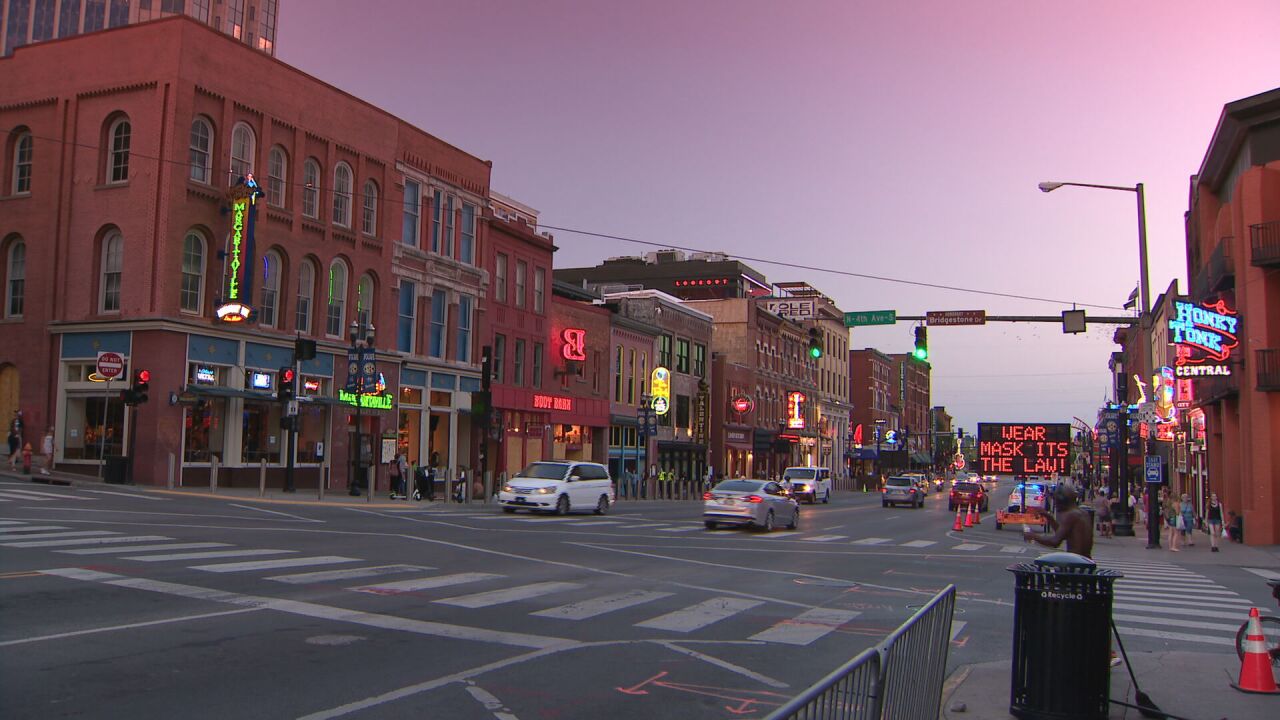 NASHVILLE, Tenn. (WTVF) — Metro Nashville police said they issued 16 civil citations to people on Broadway who were not complying with the county's mask mandate on Thursday.

Nearly 400 other people in the area were given verbal warnings, the department said.

Metro police said they plan to ramp up enforcement in the Lower Broadway area this weekend, particularly during the afternoons and evenings.

Three teams of eight officers will patrol the area on foot starting at 4 p.m. as six other officers will patrol on ATVs. Additionally, employees from the Metro Public Health Department, Transportation Licensing Commission, Beer Board and the Fire Marshal's Office will have a presence in the area.

The Davidson County Sheriff's Office will join in the enforcement efforts by basing its mobile booking vehicle in Riverfront Park on Friday and Saturday night.

Officers arrested one person accused of not wearing a mask on Wednesday night.