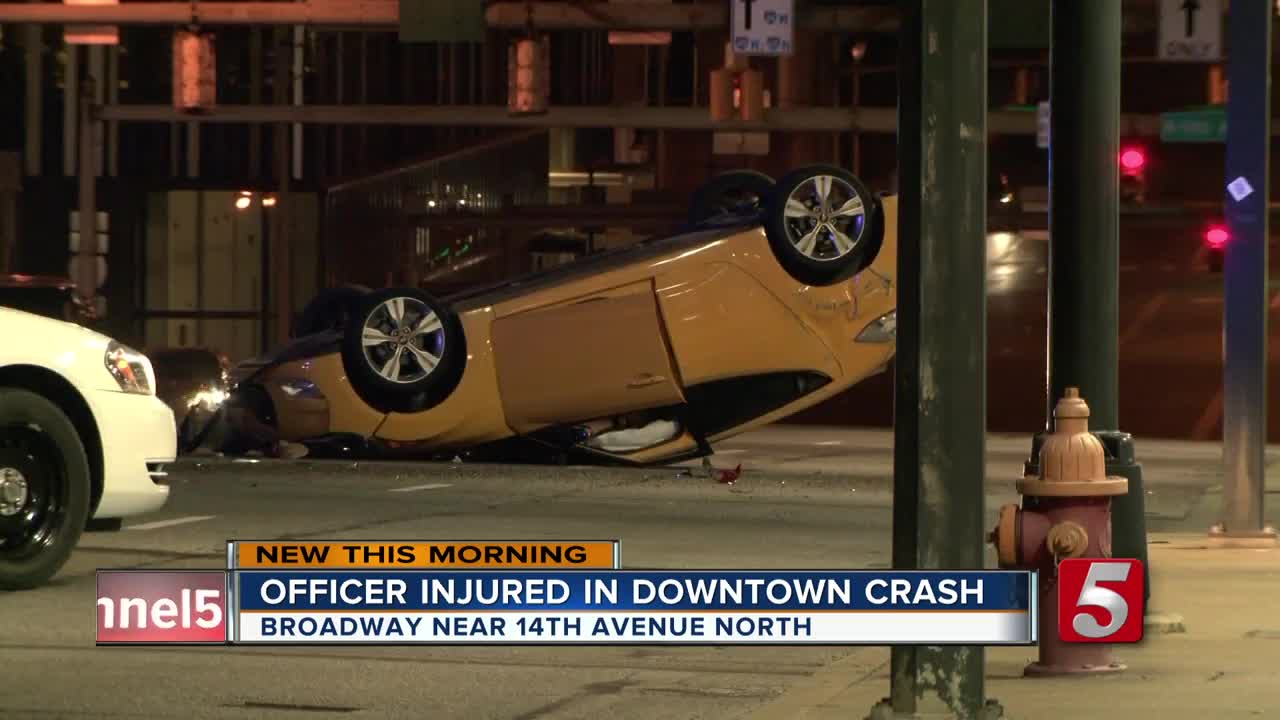 The call for the crash came in just before midnight, happening in front of Beaman Toyota on Broadway, near 14th Avenue North.

Police say several vehicles were involved. One of the drivers may have also been under the influence of alcohol or drugs.

The officer involved in the crash was taken to the hospital, but police say he is okay.

Police say they are still trying to put the piece of the crash together.

This story will be updated as more details are made available.