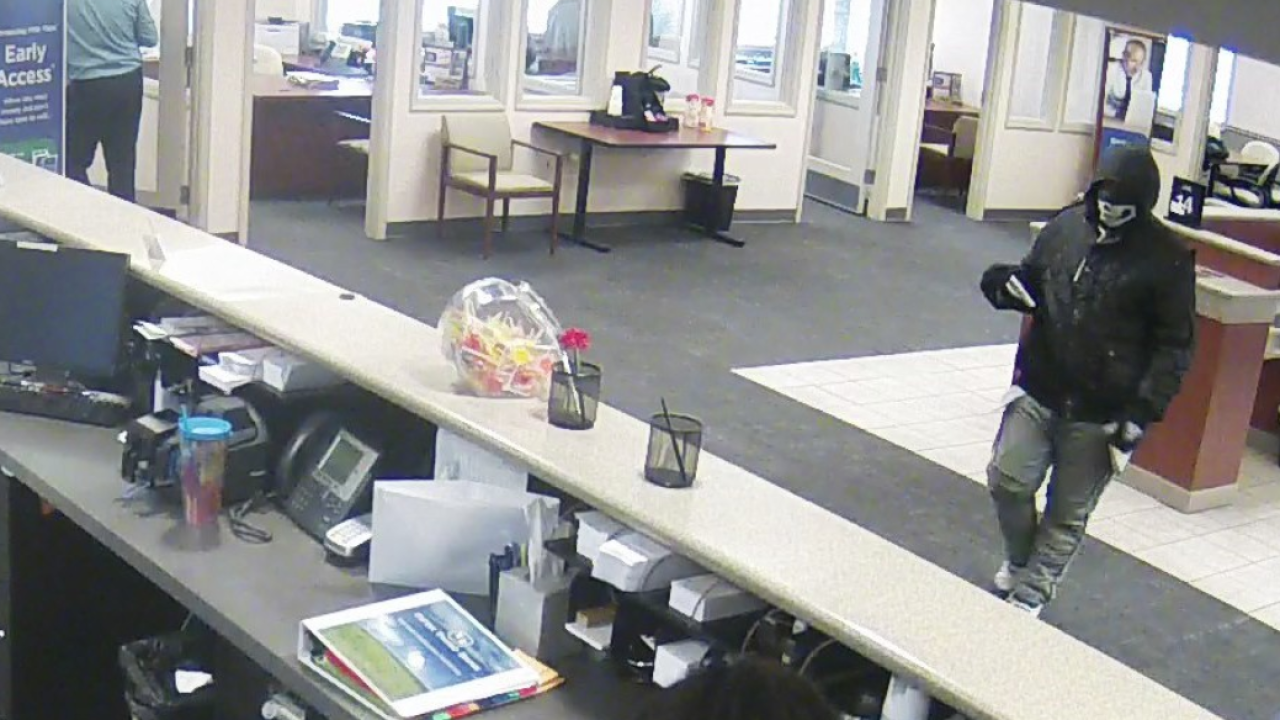 NASHVILLE, Tenn. (WTVF) — Metro Nashville Police officials are searching for a man who robbed a bank on E. Thompson Lane.

A masked man demanded money from a clerk at the Fifth Third Bank at 11:20 a.m. Tuesday.

He was wearing a black skull mask over his face and a black jacket. Police say he was seen walking toward Murfreesboro Pike after leaving the store.

This gunman robbed 5/3 Bank's E. Thompson Lane branch @ 11:20 a.m. today. After getting money from a cash drawer, he left & was last seen walking toward Murfreesboro Pk. Have info about him? Please call 615-742-7463 for a cash reward. pic.twitter.com/phLE1tTe8f