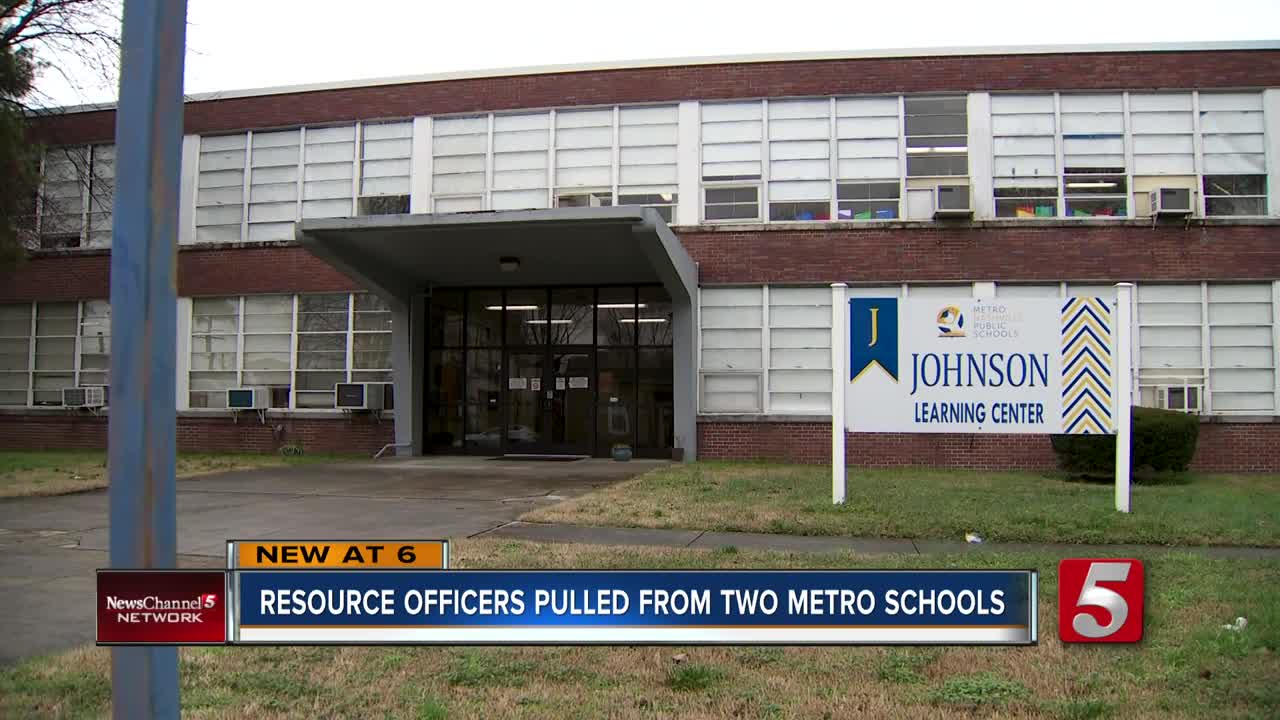 They are two of the most troubled schools in Nashville and starting March 1, both Bass W.A. Middle School and Johnson Alternative Learning Center will be without School Resource Officers.

NASHVILLE, Tenn. (WTVF) — They are two of the most troubled schools in Nashville and starting March 1, both Bass W.A. Alternative School and Johnson Alternative Learning Center will be without School Resource Officers.

The decision to pull the three Metro Nashville Police officers has been in the works for nearly a month. School Resources Officers or SROs positioned at the schools have reported “toxic” environments where they are verbally harassed, reportedly on a daily basis.

Across the Metro Nashville Public School district there are approximately 70 SROs. Every comprehensive high school has at least one officer as do most middle schools. Over time though, according to police, the SROs roles at both Bass and Johnson have had to focus most of their time on security issues instead of building relationships with students.

“Frankly in the alternative schools the mission has not been mentoring students but rather de facto security guards and that’s not the intended purpose of these SROs,” Don Aaron said.

“Word has gotten around that working in the alternative schools, if you’re a police officer, is not an ideal place to be,” Aaron added.

Metro Nashville Public Schools now have the option to station MNPS security guards at the schools if they choose. It’s unclear though if they would be armed, the way Metro Police SROs are.

The population of students at Bass and Johnson are made up of some of the most troubled students in the district. Many have lengthy criminal records and most have been kicked out of conventional high schools because of behavioral problems. Don Aaron insisted though that police are not abandoning the schools entirely.

“The Police Department will periodically be a presence at each school throughout the remainder of the year,” he said.

NewsChannel 5 reached out to MNPS for a statement. School officials responded saying:

The safety of students is our first priority. We understand the position of MNPD, and we remain committed to continuing conversations and maintaining a positive working relationship. We believe their presence is valuable in our schools and that their officers have a lot to share which positively impacts our students and the community as a whole.

The topic was addressed in an email from the district to school board members.

Last week Chief Anderson at MNPD shared with me that he is pulling the SROs from the Alternative Learning Centers. I communicated that I did not agree or think it was wise to pull SROs mid-year from our most vulnerable students. I also asked him to allow us to at least make it to the end of the year, but he said that was not possible. He noted that there is a shortage of SROs and he needed to pull the resource to redeploy them into larger schools with vacancies. We need to ensure the safety of our students and support our school-based staff. Therefore, I have authorized my team to hire 4 security personnel to be placed in the Alternative Learning Centers as soon as possible as to not have a gap in services. We did not plan on this expense, but it is too critical for safety concerns to not have full-time safety staff in each ALC. The security officers will not have arrest powers, and they will not carry weapons. As a result, we will take additional security measures, including having security check for dangerous objects as students enter the buildings. Chief Anderson shared that there will be a supervisor that rotates to provide support to Alternative Learning Centers instead of each learning center having its own full-time SRO.