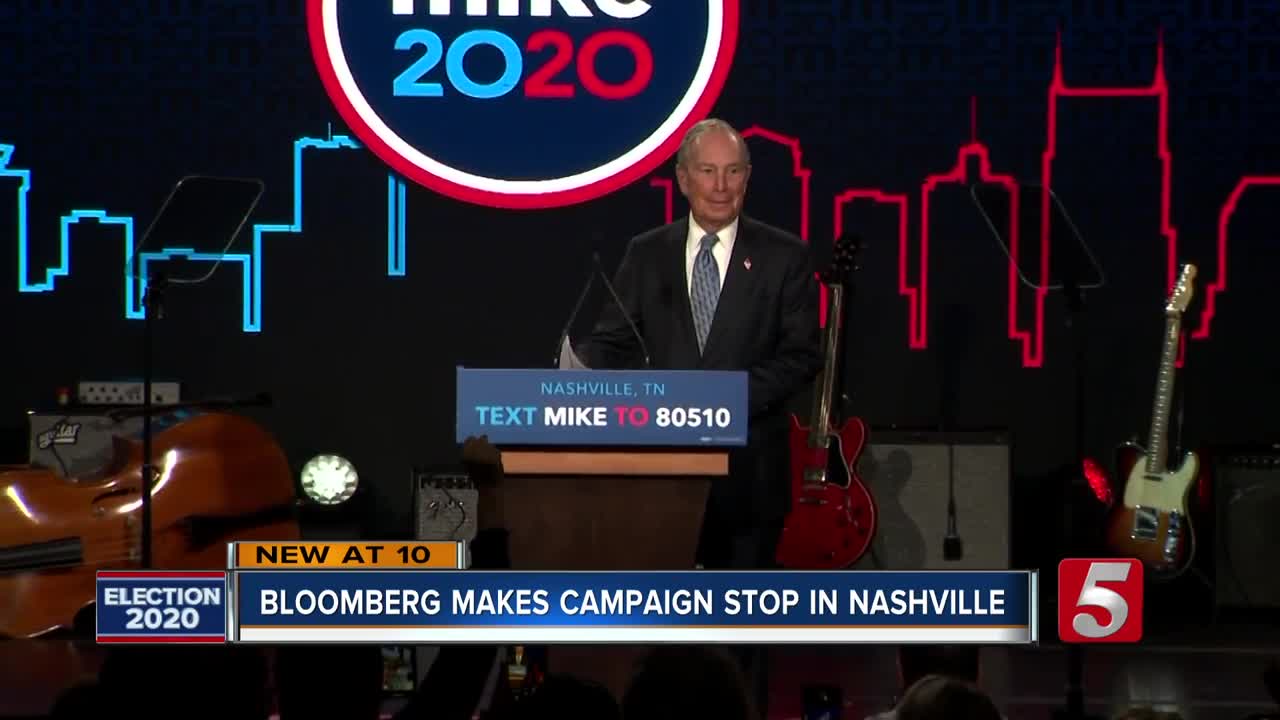 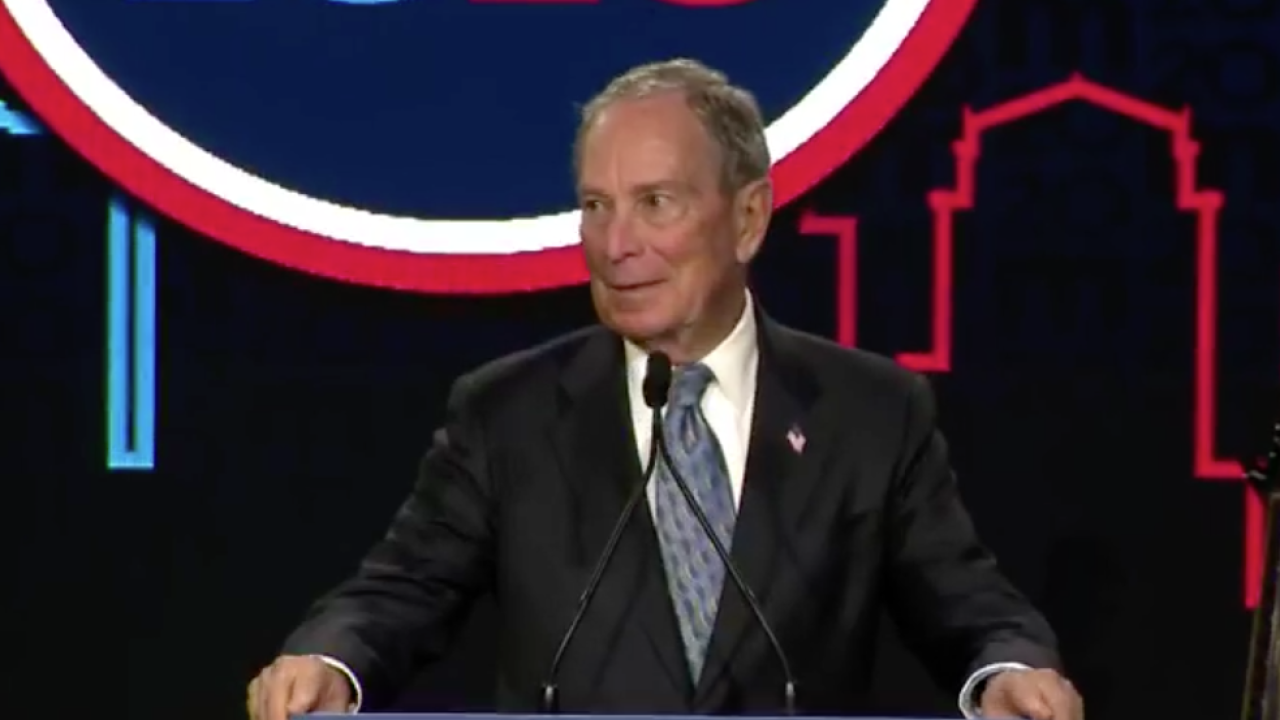 The two rallies marked the beginning of early voting in Tennessee ahead of the Super Tuesday primary. Wednesday's trip was Mike’s third trip to Tennessee since announcing his candidacy in late November.

Bloomberg's speach was a brief 13 minutes, but during that time he touched on a range of topics. He talked about common sense gun laws, a woman's right to choose and other hot topics, and repeatedly touted that he was the the candidate that could beat President Donald Trump.

"I think this campaign needs less hot air and a lot more hot chicken and I'm working on that," Bloomber said, I'm running a national campaign because that is what it's going to take to win this election."

The rally was interrupted by a person in the crowd yelling, "Mike lied about terrorizing inner city youth! How he increased stop and frisk!"

That's when supporters began booing the man and chanted "Mike" until the protester was led out. Bloomberg responded saying, "Just wanted to thank him for making me feel like I was at home."

The disruption was in relation to a report earlier this week that included audio in which Bloomberg is heard describing the stop and frisk policy as a way to reduce violence by targeting minority kids. He could also be heard saying male minorities make up a large percentage of "murders and murderers and murder victims"

In an interview NewsChannel 5 asked Bloomberg about the audio saying, "How do you move past that?."

Bloomberg responded saying, "I apologized for stopping too many people, and I've apologized for something I said at a conference five years ago. but look, we all learn as we go on, and I think if you take a look at the way we've conducted my company, my foundation, and the city, I'm very proud of what we've done. And I want to make sure that I focus on criminal justice reform."

During the rally, Bloomberg said "I am running to defeat Donald Trump." And his supporters say he's the best candidate for the job.

"The thing I like about him most is he can get under Trump’s skin like nobody else can because he’s a total contrast that everything that Trump is," said Bob Allen.

While other supporters like Michelle Todd says he deserves a second chance despite the opposition with his stop and frisk policy.

"Everybody needs a chance and I feel him, I don’t feel like he’s lying or faking or act like that man, the one we have now but he’s it."

In late December, Mike announced his national healthcare policy in Memphis and kicked off the grand opening of the state campaign headquarters in Nashville. He returned to the state on January 10 to open the Knoxville regional field office.

“The time, resources and attention Mike gives Tennessee shows his care and focus on Tennessee voters,” said Courtney Wheeler, Tennessee state director for Mike Bloomberg 2020. “We are glad to see he cares about our voices and are looking forward to giving him another big welcome this week.

The campaign’s deep presence in Tennessee is part of Bloomberg’s campaign to engage voters, win delegates on Super Tuesday and defeat Donald Trump.

*CNN contributed to this article