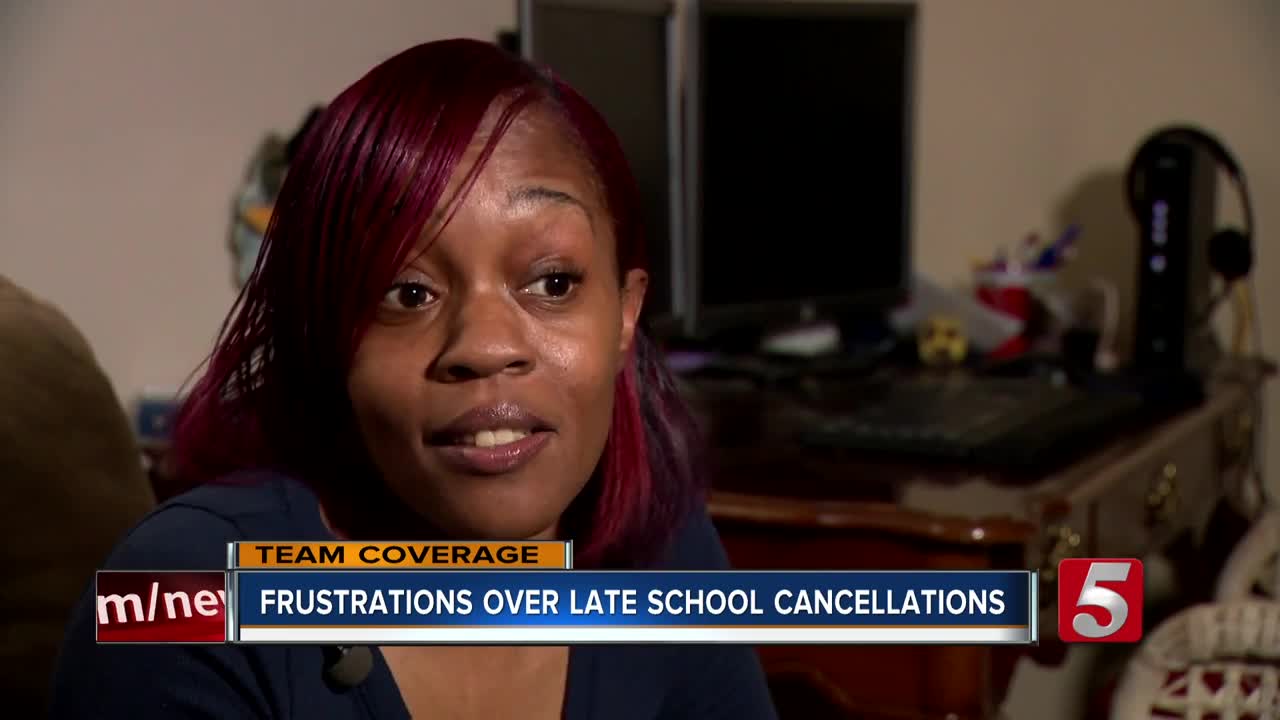 Many parents throughout the mid-state held nothing back on social media when school officials from several districts decided to cancel classes later than normal. 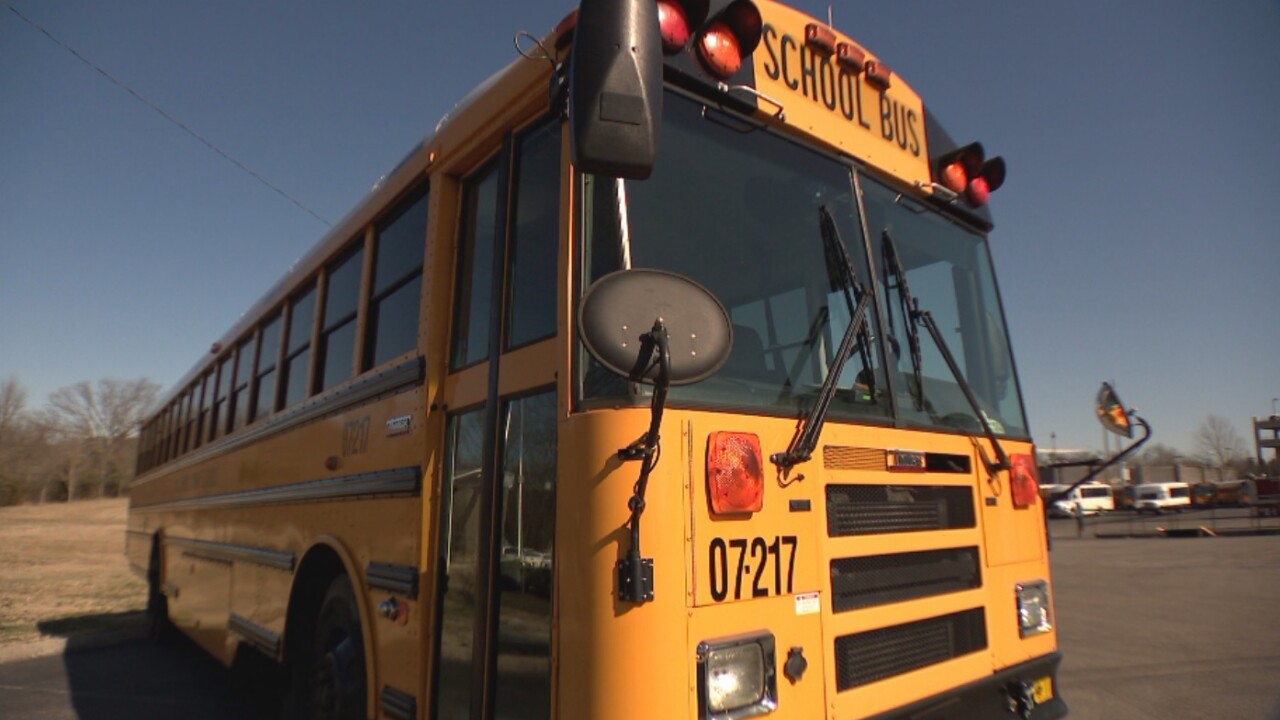 MURFREESBORO, Tenn. (WTVF) — Many parents throughout the mid-state held nothing back on social media when school officials from several districts decided to cancel classes later than normal.

School districts in Rutherford, Williamson and Davidson Counties announced the decision online to a flurry of concerned parents.

Parents questioned why schools were not delayed two hours like the day before knowing the freezing temperatures in the morning. Many felt the decision could have been made sooner to avoid confusion and hassle of working around schedules.

There were concerns parents would not be home when students were dropped off.

The decision prompted school buses en route with kids to turn around in Rutherford and Williamson Counties. Students already in school had to be bussed back.

Murfreesboro mother Jann Wilson told NewsChannel 5 she was never notified from the school about the cancellations.

"We didn't get any type of notification but I got notification from my child, " Wilson said. "That's frustrating."

Luckily, Wilson works from home and was available. However, she knows that is not the same for every parent.

"A lot of people do not have that luxury. I do have a job that affords me to work at home," Wilson added.

By the time her high school kids were waiting for the bus, the decision to close was already made. Her elementary school children made it back home but she claimed her 6th grade niece was left behind after some confusion.

"We were just sitting in the gym but they never called for my bus and and never got the information that it was there. We had to find out from other children but by that time it was too late, it was gone," her niece, Evelyn Alexander, told NewsChannel 5.

Another parent claimed to NewsChannel 5 that her 8-year-old daughter was bussed back to her home but was not able to get in because no one was home. She said a neighbor saw her and picked her up.

Rutherford County Schools Spokesperson James Evans replied on the claims saying, "Bus drivers made every attempt this morning to ensure that students could get in their homes when they were dropped off this morning, and if a bus driver knew that a student could not get into their house, they were brought back to the school. The schools then worked with those parents until the students could be picked up at the school."

Meanwhile, there are many parents who expressed support for school officials and understand the tough decision.

The school districts including Metro Nashville Public Schools all released a statement saying the unexpected, fast-moving winter went from dusting of snow to worsening road conditions.

We understand that some parents are upset by the timing of this morning's decision to close schools and send students back home.

We rely on weather forecasts to help us decide when to close schools for inclement weather, and from 4-6:30 a.m. this morning, those weather forecasts called for nothing more than a possible dusting. It was not until we approached 7 a.m. that we began seeing heavier snow fall in the northern part of our county and we began receiving reports from law enforcement in those areas of slick secondary roads.

We then made the decision to turn buses around for those who had not been delivered to school yet and started working with parents to get others picked up or bussed back home. We do appreciate our parents and their patience as we worked through the situation this morning and we appreciate all they do.

The band of snow swept through the northern part of the county when our buses were already on their middle and high school routes. While the predawn reports indicated no accumulation, our bus drivers began sharing that conditions were deteriorating on the roads. Dr. Looney quickly made the decision to close school, end the bus routes, and return bus riders back to their homes. We understand the timing of this weather system was unfortunate, but Dr. Looney always makes the decision to close school based on the safe transportation of children. The elementary students who participate in the School Age Child Care program are being taken care of at their schools. We apologize for the inconvenience this has caused our families.