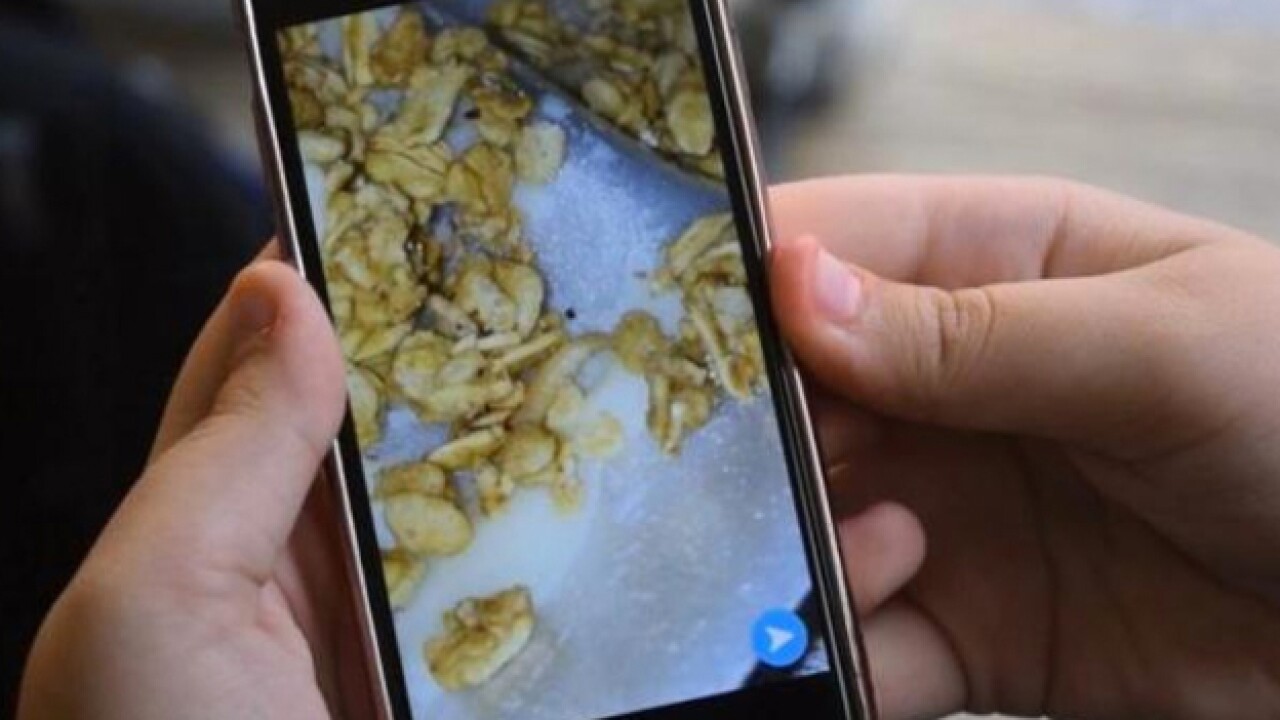 Madisonville Middle School seventh-grader Madison Smith told a WBIR News that that the bugs she and other students saw in their granola "looked like maggots" so they stopped eating and took video to send to their parents.

A statement from Monroe County Director of Schools Tim Blankenship says the flour mites were in a bag sealed in original packaging that had just been opened Sept. 4 for lunch. He said after students reported it, the granola was immediately removed.