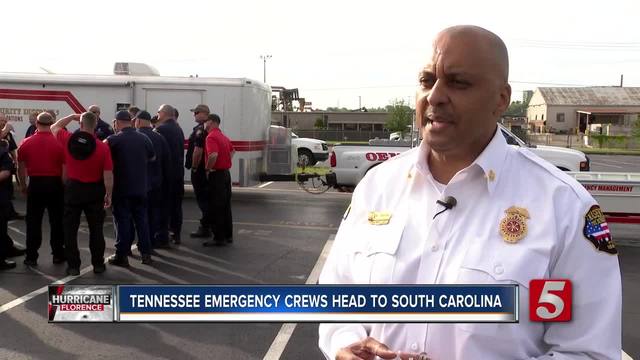 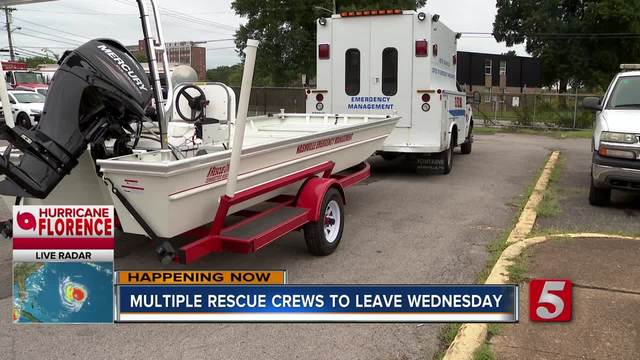 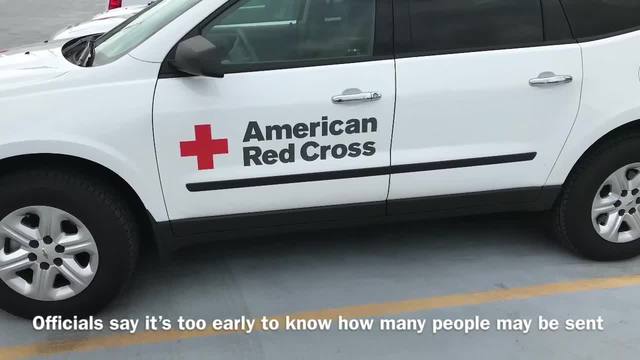 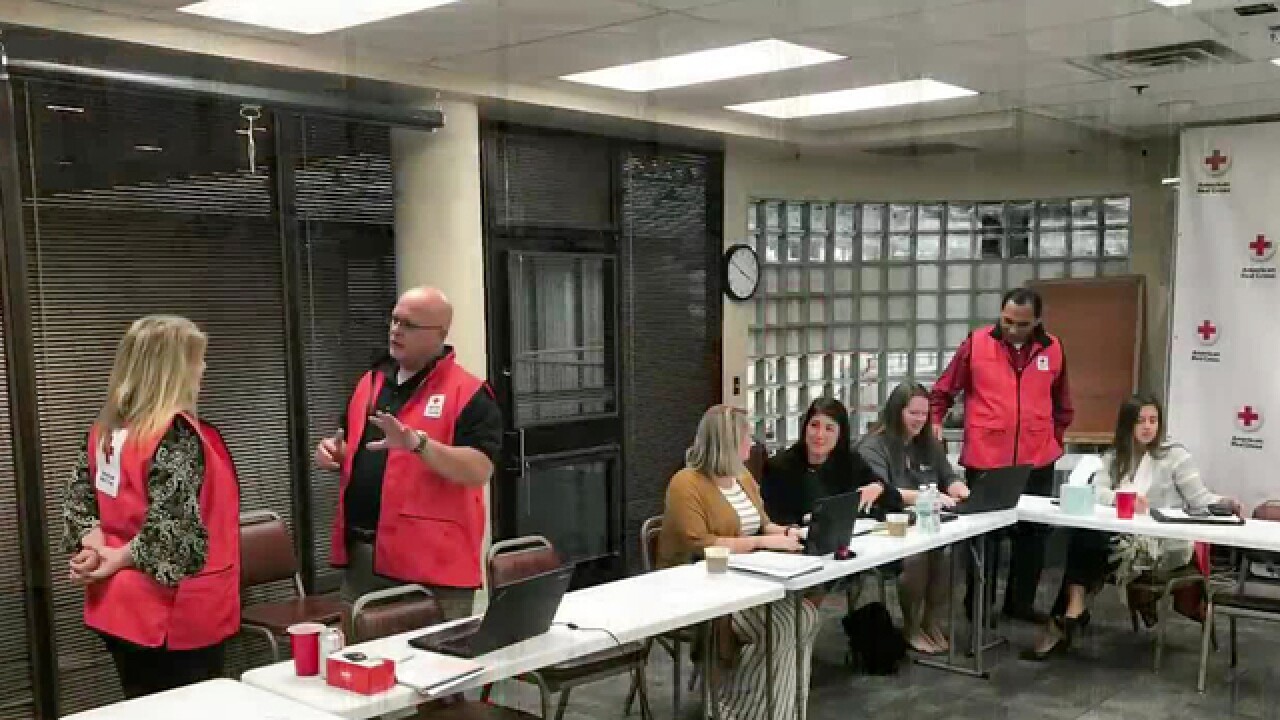 At the American Red Cross in Nashville, the disaster operations center will be a busy place over the next few days. Two people from Clarksville, two from Murfreesboro, and two from Memphis left for South Carolina Tuesday. The Red Cross is also sending Emergency Response Vehicles to the coast ahead of the storm to help with distributing food and supplies.

Officials said it is too early to know how many people from Middle Tennessee could be sent to help storm victims. The first group deployed will focus on setting up evacuation shelters. After the storm makes landfall, the focus will switch to cleanup and recovery.

Officials said they are preparing for some long days and weeks ahead.

“I think what’s going through all of our minds is clearing our personal and professional commitments we have and trying to rally our team,” said Mary Beth Birge, Regional Disaster Officer for the American Red Cross of Tennessee. “We go into grueling conditions and it takes a lot of energy, and we want to give them our absolute best.”

Two teams of 12 members will help with rescue efforts. They will take multiple rescue boats and divers with them. They are expecting to stay in the area for eight days.

A crew from Rutherford County Fire and Rescue will leave Wednesday, along with two swift water rescue teams from Williamson County.

Hurricane Florence is currently a Category 4 storm as it churns toward the East Coast. It is expected to make landfall on Friday morning.

Donations can be made to the American Red Cross at redcross.org, by calling 1-800-RED-CROSS, or by texting the word "Florence" to 90999 to make a $10 donation.

Mandatory evacuation orders are in place for coastal areas of North Carolina, South Carolina, and Virginia. As many as 1 million people are expected to evacuate, and some may end up in Tennessee.

Several hotels in Cookeville and Putnam County announced discounted rates will be available to evacuees.

The Tennessee Department of Tourist Development is asking hurricane evacuees to check the Tennessee Welcome Center on the interstate for a list of available hotel and motel rooms.

The Lebanon Municipal Airport tweeted Tuesday, it has room for about 20 aircraft on its ramp.

Officials with the American Red Cross said it is also prepared to help hurricane evacuees who come to Middle Tennessee looking for shelter.

Some college football games are being rescheduled or moved due to Hurricane Florence.

The University of Virginia and University of Ohio game scheduled for Saturday will be relocated to Vanderbilt Stadium. Kickoff will be at 4:30 p.m. eastern time.

The Tennessee State University game against Hampton scheduled for Saturday has been postponed.