U.S. Marshals have confirmed that missing Carlie Trent has been found safe.

Missing Carlie Trent was found safe in Hawkins County, and her uncle, Gary Simpson was taken into custody.

She was taken to the hospital to be checked out, but appeared to be okay physically.

TBI Director Mark Gwyn  said two Hawkins Co. residents, Stewart Franklin and Donnie Lawson, found Carlie and her uncle deep into the woods on their property in an area that was only accessible by ATV. 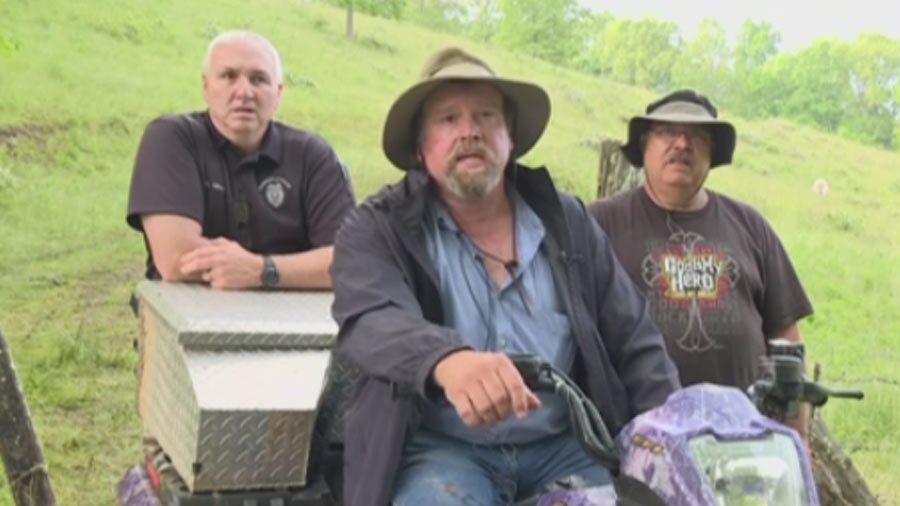 TBI officials said the property owner held Simpson at gunpoint while the other person called 911.

Franklin said he was a part of a group of men who had been searching for Carlie every day since she disappeared. He said they focused on that particular part of Hawkins County because there were a lot of abandoned cabins.

They had been searching the area on 4 wheelers since 9 a.m.

"There have been a lot of prayers offered up and I’m thankful for every person who said a prayer," said Franklin.  "We are thrilled to death to find her."

The two men have been named heroes, as they took the time to search the entirety of their property.

Authorities also recovered the Simpson's van which was parked nearby.

Simpson has been charged with Especially Aggravated Kidnapping, and TBI officials said they would be working with District Attorney, Dan Armstrong, to pursue additional charges.

The search for Carlie began when TBI officials said Simpson removed her from school on May 4 under false pretenses. He previously had custody of Carlie, but her father was recently granted custody.

After several days of being missing, the reward for her safe return had reached $40,000.

Officials said just within Tennessee they took a total of 1,850 leads over the course of seven days. When asked if Carpenter and Lawson would receive that reward, Gwyn responded by saying they haven't figured that out yet, but there's no way they could put a price on Carlie's life.

Simpson was booked into the Hawkins County Jail and was held without bond.