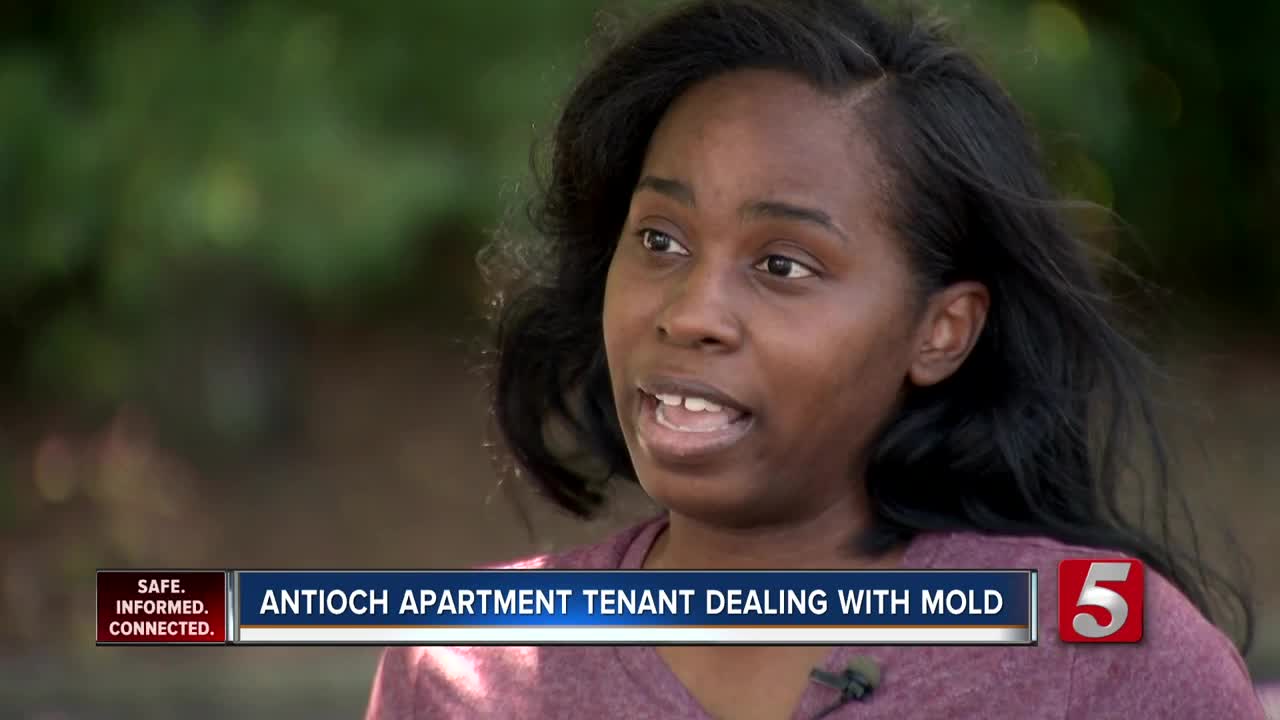 A warning from an Antioch woman claiming issues with mold in her apartment caused her to move -- even after temporary fixes by maintenance. 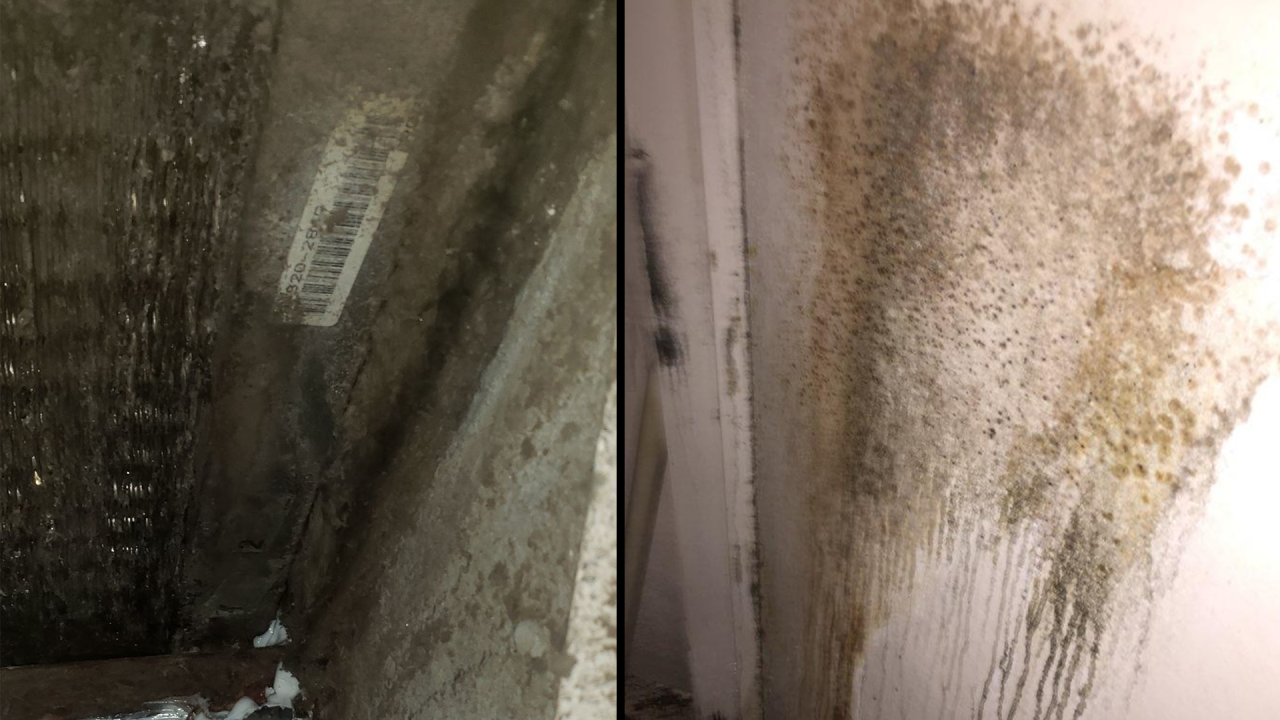 ANTIOCH, Tenn. (WTVF) — A warning from an Antioch woman claiming issues with mold in her apartment caused her to move -- even after temporary fixes by maintenance.

Kimberly Newman officially moved out of the Hickory Highlands Apartments on Monday after she said a mold issue she first reported to management on Aug. 11th was not completely fixed.

"August the 11th, I was walking on the carpet getting ready to go out of the house and noticed that the carpet was wet. I opened up the maintenance closet and it was completely covered with mold and there was leakage and there was a garbage bag that had fallen off of the AC Unit," she said.

Newman recalled in late May, she requested the same AC Unit be fixed.

"When they told me they fixed the problem I thought it was fixed," she said.

Two months later, on August 11th, she discovered the leaking was still happening. Newman e-mailed Bridge Property Management explaining her issues and demanding repairs. She says after the August discovery, maintenance replaced the moldy closet door, sprayed bleach and repainted the walls. Concerned for her childrens health she sent all three of them to live with her mother that same day.

"My daughters are sleeping on air mattresses. As a mom it's nothing that I feel good about and it's not my fault and I don't feel like it should be penalized like it is my fault. I just don't want anyone else to go through something like this," she said.

Newman took to social media asking for help and advice. She said in order to break her lease she has to pay $2,052 which she does not believe she should after living on the property for five years.

"The reviews that are posting online they're not to get back at the apartment complexes or try to make them the villain but they are to warn people that this type of stuff is going on and you should heed the words of the people that are living there and paying rent there," Newman said.

Zac Oswald, a Managing Attorney for Legal Aid Society said the non-profit offers a range of help for tenants.

"The range of legal services that Legal Aid Society offers goes all the way from giving advice to people so that they can take care of their own problems to offering clinics to people where they can come in a speak face to face to a lawyer about their problems, all the way to representing them in court. Whether it be with an eviction or against a landlord who is taking advantage of a tenant," he said.

There are opportunities for tenants to go and dispute those charges on their credit report but the only other option is to file a lawsuit in Tennessee to basically declare who was right in the situation so that put tenants at a real disadvantage that even if they did everything right, they tried to get things fixed with their landlord the landlord still didn't do a good enough job and the tenant was living in a place that just wasn't safe and wasn't healthy for their family to be there. The tenant can move out and the landlord can still take those actions and put it on their credit report. It becomes very difficult for the tenant to try and overcome that credit rating issue at that point even if they dispute it unless the landlord doesn't respond or they admit that they were wrong," Oswald said.

Anyone looking to have tenant repair requests to management can use this form as a guide.