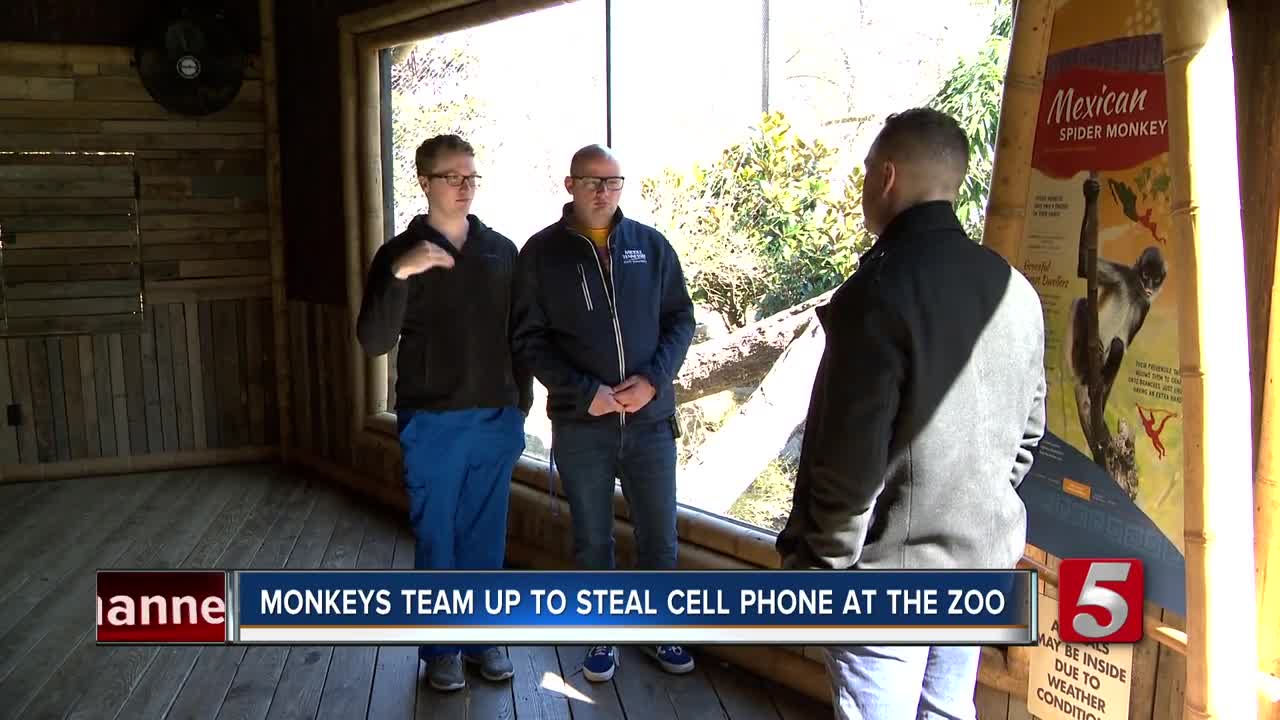 Nashville Zoo employees had the odd task of retrieving an iPhone that was dropped into the spider monkey exhibit on Wednesday. 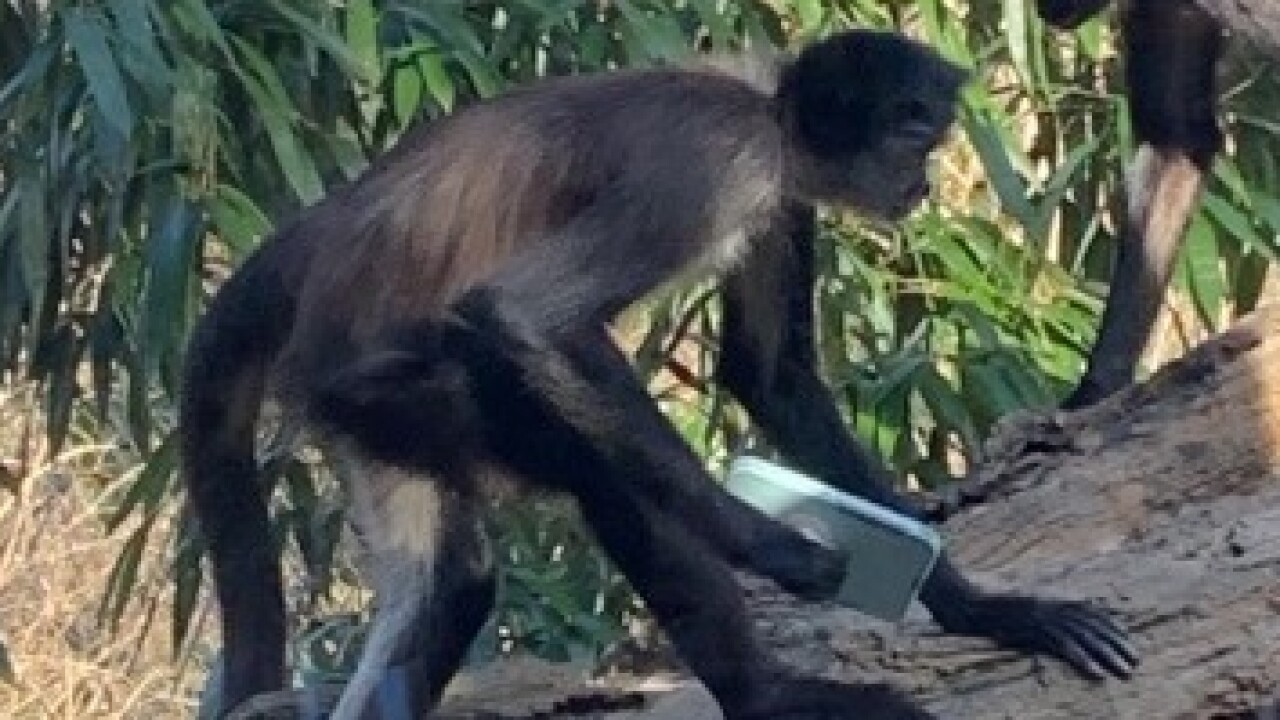 NASHVILLE, Tenn. (WTVF) — Nashville Zoo employees had the odd task of retrieving an iPhone that was dropped near the spider monkey exhibit on Wednesday.

Steven Matthews and Alston Prater, who were visiting the zoo at the time, caught photos and videos of the employees using sticks through a fence an attempt to return the phone.

Officials say a zookeeper was working on the exhibit's fencing when they dropped the phone near the enclosure. That's when the monkeys worked together to reach through the fence and pull the phone into the enclosure.

"A keeper was behind the scenes doing some updates to the exhibit, doing some repairs to the exhibit and unbeknownst to her she dropped her phone like a lot of people do," said Jim Bartoo, spokesperson for the zoo. "They were working and climbing around in areas and she was not aware that it was missing and it was close to where the spider monkeys could grab it."

Sandy is a male spider monkey of the four monkey troop. Prater said Sandy had the phone the longest, though other monkeys played with it too.

One of the monkeys grabbed the phone and carried it by the popsocket on its back as it walked along the exhibit's tree branches. It continued to try to pull the round handle off the phone until dropping it several feet to the ground.

It's a good thing the phone has a case on it, because the monkey didn't care about being gentle.

Eventually, staff were able to use a stick to scoot the phone over to the fence of the enclosure. The phone was not seriously damaged by the monkeys.

Editor's Note: A previous version of this story said a visitor dropped their phone, which was incorrect. The correct information has been added to the article.