Mother Body-Shamed On Airplane Thanks Nashville Man For Intervening

A social media post crediting a Nashville man for stepping in to comfort a flight passenger who was body-shamed has gained plenty of attention. 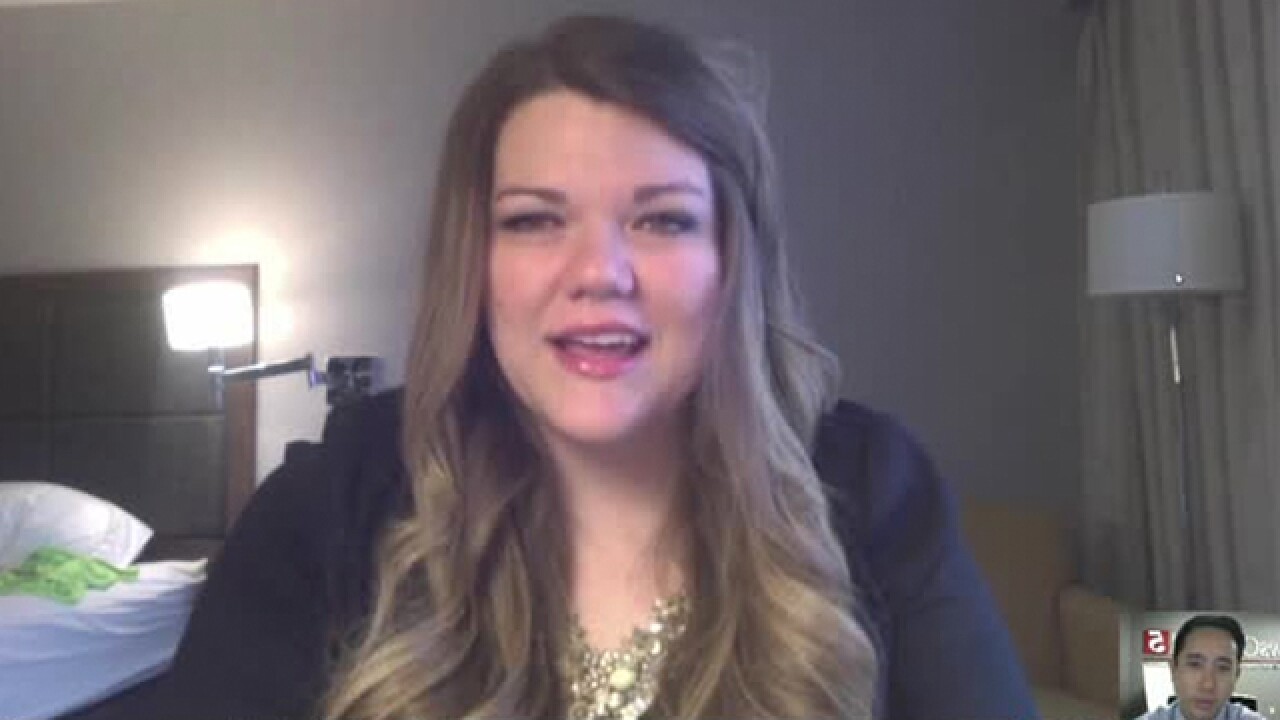 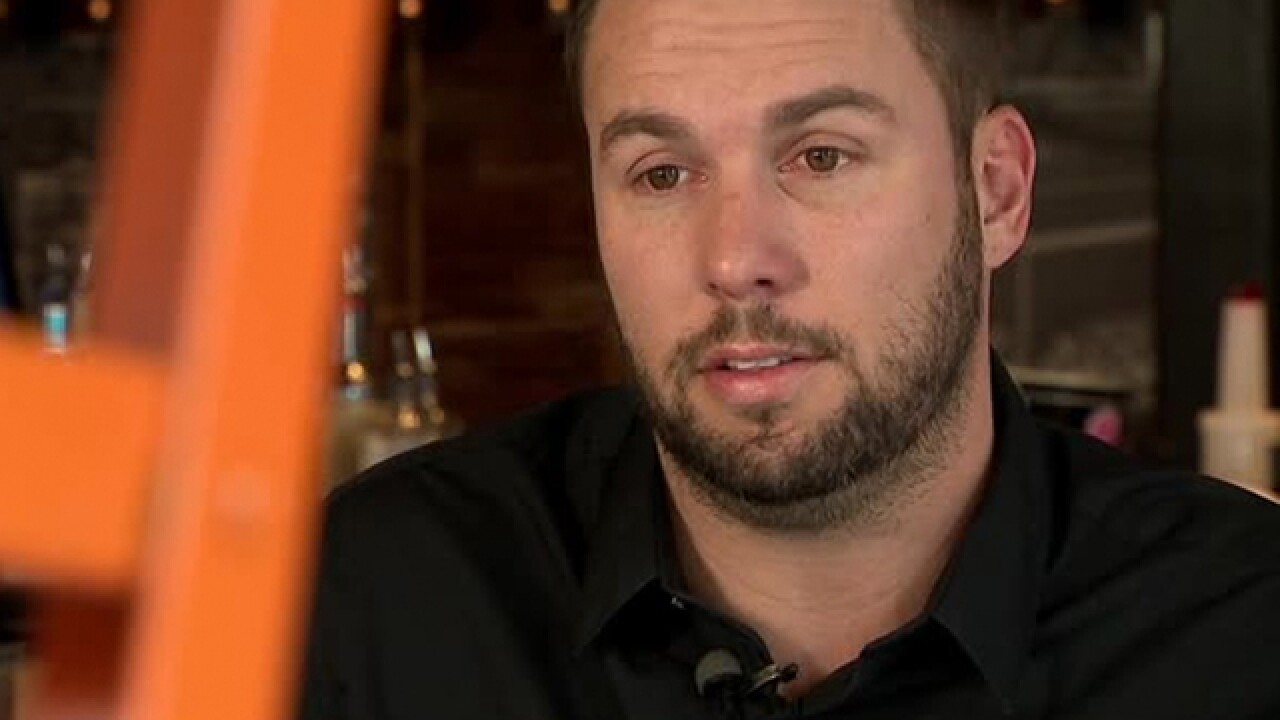 A social media post crediting a Nashville man for stepping in to comfort a flight passenger who was body-shamed has gained plenty of attention.

Savannah Phillips wrote on Facebook about her experience after being called "a smelly fatty" on board a United flight from Oklahoma to Illinois on Monday.

The mother always preferred to sit by herself in flights because she was self-conscious about her weight, and feared others would feel uncomfortable sitting next to her.

A man she described to be in his 60s with yellow sunglasses who claimed to be a comedian sat next right next to her.

Her post stated,"As soon as I got buckled, he sat back down...his phone was maybe 12 inches from my face and he proceeded to text someone that he was sitting next to a "smelly fatty." I don’t even know what the rest of his text said. I turned my head away as fast as I could. I was shocked and it was like confirmation of the negative things I think about myself on a daily basis. Before I knew it, I could feel hot, salty tears coming down my face."

Phillips told NewsChannel 5 she began to cry and even prayed for the man. Unbeknownst to her, another passenger sitting in the row behind them across the aisle also happened to see the message on his phone.

"He tapped him on the shoulder and said, 'I need to talk to you'" she recalled. "The guy took his earphones out and turned around and he said, 'We're switching seats right now.'"

Phillips remembered the passenger saying he was not going to put up with what the man said. They eventually switched seats, and an unlikely and pleasant encounter ensued.

"When he sat down he saw me crying and asked why I was crying." Phillips said. "He said to not let it get to me and not to worry about it, and we started making small talk which made me feel better."

She learned the passenger who helped comfort her was Chase Irwin, a father and manager at Dierks Bentley's Whiskey Row Nashville on Broadway.

Phillips shared  her experience on social media in hopes he would be recognized, and within half an hour, he acknowledged reading the post.

Irwin emphasized to NewsChannel 5 on the phone that he did not intervene for publicity. He described feeling infuriated once seeing the message from the man's phone after he further said he was going to vomit.

"I was going to wait until the end of the flight to say something but I could not have this guy sit next to her this whole flight and her thinking he's making fun of her," Irwin said. "It really gets to me deep down when I see someone crying, and when I saw her crying it really hit me hard and actually got sick to my stomach."

"I was so blessed and happy he was there," Phillips added. "I hope it sets a good example for others for what they should do in situations like that and to stick up for people when they need help."

I am only sharing this story of what happened to me today in hopes that the person who stuck up for me will somehow be recognized...

I’ve been on airplanes for the past three weeks. My flight to Chicago was changed to an earlier flight because of storms, so I didn’t get to pick my seat like a normally do. I always try to sit in a row where I don’t have to sit next to anyone. I’m not the biggest person on the airplane, but I’m not the smallest. My worst nightmare is someone being uncomfortable because they have to sit next to me.

My seat was assigned at the gate, and when we boarded I was sitting next to an older guy who said he was a comedian. He looked like he was in his 60s and had on bright yellow sunglasses. He stood up so I could get into my seat next to the window. As soon as I got buckled, he sat back down. The flight attendant started the safety speech and he got his phone out (with huge font and the screen brightness turned all the way up). His phone was maybe 12 inches from my face and he proceeded to text someone that he was sitting next to “a smelly fatty.”

I don’t even know what the rest of his text said. I turned my head away as fast as I could. I was shocked and it was like confirmation of the negative things I think about myself on a daily basis. Before I knew it, I could feel hot, salty tears coming down my face. I sat and cried silently, hoping this guy didn’t try to make small talk, because I didn’t trust how I would react and I didn’t want to get kicked off the plane. I was so hurt. The pilot came overhead and said there would be a 30 minute delay before he could take off- great. Just more time I would have to sit next to this creep.

We sat on the runway waiting for the OK to take off for about 10 minutes - I sat there unable to stop silently crying. I was scrunching myself up against the wall as far as I could. All of a sudden, someone from behind us taps on the guy’s shoulder and says, “Hey - I need to talk to you.” The guy next to me takes out his headphones. Someone behind us says, “We are switching seats. Now.” The guy next to me said, “OK- why?” And I hear someone say (removing curse words), “You are texting about her, and I’m not putting up with that.” A guy comes and sits next to me and is shocked when he sees me crying. He asked if I saw the texts and I nodded yes. He encouraged me not to let that guy get to me and that everything was going to be fine. We talked about Ross and the kids, his two year old son, our jobs, amongst other things.

He said he just happened to see that guy’s text messages he started shaking he was so mad and knew he had to do something. He stopped the flight attendant and told her what he was about to do. I told him thank you for what he did and that it meant the world to me - and that he would be my husband’s new favorite person. The flight attendant kept trying to give him free drinks and told him that he was her hero.

So - this guy’s name is Chase - he works for Whiskey Row in Nashville. Share this post, look him up- whatever - he did prove to me today that (1) not only does God see me, but (2) there are more good people in the world than bad.