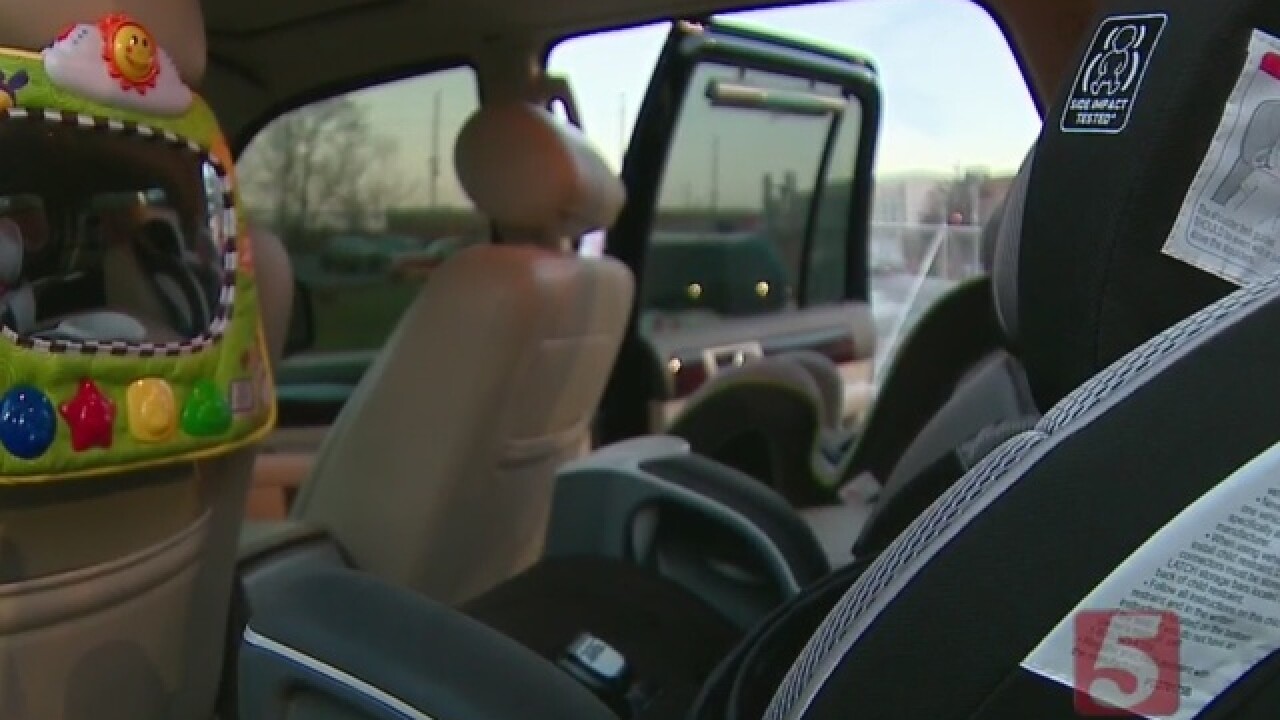 Copyright 2018 Scripps Media, Inc. All rights reserved. This material may not be published, broadcast, rewritten, or redistributed.
&lt;p&gt;FILE PHOTO&lt;/p&gt;

According to a police report, a mother was found unconscious in a car with a man and her 6-month-old baby.

Officers were called to 1000 Rosa L. Parks Boulevard for a report of two people unconscious with an infant in a vehicle.

Once the got to the scene, a medic administered the overdose drug, Narcan, to the man who appeared to have overdosed. The woman, Kandace Roberts, came to on her own after EMS arrived.

A 6-month-old baby girl was found in a car seat with the door open.

First responders found heroin and marijuana on the man and a bottle of Xanax under the passenger seat along with a blunt inside a cigarette pack on the seat next to the baby.

The man was taken to St. Thomas and has not been charged, but he told police Roberts snorted heroin, took heroin pills and Xanax that day, resulting in her being charged with child endangerment and the child being placed in DCS custody.