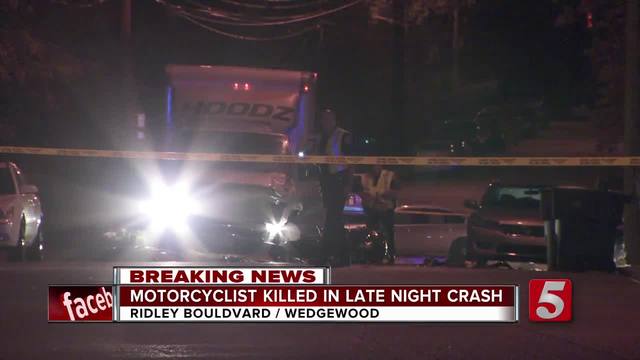 A motorcyclist was killed in a late night crash in the Wedgewood area of Nashville. 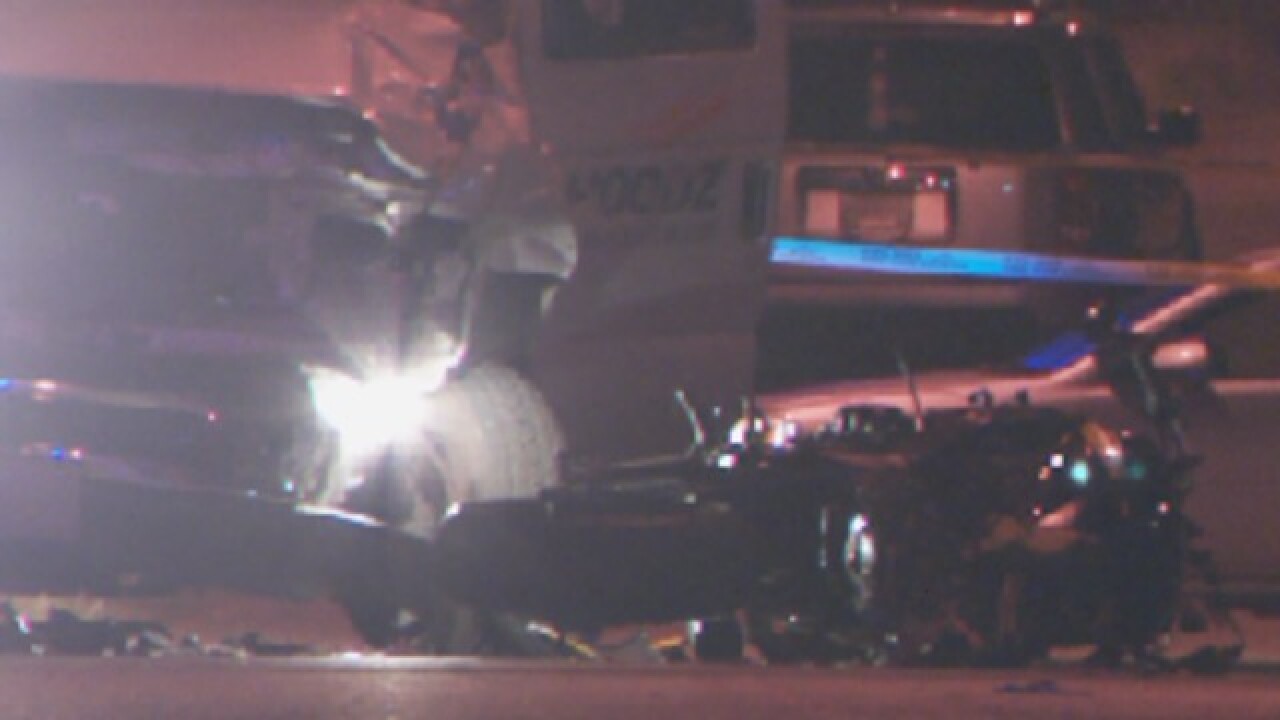 A motorcyclist was killed in a late night crash in the Wedgewood area of Nashville.

The crash happened at about 10:30 p.m. Thursday on Ridley Boulevard, near Interstate 65.

Metro Nashville Police said the motorcyclist collided with a box truck along the street. The 38-year-old man was taken to Vanderbilt University Medical Center, where he died.

The road was shut down for the investigation until about 2 a.m. Friday.

Investigators are now looking into factors that caused the crash.