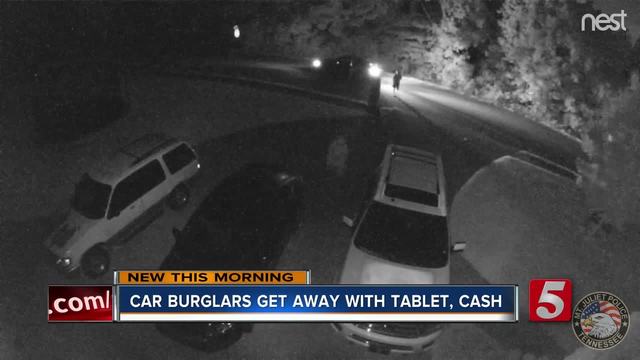 Mt. Juliet police have urged the public to be vigilant after four cars were burglarized in the area. 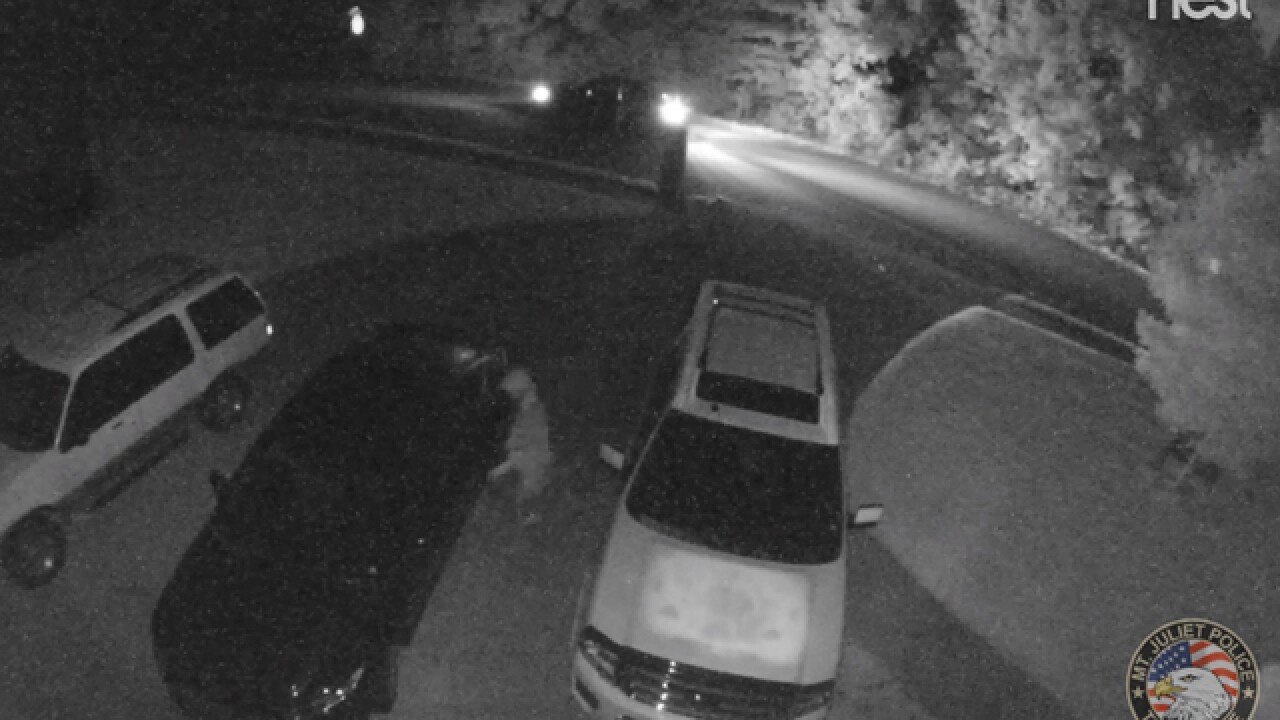 Mt. Juliet police have urged the public to be vigilant after four cars were burglarized in the area.

The incidents happened around 2:30 a.m. Wednesday in the Cambridge Crossing neighborhood. Police said the burglars searched for unlocked cars off North Greenhill Road.

Surveillance video showed two people going car-to-car looking for vehicles that were unlocked, while a getaway car kept watch on the street.

In one incident, police said the suspects entered an open garage and burglarized both vehicles inside. The specific streets affected were Wrencrest Drive and Brenthaven Drive.

Residents were urged to remove all valuables, including any vehicle titles, from their cars and make sure the doors are locked. Homeowners were also asked to check their outdoor surveillance video footage to see if any suspects were caught on camera.

A $500 cash reward has been offered for information leading to a conviction in the case.