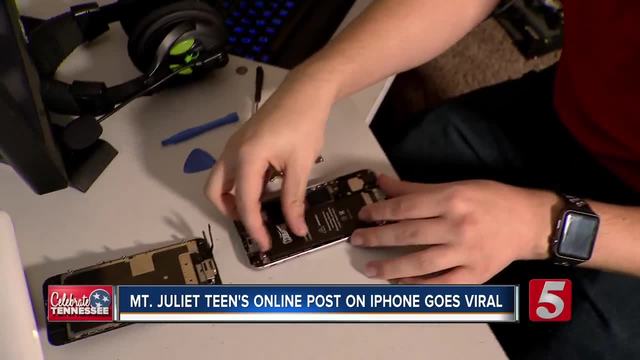 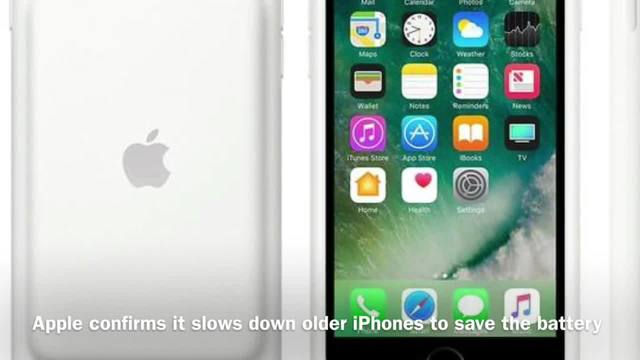 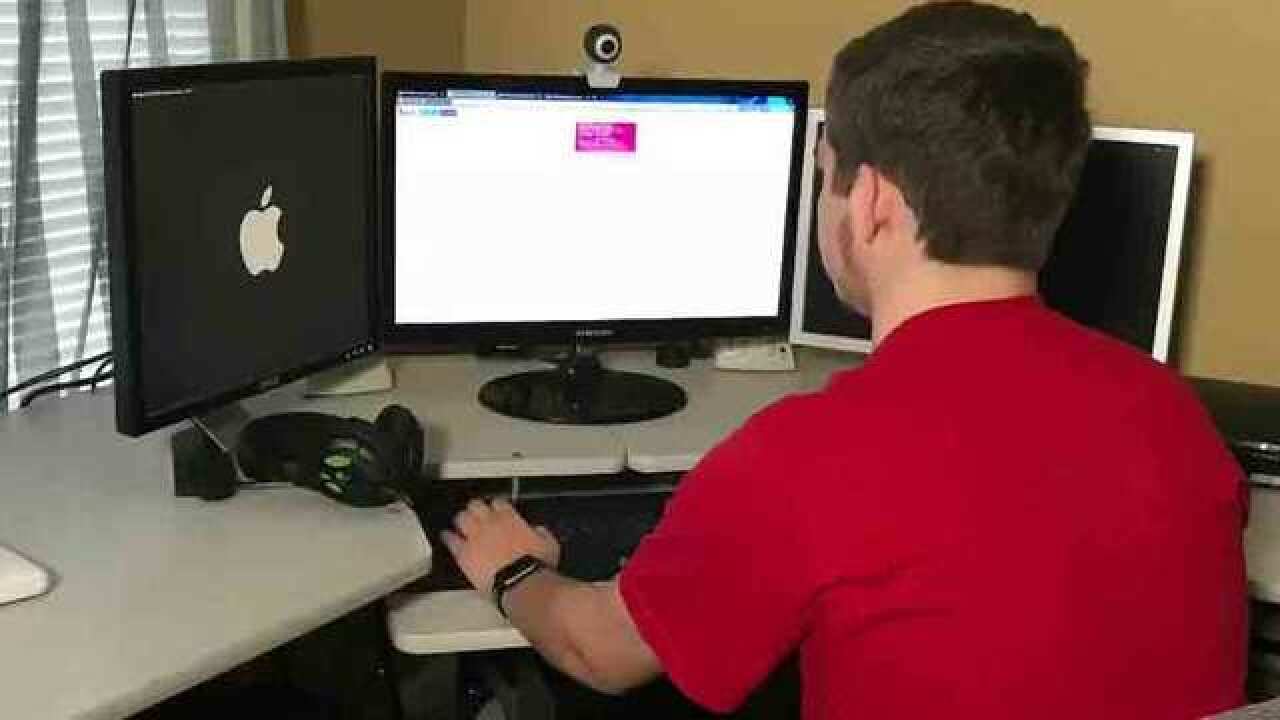 A Mt. Juliet teenager's online post about why his iPhone was running slowly has landed him in the national spotlight.

Tyler Barney, age 17, was determined to figure out why his iPhone 6s wasn’t running smoothly. His brother’s phone, which was an older model, was a lot faster. After he replaced the battery, he noticed a big improvement. He shared the information on Reddit, and the post went viral.

“By the end of the day it had a couple hundred comments,” said Barney. “By the next day, it was in the thousands. I was like, wow!”

The post also resulted in a statement from Apple. The company confirmed it did intentionally slow down the older phones. The reason was to stop the phone from drawing too much power from the battery, causing the device to shut off.

“Our goal is to deliver the best experience for customers, which includes overall performance and prolonging the life of their devices. Lithium-ion batteries become less capable of supplying peak current demands when in cold conditions, have a low battery charge or as they age over time, which can result in the device unexpectedly shutting down to protect its electronic components.

Last year we released a feature for iPhone 6, iPhone 6s and iPhone SE to smooth out the instantaneous peaks only when needed to prevent the device from unexpectedly shutting down during these conditions. We’ve now extended that feature to iPhone 7 with iOS 11.2, and plan to add support for other products in the future."

Barney said the quick fix for the problem is to replace the phone’s battery. This can be done at an Apple store for about $80, but Barney opted to change the battery in his phone himself.

“Batteries degrade over time,” said Barney. “As you use it more, it starts to lose the original capacity it could hold.”

Barney said he simply shared the information to help others and never expected the overwhelming response. He said computers are one of his hobbies. He enjoys buying older models online and fixing them up. His expertise landed him a job as an IT manager at a local law firm when he was 15 years old.

“I really didn’t expect this to happen,” said Barney. “Now my little post has been broadcast all over the world and helped as many people as possible.”

In addition, Apple has now been facing multiple class-action lawsuits filed by customers accusing the company’s practices as “deceptive, immoral and unethical.”

Apple has not commented on the lawsuits.