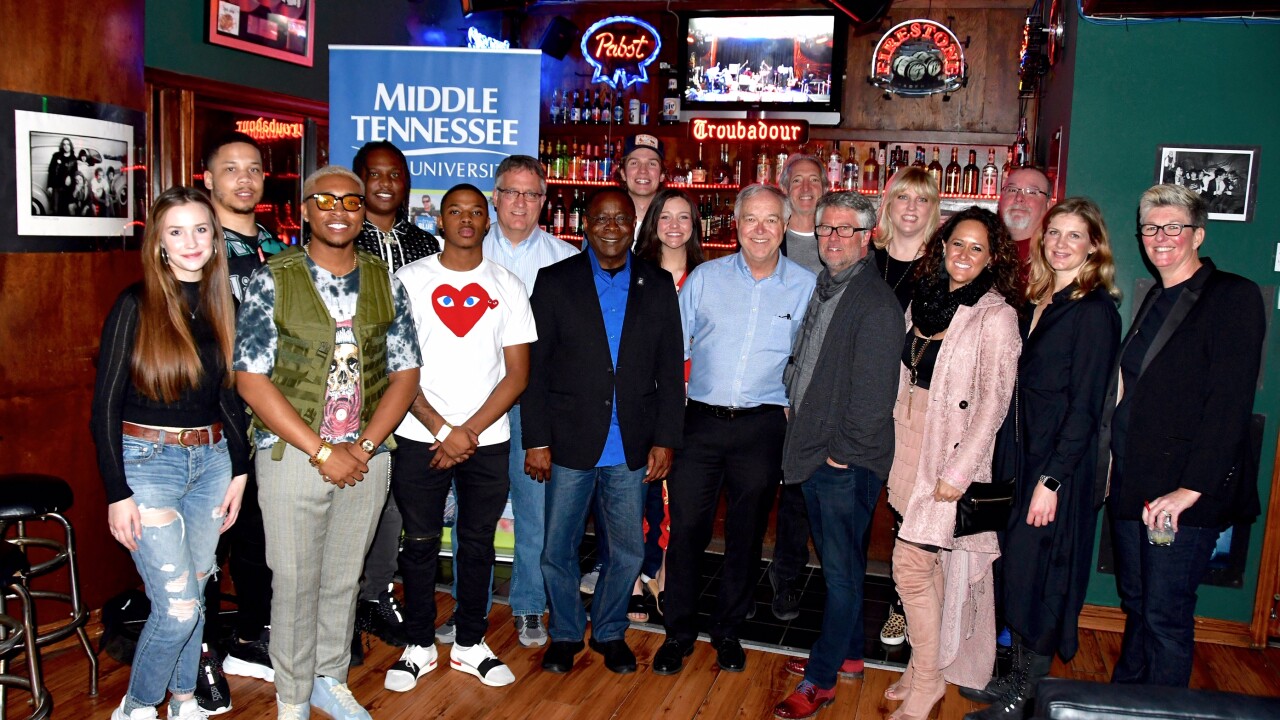 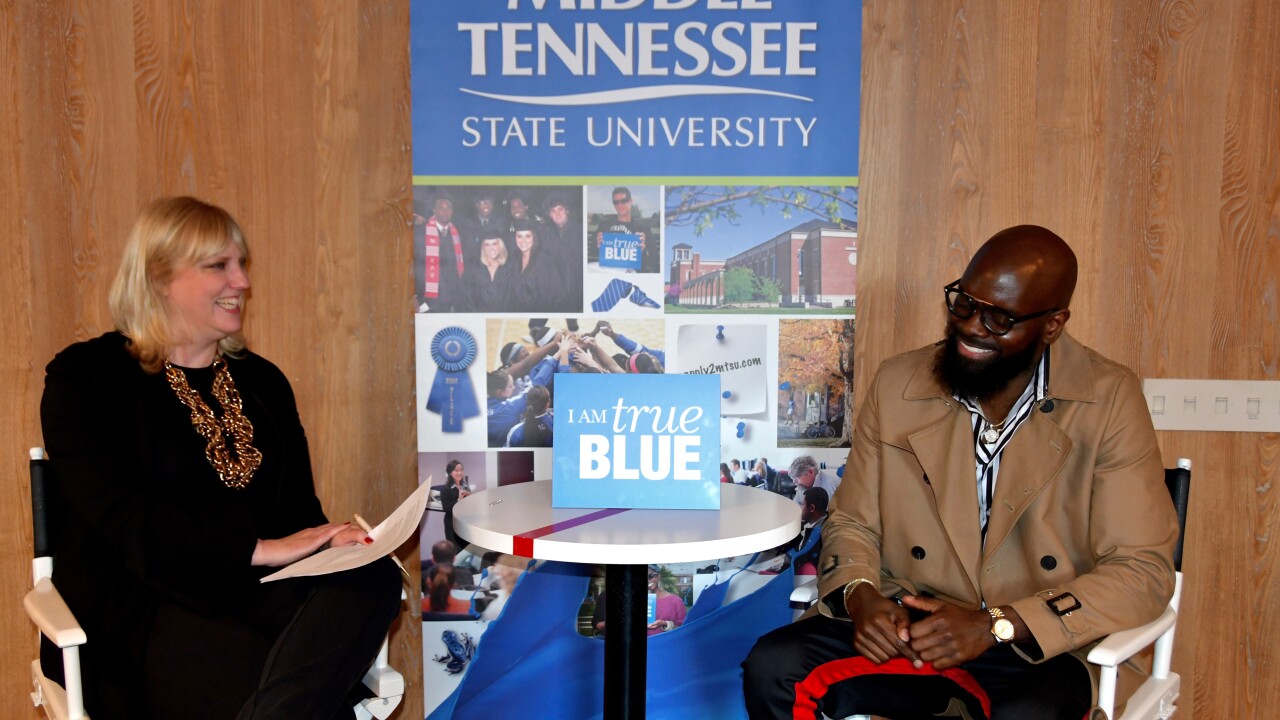 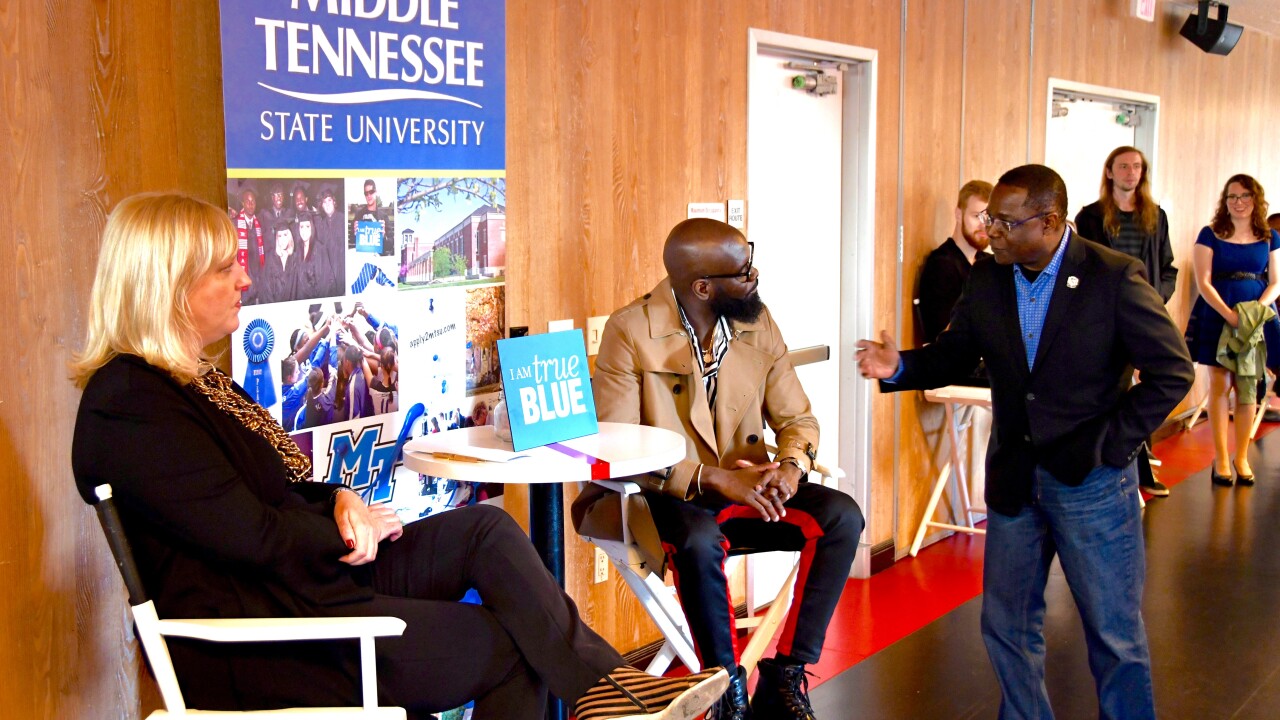 LOS ANGELES, Calif. (WTVF) — Middle Tennessee State University students and faculty are at the Grammy Awards for the sixth year in a row to celebrate the success of graduates in the recording industry.

On Sunday, MTSU Department of Recording INdustry graduate Luke Laird won a Grammy for best country song for “Space Cowboy,” which he co-wrote for Kacey Musgraves.

MTSU then co-sponsored a reception for Nashville’s Leadership Music members at the Rock ‘n’ Fish restaurant next door to the Staples Center.

President Sidney A. McPhee said this year’s MTSU Grammy trip, the sixth in a row for the school, was the most successful, drawing many alums and industry officials.

The university also held a brunch in downtown Los Angeles in honor of repeat Grammy-winning songwriter/producer and alumnus Torrance "Street Symphony" Esmond. He is one six other university-connected people with grammy nominations this year.He shared some of his memories at MTSU with NewsChannel 5.

"I remember walking through MTSU, they had the wall of fame, it used to be little pictures of people, and I would line up on the wall and and watch this, and make every body laugh. You never know who will end up on the Wall of Fame, or end up running a publishing company, or being an artist or successful song writer," Esmond said.

In addition, six students from the Department of Recording Industry went backstage to see firsthand how the Recording Academy is preparing for the big show.

MTSU teamed up with "Leadership Music" for a reception for Nashville-area recording industry executives and artists before the national telecast of the Grammy Awards ceremony.