Officers from the Metro Nashville Police Department responded to the scenes of two shootings where reports stated three victims, including two children, were killed and two adults were injured.

The incident began in the 2600 block of Jenkins Court around 4 p.m. Friday. According to police, a woman and her two children, ages five and eight, were in the front yard.

The mother, identified as 45-year-old Darnykka Daniel , suffered a non-life threatening wound and was being treated at Vanderbilt University Medical Center.

Police said just minutes after the shooting on Jenkins Court, the gunman, identified as 24-year-old Queshan Brooks, then allegedly went to 10th Avenue North and carjacked two men in a gold Chevrolet Impala.

Brooks fled in the Impala, which was spotted after it spun off of Interstate 40 near 51st Avenue in West Nashville. Brooks was arrested in connection to the shootings after he had been walking on the interstate. Police found him by following his footprints in the snow.

Brooks has been charged with three counts of murder along with multiple other charges.

Police confirmed he had been convicted of aggravated robbery in May 2014 for which he received a six-year sentence.

A memorial to the children was seen on Saturday in front of the home on Jenkins Court. People brought stuffed animals, a balloon, and candles in memory of the young children. 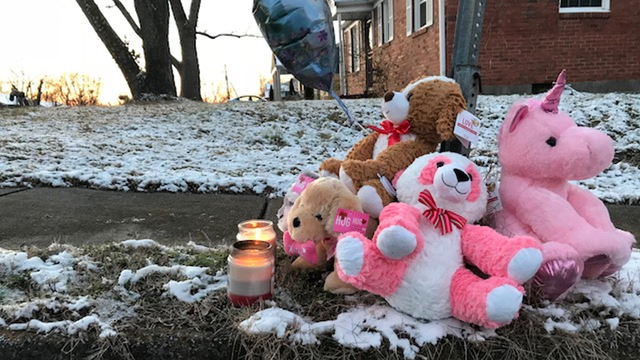 Further details were not available as the investigation remained ongoing.