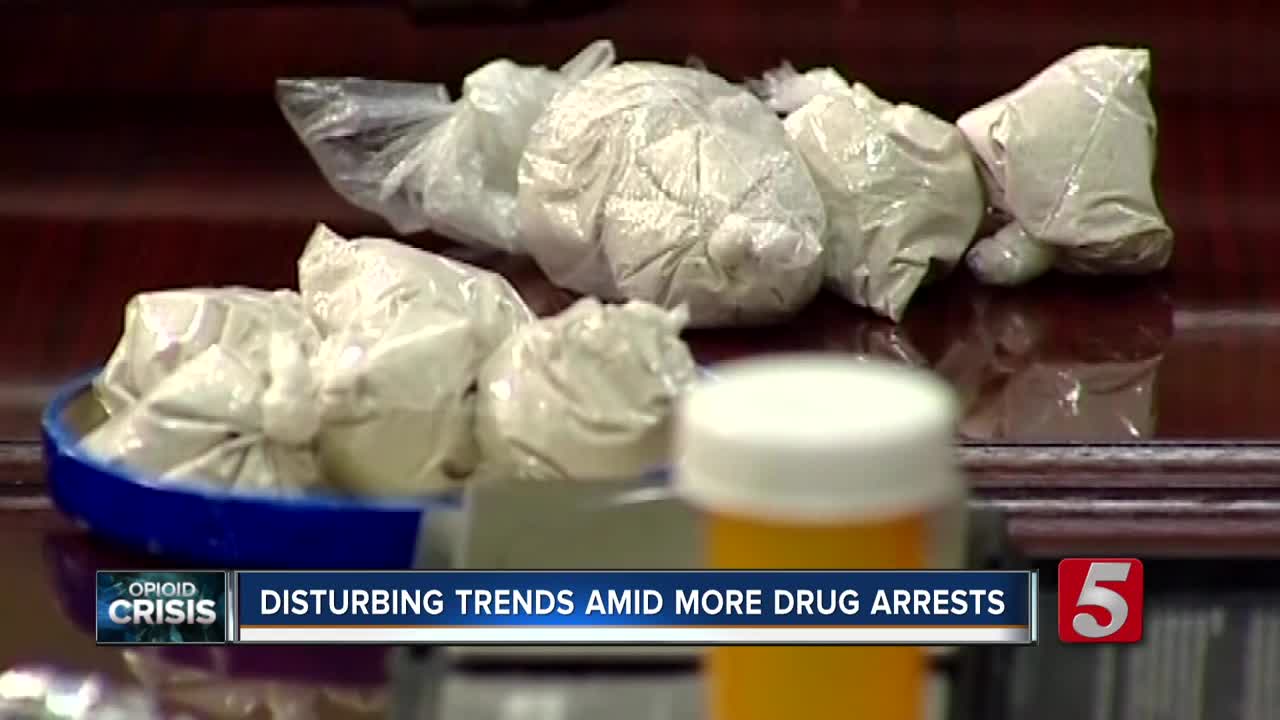 Murfreesboro police are concerned about how the opioid crisis is playing out in their community despite more arrests and additional resources. 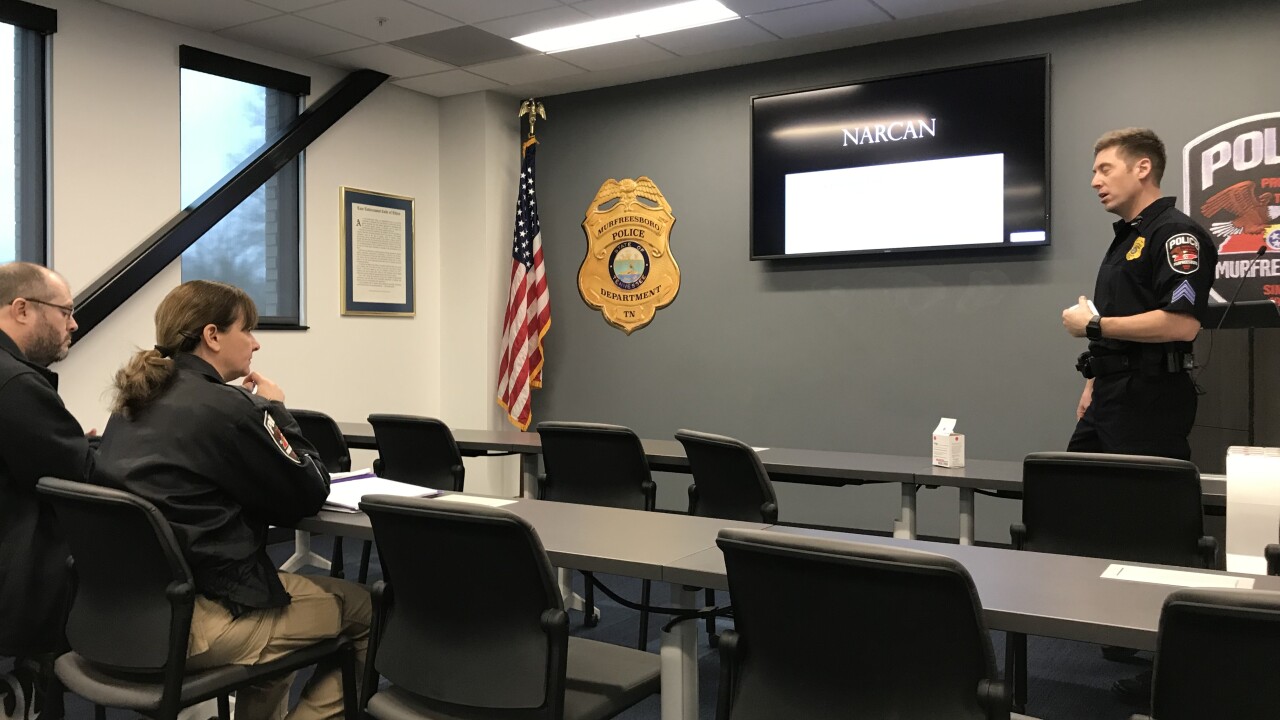 MURFREESBORO, Tenn. (WTVF) — Murfreesboro police are concerned about how the opioid crisis is playing out in their community despite more arrests and additional resources.

The department is having to use more Narcan so far this year since rolling out a program in August that allowed its officers to carry the nasal spray.

Narcan, the brand name of Naloxone, has the ability to reverse the effects of an opioid overdose in a matter of minutes.

From August until December 2018, police used Narcan on someone nine times. Since the start of this year, the department has already used it 14 times.

Murfreesboro police currently have 275 doses of Narcan through state grants.

"I hate to tell you this but it's everyone, it's rich, it's poor, doesn't matter what community you come from," Lt. Don Fanning of MPD told NewsChannel 5. "We've seen people here who have had opportunities with high paying jobs, we've seen people with low-income backgrounds, it cuts across race, sex, nationality, there are no barriers at all."

The department trains its personnel regularly on the use of Narcan and its importance. It is a clear need as the cycle of opioid abuse continues amid drug busts and dangerous new trends.

In recent months, Rutherford County officials arrested people like Lacorious Fuller and Reginald Womack on their alleged involvement in a drug ring responsible for a series of overdoses in the mid-state including the use of heroin laced with fentanyl.

Fentanyl is a more potent and cheaper drug claiming man lives and excarcerbating the opioid crisis in the country.

Fanning said despite more arrests, criminals find their way to fill the spot.

"Criminals don't just stay in Murfreesboro, they just don't stay in the city the people are in, they move and associate with other people, they move around to sell their product," he said. "For drug dealers it's about the money, that's what they're after. They don't care about you as a person, they don't care if you live or die, they don't care if you abandoned your children, they care about the money it brings in and you're nothing more than a funding support source."

Regardless, he said recovery is a key component in stopping the opioid problem. He's noticing a trend that only makes fighting the issue even harder.

Addicts tend to seek out dealers with the strongest drug even if someone overdosed as a result.

"Everybody is connected with their phones and they listen for the people who overdose and that's the dealers they seek out because they think that's the best high. That logic makes no sense because that's where you're most likely going to die," Fanning added.

To help better understand the problem, the department also has a better way of tracking overdoses through the Electronic Reporting System. Police enter information about the use of Narcan and it is sent to the state.

Prior to this, information was limited and wasn't easily tracked in the police department.