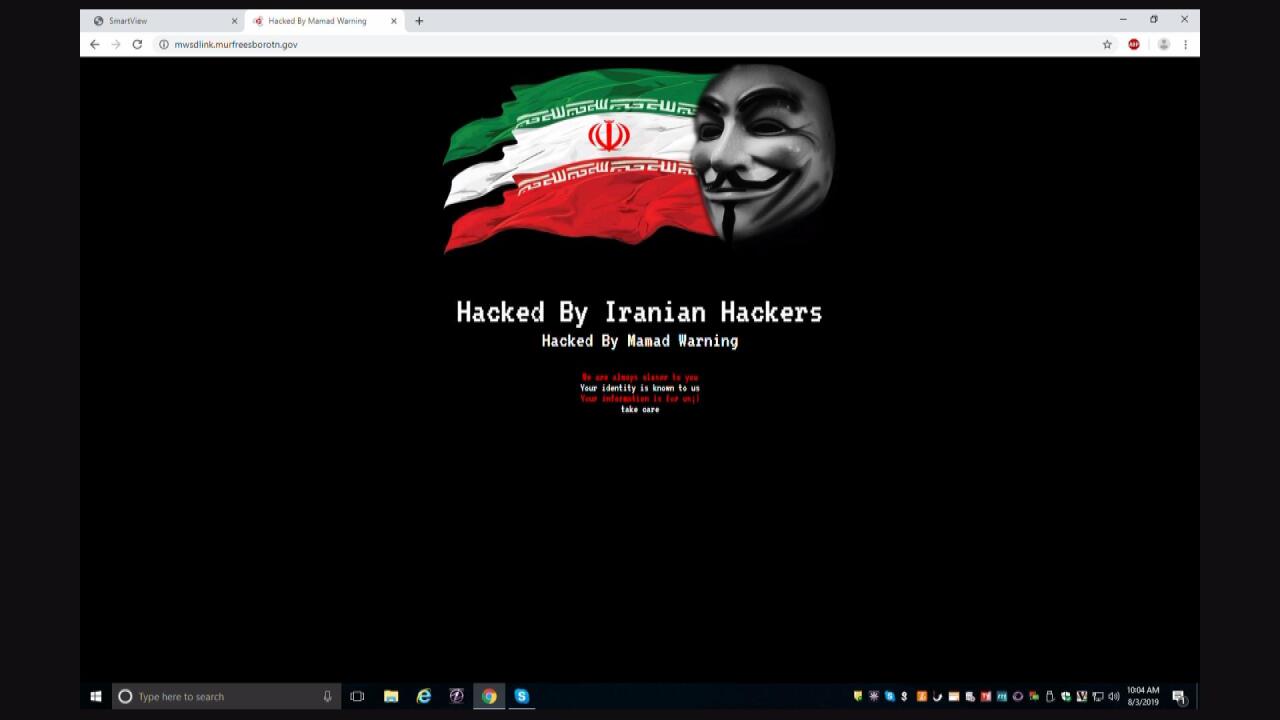 The hacking of the website was brought to light Saturday morning.

Further below is the message, "We are always closer to you. Your identity is known to us. Your information is for us. Take care."

At the moment, it is unclear who the hacker or hackers actually are.

Murfreesboro's public information officer, Mike Browning, said that the hack is isolated to the online access for the city's water department bill pay, which has two different access points. It is not affecting the entire website.

Browning also said they are shutting it down, so it will disappear soon. In the meantime, customers won't be able to pay their bills online.

Murfreesboro Mayor Shane McFarland said, "Our staff is investigating. We don't have any more information at this time, but will keep everyone updated as we find more details."