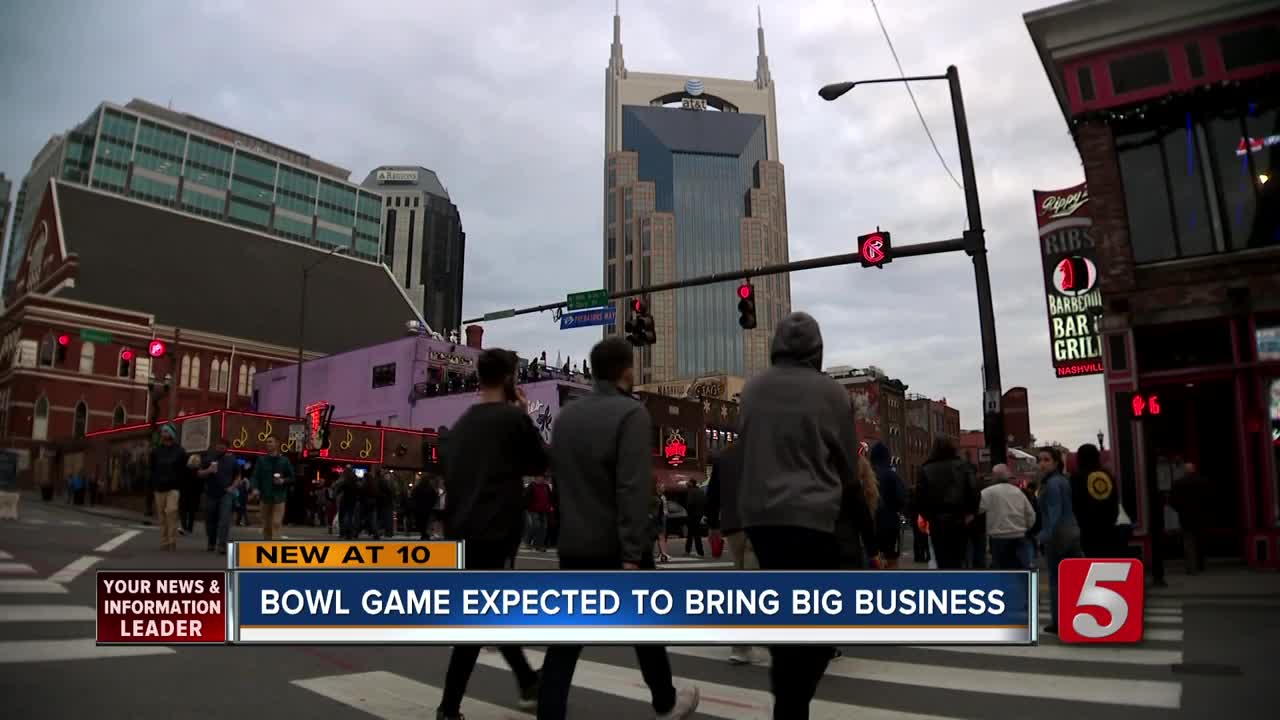 Even though things were relatively calm on Lower Broadway on Wednesday afternoon, bars and businesses were preparing for a packed weekend filled with college football fans. 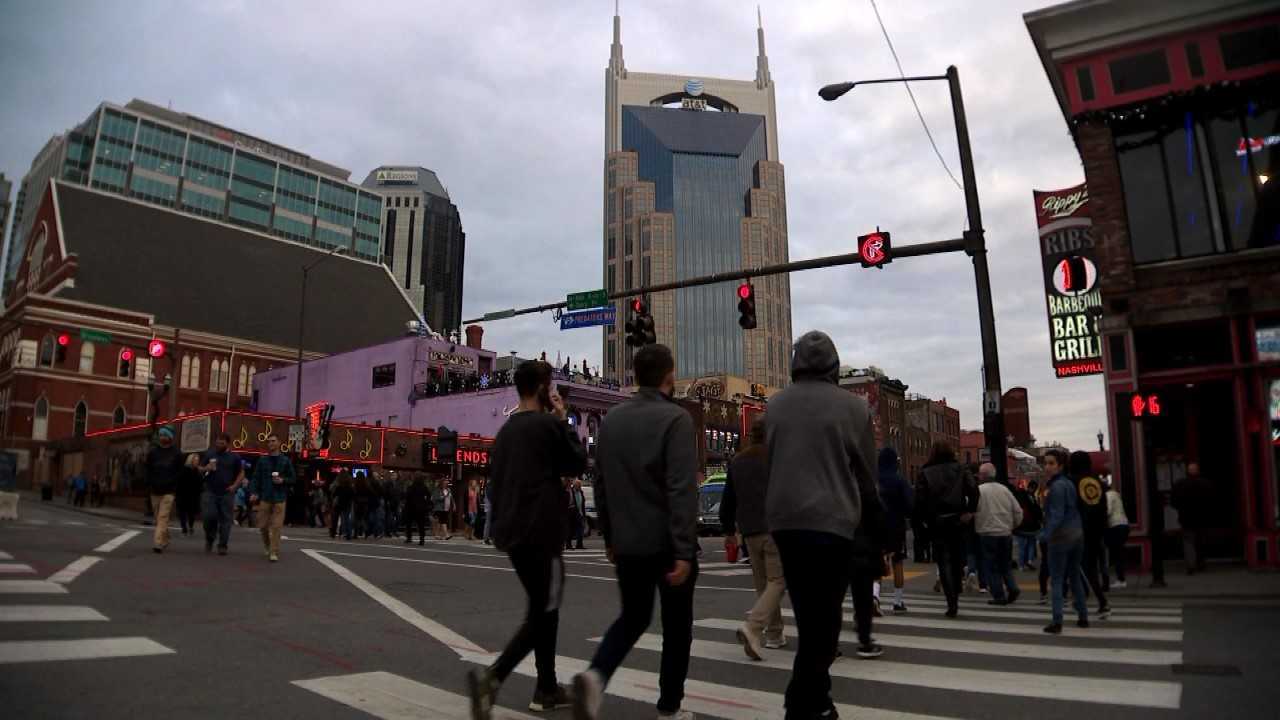 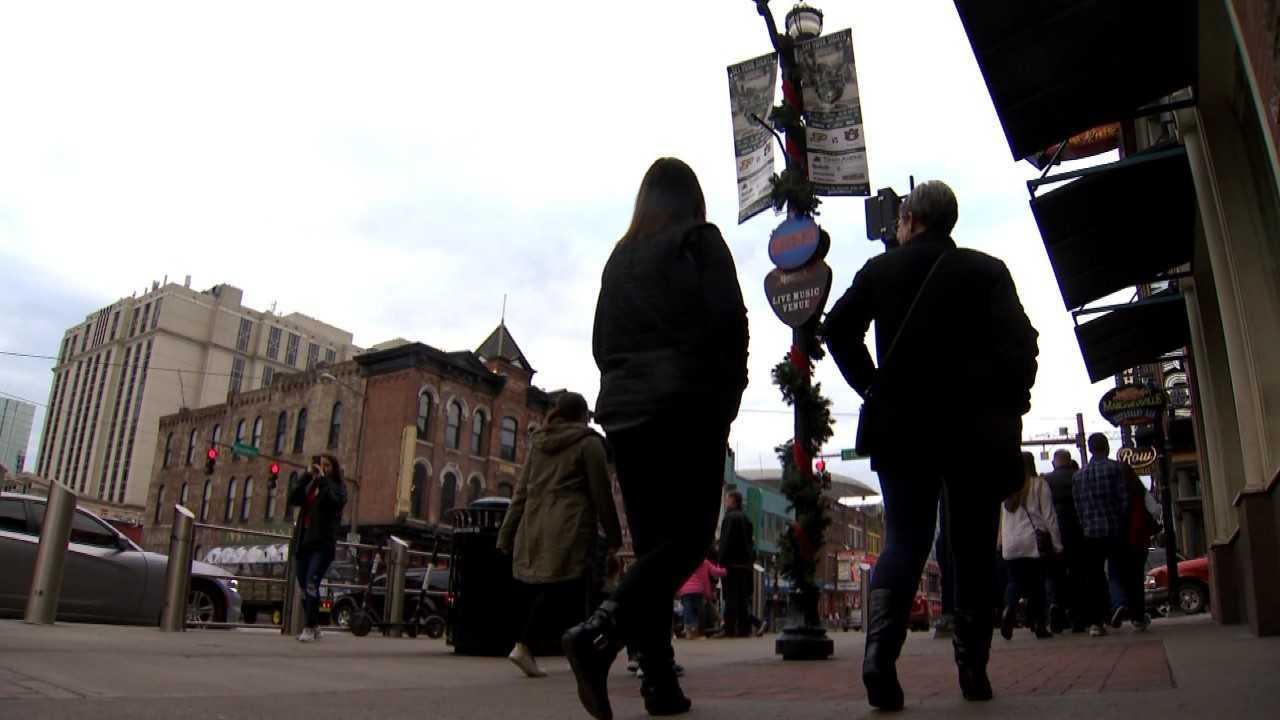 NASHVILLE, Tenn. (WTVF) — Even though things were relatively calm on Lower Broadway on Wednesday afternoon, bars and businesses were preparing for a packed weekend filled with college football fans.

"We expect all of us to be invaded and be packed is what we're hoping," Deana Hale said. Hale is the General Manager of Pancho and Lefty's Cantina.

On Friday, the Music City Bowl kicks off, bringing fans of the Purdue Boilermakers and the Auburn Tigers to the Music City for the game and its celebrations. Two days before, you could spot Purdue and Auburn gear in the crowds of people walking around downtown Nashville.

Over the last 20 years, the annual Music City Bowl has brought $310 million in direct economic impact to the city, according to city and Music City Bowl officials. According to Franklin American Mortgage, the game's sponsor, the game produced more than $19 million in direct economic impact. Hale says it's an impact she's seen first hand at Pancho and Lefty's, and she and her staff spent the week preparing for the bowl game push.

The game starts at 12:30 p.m. on Friday, Dec. 28. It will kick off a busy weekend in the mid-state, with two Nashville Predators games, a pivotal Tennessee Titans game, and a New Year's Eve celebration at Bicentennial Capitol Mall State Park.