Music City Gears Up For Game 6 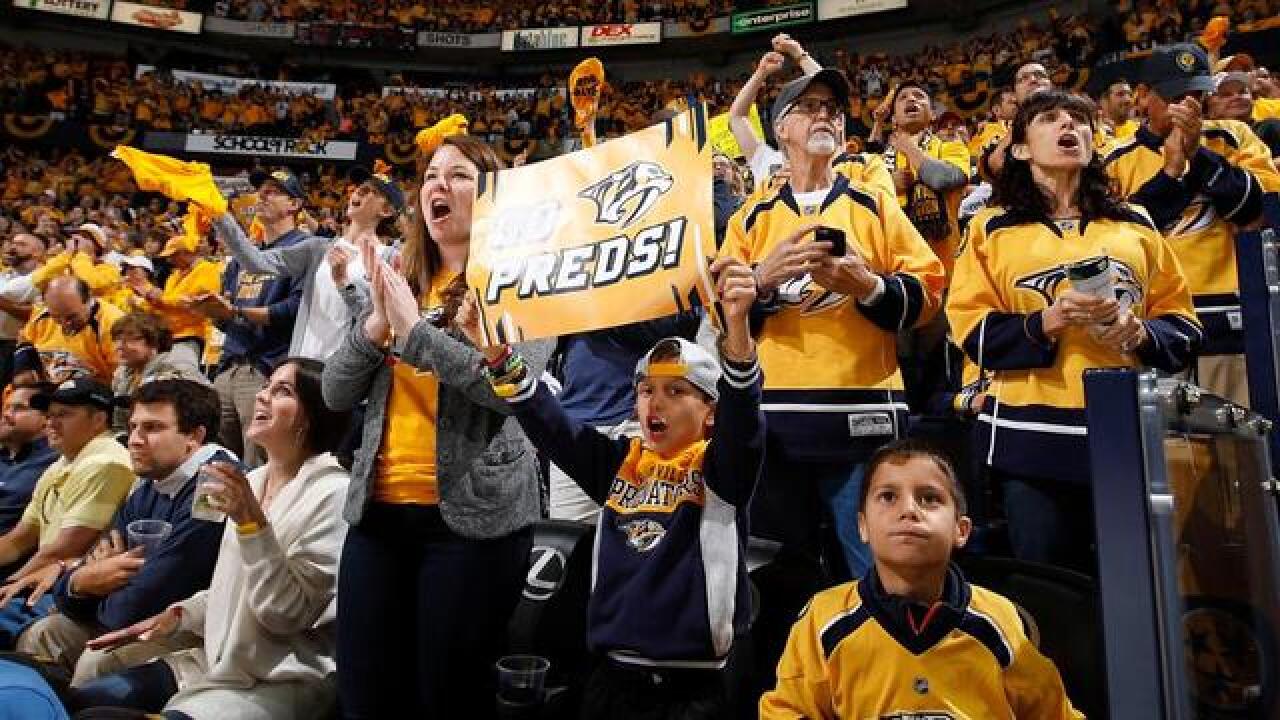 Tens of thousands of fans have once again been expected to fill the streets of downtown Nashville for the last home game of the Stanley Cup Final.

After a loss in Pittsburgh to the Penguins in game five, the Predators will be at home for game six at Bridgestone Arena.

The puck has been scheduled to drop at 7 p.m. Sunday. The Penguins have the lead in the series at 3-2.

If the Predators win Sunday and tie the series, game seven will be held on Wednesday in Pittsburgh.

Game six will be the last home game of the final. Instead of looking at it as a bittersweet moment, sports bar managers like Wendy Christopher said she has enjoyed the experience and looks forward to the Preds taking the title as champions.

"Crowds just get bigger and bigger and more engaged," Christopher, general manager of Beyond The Edge in East Nashville, told NewsChannel 5. "They are just so behind the Predators it's almost they can wield them to victory just cheering at the television."

Christopher added that management has prepared for an influx of customers, but did not expect just how many more. Nevertheless, the Stanley Cup Final has been good for business as its staff has continued to work hard around the clock.

The Bridgestone Plaza party will once again be available only for 300 people with wristbands and tickets to the game.

Luke Bryan announced through social media that he will be playing a concert on the rooftop of Tootsies. Bryan said he has been set to play four or five songs at 6 p.m. The concert will also be shown inside Bridgestone Arena.

On Sunday, it was announced that Montgomery Gentry would also be playing on the rooftop of Tootsies.

Once again, viewing parties will be held on Broadway, at Walk of Fame Park, and at Ascend Amphitheater.

To avoid parking headaches, fans can park at the Fairgrounds Nashville for $10 and ride a free shuttle service to downtown. To learn more, click on the  link .

Coming to you live from #Smashville with our all new 360 cam! Turn your phone for a full view of what's happening! https://t.co/t70RFeM3Oo

Read More:
Preds Still Believe Going Into Game 6
Preds Have History On Their Side For Game 6