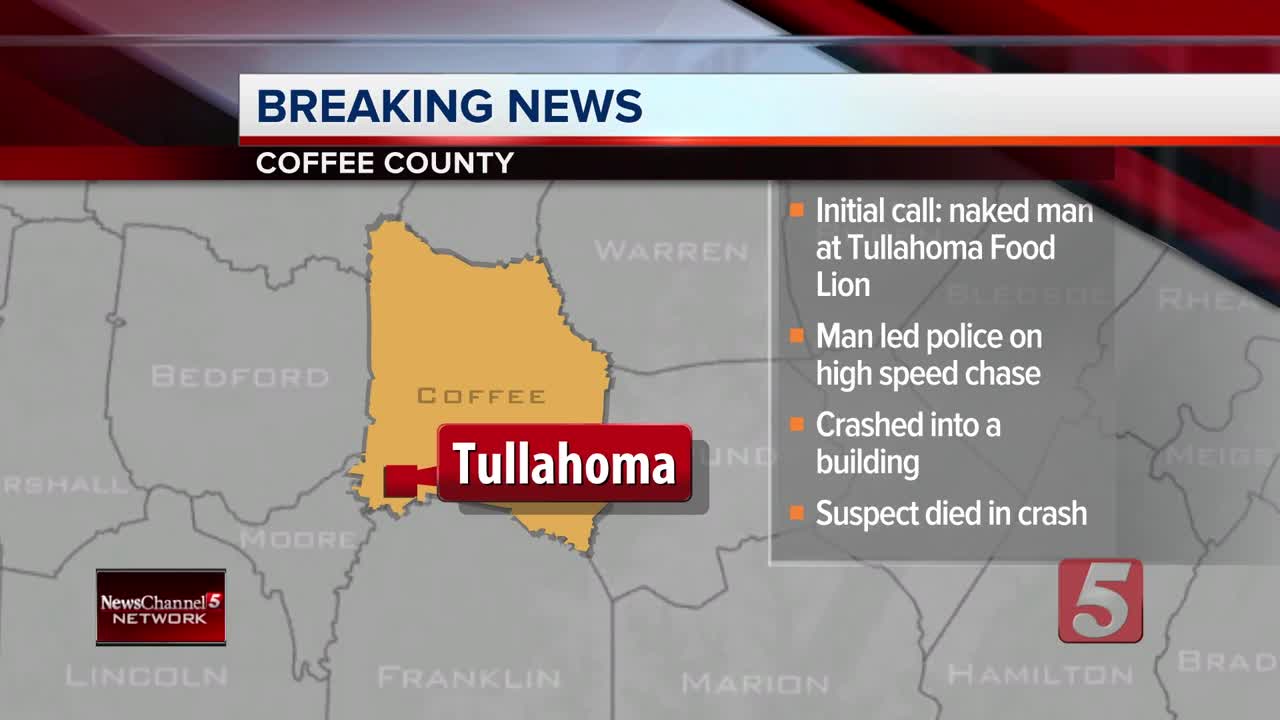 A man was killed overnight after allegedly leading police on a high-speed chase in Tullahoma. 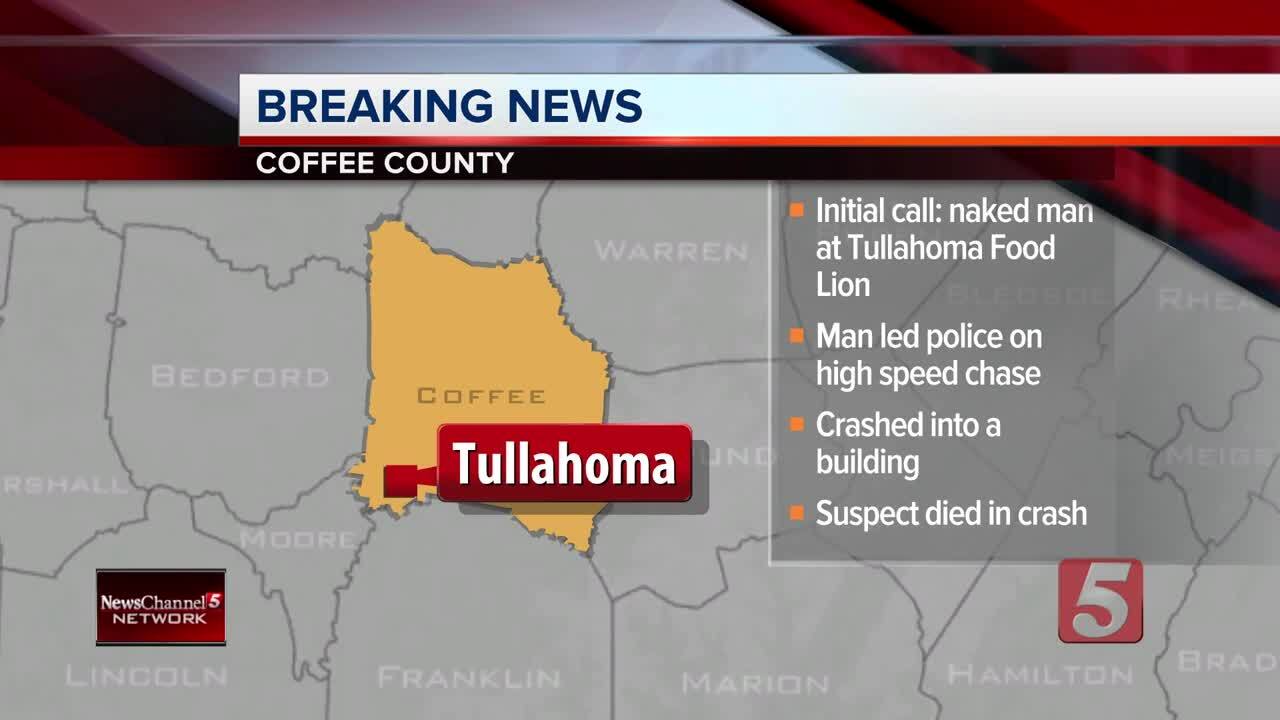 TULLAHOMA, Tenn. (WTVF) — A man was killed overnight after allegedly leading police on a high-speed chase in Tullahoma.

The call came in around 2 a.m. Wednesday about a naked man walking around the Food Lion on West Lincoln Street.

When officers arrived, the man took off in a Nissan Altima and a chase ensued.

The suspect slammed into several parked cars, went airborne, flipped over a camper and then hit a house along the 1900 block of West Lincoln.

The man, identified as 29-year-old Lawrence Bean, was thrown from the car and died at the scene. Tennessee Highway Patrol said he was not wearing a seat belt.