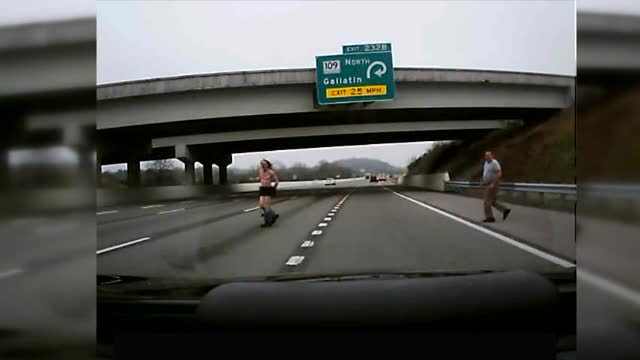 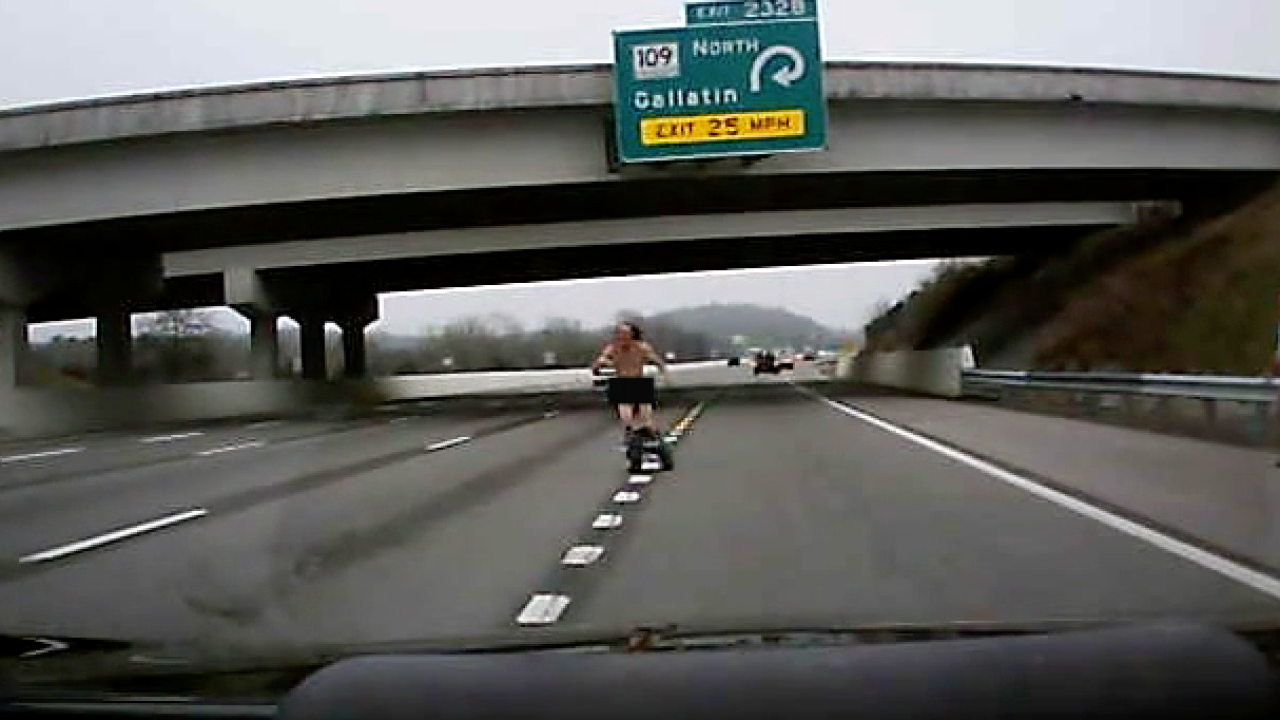 LEBANON, Tenn. (WTVF) — According to police, a driver who was high on Methamphetamine was taken into custody by police after he fled his vehicle naked on Interstate 40.

Lebanon Police received several calls on Thursday around 11:45 a.m. reporting an erratic driver on I-40.

Police then located the vehicle traveling the wrong direction down the interstate and began a brief pursuit. The driver, Gerald Pritchett, 48, soon abandoned his vehicle and fled, while wearing only boots and his pants around his ankles.

The man was eventually apprehended by Lebanon Police and taken to a local hospital for evaluation.

Police say Pritchitt later admitted to officers that he had been under the influence of Methamphetamine.

He will be transported to Wilson County Jail where he will be charged with several offenses after his release from the hospital.

Video came from a local Lyft driver who captured the events while transporting passengers to their destination.