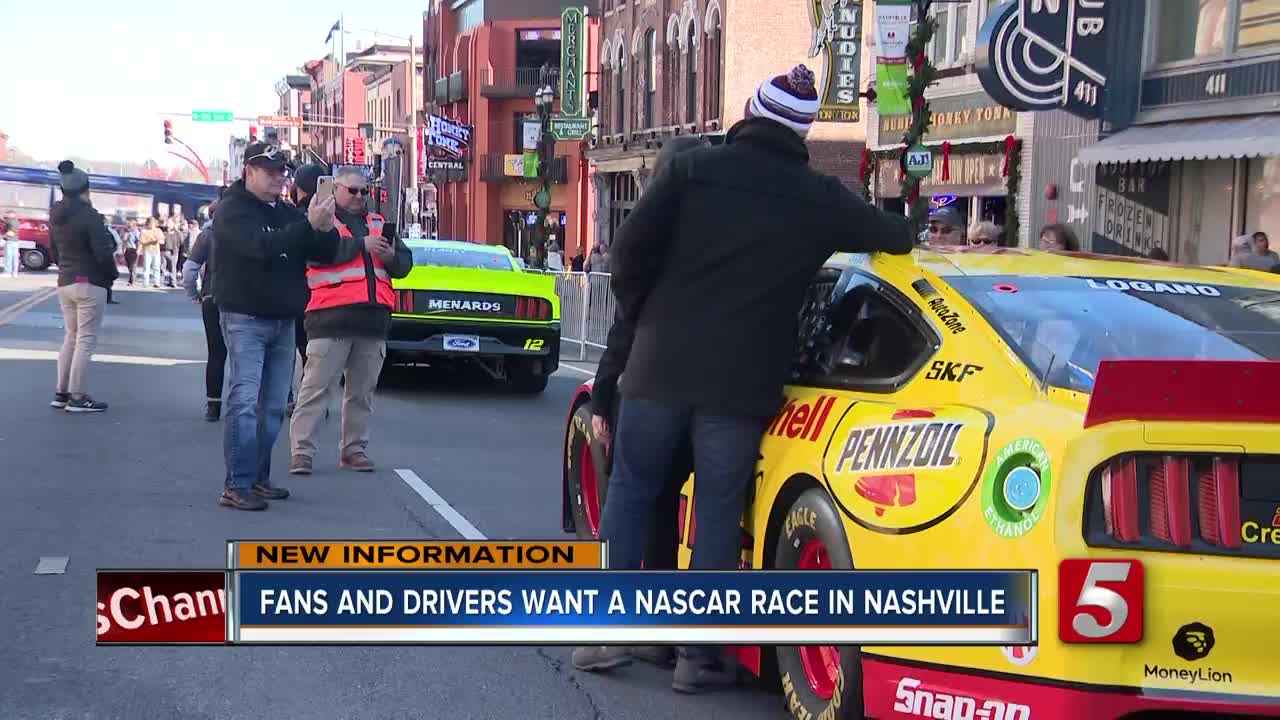 As NASCAR's Champions Week takes over Nashville, numerous NASCAR drivers and legends have voiced their support of having a race return to Nashville, with Dale Earnhardt Jr. saying he'd race at the Fairgrounds Speedway Nashville if they got a race. 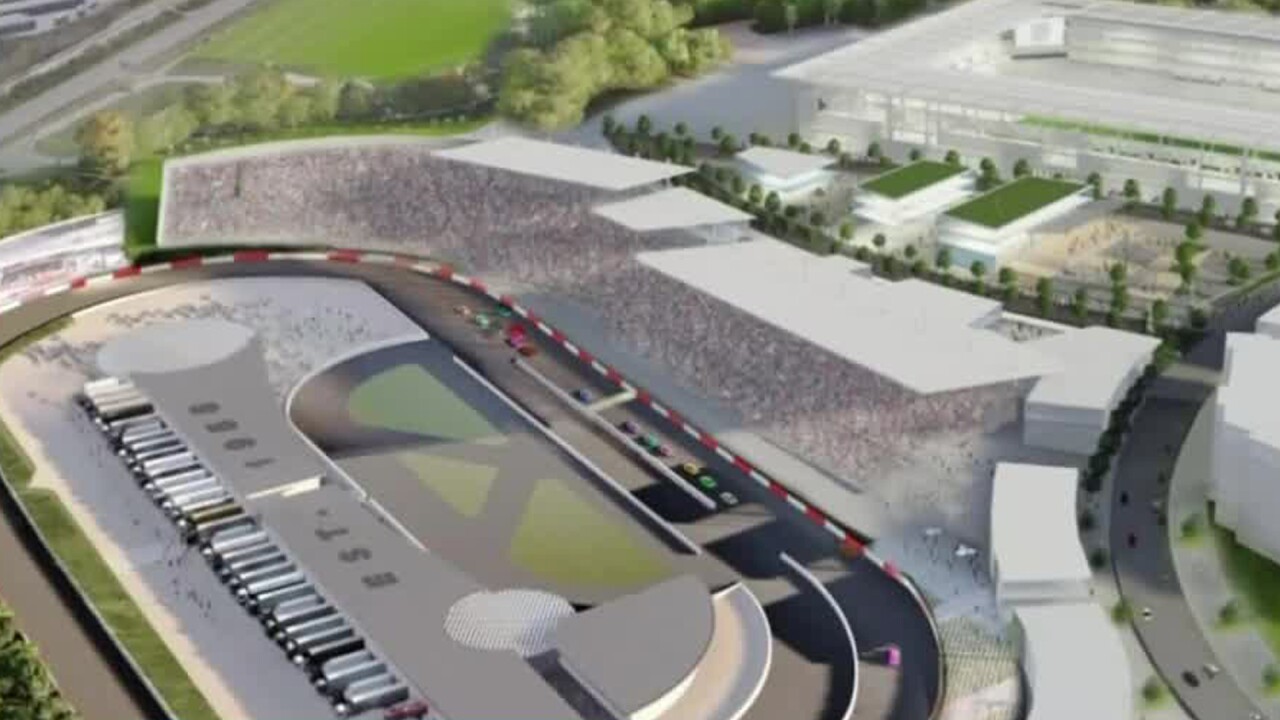 NASHVILLE, Tenn. (WTVF) — As NASCAR's Champions Week takes over Nashville, numerous NASCAR drivers and legends have voiced their support of having a race return to Nashville, with Dale Earnhardt Jr. saying he'd race at the Fairgrounds Speedway Nashville if they got a race.

Earnhardt told the Tennesseean in an interview, "I think we belong in Nashville racing cars. That's more important than even having the banquet there. It's a great place for us to be racing and we should be racing there."

Although Earnhardt retired from racing in 2017, he still runs one race each year and told the Tennesseean he would get back behind the wheel more often if NASCAR returns to the Fairgrounds track.

"If they ever did run an (NASCAR) Xfinity race there and it's in the next four or five years I'd love to put that on my calendar as a race to go run," Earnhardt said. "Because that was a lot fun when we used to race there in '98 and '99. I had more fun probably racing the late model there with (Joe) Buford and (Chad) Chafin and all of those guys back in the day."

"The door is open for (NASCAR) to think about where we need to be or should be and I have to feel like Nashville and the Fairgrounds specifically has to be in that top three places we should be trying to go to," Earnhardt continued. "I know Marcus Smith (general manager of Speedway Motorsports) and Bristol (Motor Speedway officials) and those guys are extremely interested in doing that. Marcus is an amazing guy and has the best interest of the track and the community in his heart and would do an amazing job not only bringing NASCAR back, but improving the facility; putting the money and efforts into the facility to see it be able to thrive."

Please lord make the move of the @NASCAR banquet to Nashville in any way influence the return of NASCAR to the @FGSpeedway pic.twitter.com/nAkRNUcIaE

Earnhardt tweeted his support for bringing both the NASCAR banquet and racing to Nashville in March, and while Nashville was selected for the banquet, the future of a NASCAR race in Nashville is unclear.

There has been a lot of talk about bringing NASCAR to Nashville by expanding and updating the Fairgrounds Speedway. Back in April, fuel was added to the fire when a rendering was released by Speedway Motorsports that showed a state-of-the-art facility that could hold more than 30,000 people, which is double what the current facility can accommodate.

The plan included a $60 million renovation project that would include pedestrian tunnels and sound barriers to pave the way for NASCAR to return to Nashville.

On Wednesday, numerous drivers in town for NASCAR Champion's Week also voiced their support for having a race in Nashville.

“You know, there was talks about trying to get a race at the Fairgrounds and I hope that still has some traction to it," Ryan Blaney said. "To me, Nashville is NASCAR and there a lot of great people around here and great fans and we got great fans everywhere, but this is to me kind of the embodiment of what NASCAR was built off of. Country Music and this kind of part of the United States.”

“You think of NASCAR, you think of Country Music, and you think of the South East, and these are definitely our people," Aric Amirola said.

“When you look up and down the streets I think you obviously see the enthusiasm that Nashville has for racing," Kevin Harvick said of the excitement around Champion's Week in Nashville.

“I think this city really is perfect for NASCAR. I think this banquet’s a good start to it, and hey, who knows, maybe some day we end up racing here. I hope we do. It definitely seems like it’s the right time for us," Joey Logano said.

“Honestly, I’m looking forward to hopefully someday getting around the Fairgrounds Speedway. There’s a lot of talk about it. You hear, some days you hear we might be coming here, and then some days you hear it’s probably not gonna happen," Martin Truex Jr. said.