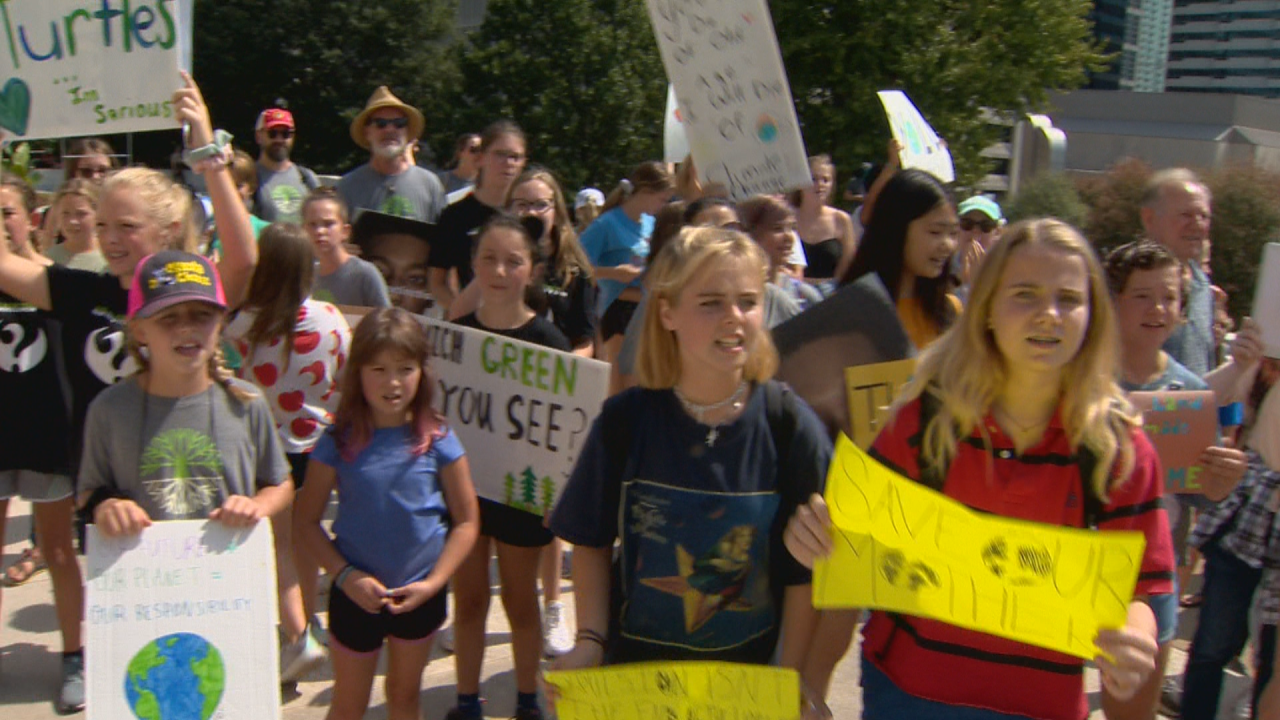 NASHVILLE, Tenn. (WTVF) — Protesters in Nashville descended on the Tennessee Capitol to join the wave of climate change protests unfolding around the world.

More than 100 young activists gathered on the steps of the capitol Friday to represent Tennessee in a worldwide effort.

“We’re already seeing the effects [of climate change] and it’s only going to get worse,” one of the demonstrators said.

In New York City, tens of thousands demonstrators rallied with signs bearing such messages as "climate change is real" and "protect the earth, not the corporations." Then the group began marching through lower Manhattan streets.

President Donald Trump announced in 2017 he was withdrawing the United States from the international Paris agreement to fight global warming.