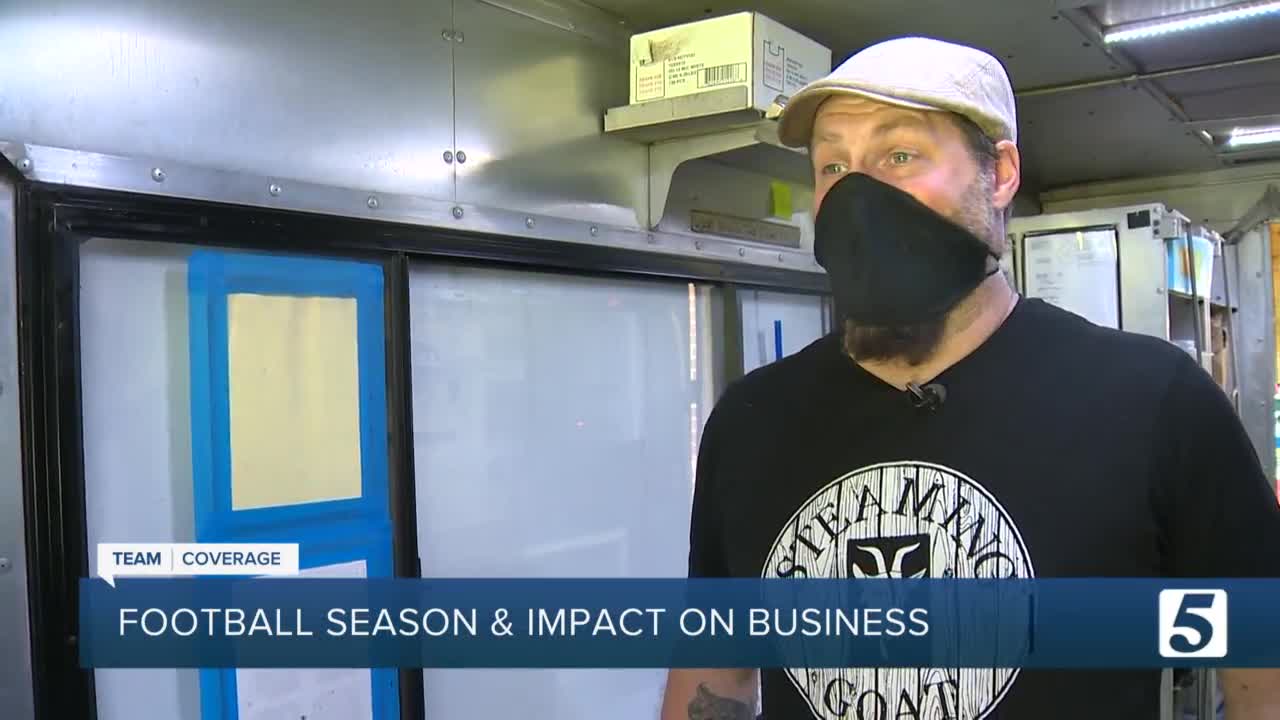 One of the biggest draws to Nissan Stadium on game days is the large tailgate parties that have been prohibited not just because of the Nissan Stadium Safe Stadium Plan, but the pandemic made mass-gathering events nearly nonexistent. 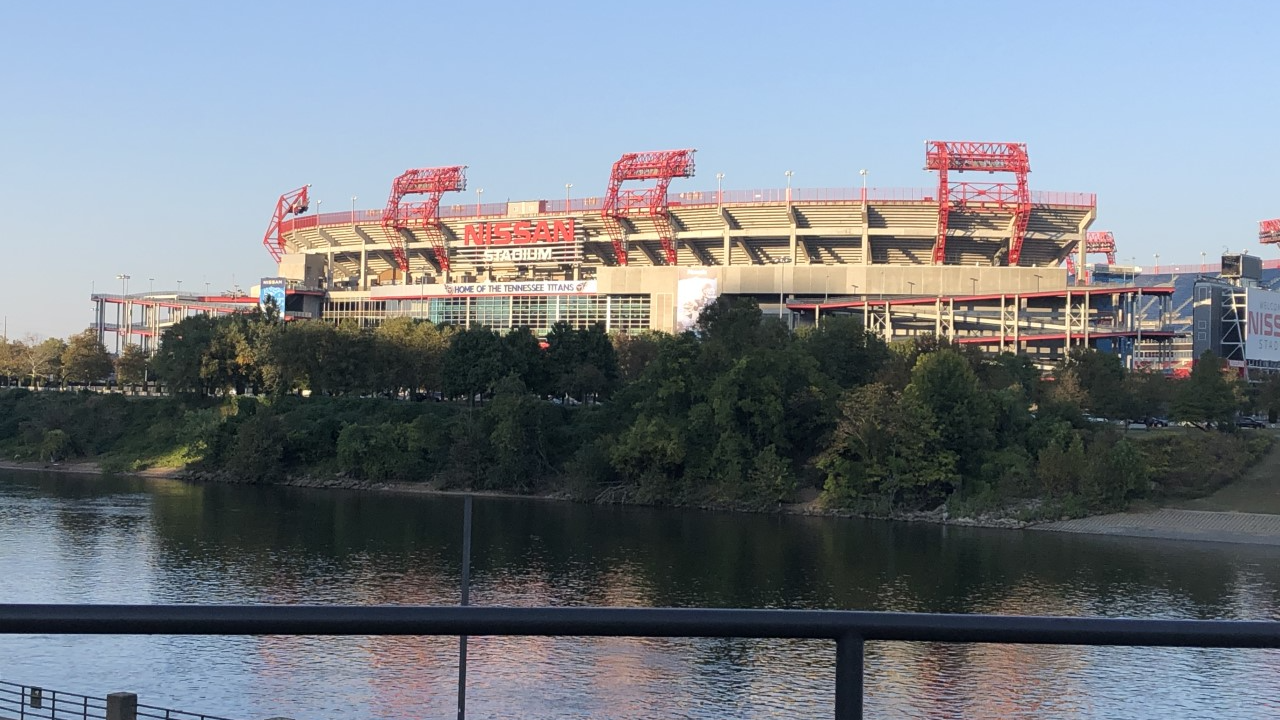 NASHVILLE, Tenn. (WTVF) — Businesses in Nashville are feeling the effects of the COVID-19 restrictions on the NFL season.

One of the biggest draws to Nissan Stadium on game days is the large tailgate parties that have been prohibited not just because of the Nissan Stadium Safe Stadium Plan, but the pandemic made mass-gathering events nearly nonexistent.

Not helping the situation is the recent outbreak within the Tennessee Titans that forced a game against the Pittsburgh Steelers last weekend to be rescheduled. More than 20 members of the organization including players and coaches have tested positive for the virus. The upcoming game against the Buffalo Bills may now be in jeopardy.

“We get really busy. Not going to lie it’s a lot of fun and we do really well,” Steaming Goat owner Jeff Romstedt told NewsChannel 5.

Romstedt has been feeding fans from his food truck at the Tennessee Titans tailgate parties for four years. He partnered with the team to help schedule other food trucks for the event.

His operation has been greatly affected by the changes which forced him to adapt to later service hours, rely on app sales and visit more neighborhoods. Football games not only would help supplement income but allow him to express his personality with customers and increase exposure and advertising.

“I opened this so I can have fun going to work every day,” Romstedt said. “Our business depends on mass amounts of people and it definitely has taken a toll.”

Even if the game last weekend continued in Nashville, tailgate parties would still not be allowed. However, about 7,000 fans in the seats or 10% capacity of the stadium would have been acceptable.

Home games being affected in turn impact 1,200 to 1,500 stadium staff members on game days in a variety of positions including concession stands, security, parking and crowd management.

The extremely drastic football season compared to last year is also being felt in sports bars and restaurants that normally see large game day crowds. Vinny Tardo of M.L. Rose Craft Burgers & Beer in the Capitol View location said the organization teamed up with the Titans to become an official game day hangout.

“We get a large portion of our game day from our crowds from people going to the game or watching football,” Tardo said.

M.L. Rose also had to adapt to new protocols constantly which included to-go beer and margarita. While seating has already been limited, Tardo said neighbors have shown their love for the business.

“It has honestly been great to see the level of support they had for us as we continue to adapt,” he added.