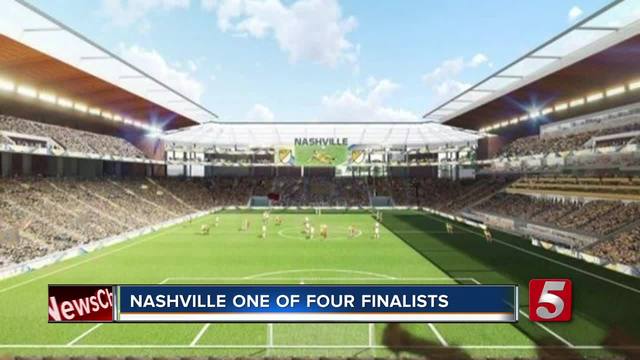 Nashville will likely soon find out if it will be awarded a Major League Soccer team.

Nashville will likely soon find out if it will be awarded a Major League Soccer team.

The league's Board of Governors met Thursday in New York City and released a statement about that meeting:

“[Thursday], Major League Soccer’s Board of Governors had a productive discussion about the bids from ownership groups representing Cincinnati, Detroit, Nashville and Sacramento to become the next MLS expansion clubs. League officials and the MLS Expansion Committee will continue to work with the four finalists and plan to have more details shortly."

That's not a ton of information, but we now know that they did meet and talk about expansion. It’s still unclear if they voted on expansion teams on Thursday.

Nashville has been working on this bid for quite some time, and during that time, they've secured a stadium deal as well as plenty of support both from officials and from the public.

Also important to note, they have solid financial backing, but it's all in the hands of MLS officials at this point.

"We are confident Nashville has made its best case for a team, and we remain optimistic about the city's prospects,” Clint Brewer, a spokesperson for the MLS to Nashville group, said in a statement. “Nashville is a world-class sports town, and there is a great deal of excitement and energy around our bid."

Again, MLS gave no indication on whether it voted for expansion teams, and if it did, when they would be announced.

However, those familiar with the situation said they don't expect there to be any more information Thursday night, but there could be an announcement as early as Friday or next week.