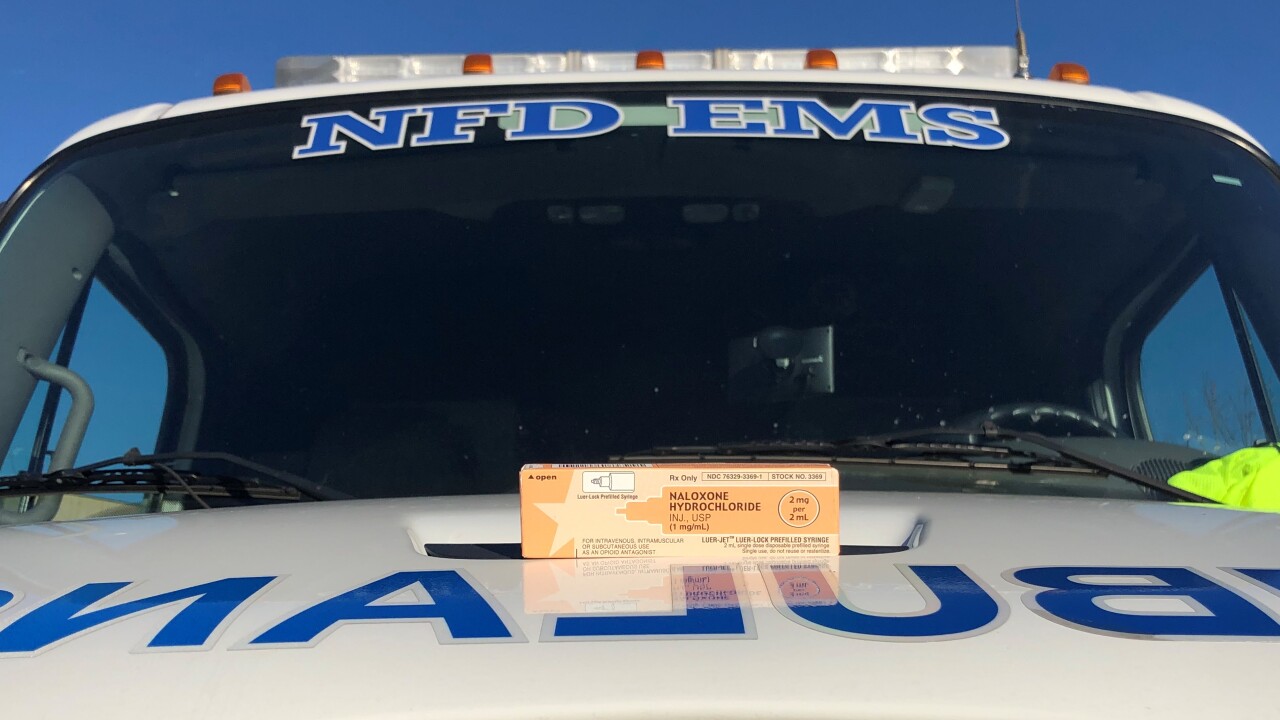 NASHVILLE, Tenn. (WTVF) — The Nashville Fire Department said it used a record-breaking amount of naloxone for patients who showed signs of an overdose in 2019. Naloxone, commonly known by the generic brand Narcan, is an opioid-overdose antidote often carried by first responders.

"It is clear the opioid epidemic is impacting the residents and visitors to Davidson County,” Director Chief William Swann said. "With the exception of 2013 we have seen a steady increase in the number of patients we treat with Naloxone. Between 2017 and 2018 we saw a 93 percent increase."

The fire department said the number of naloxone doses administered to patients is greater because it could take more than one dose to reverse the effects of opioids on a patient.

The number of patients who showed signs of overdose and were treated with the drug by the fire department are reported to the Metro Nashville Police Department and the Tennessee Department of Health.