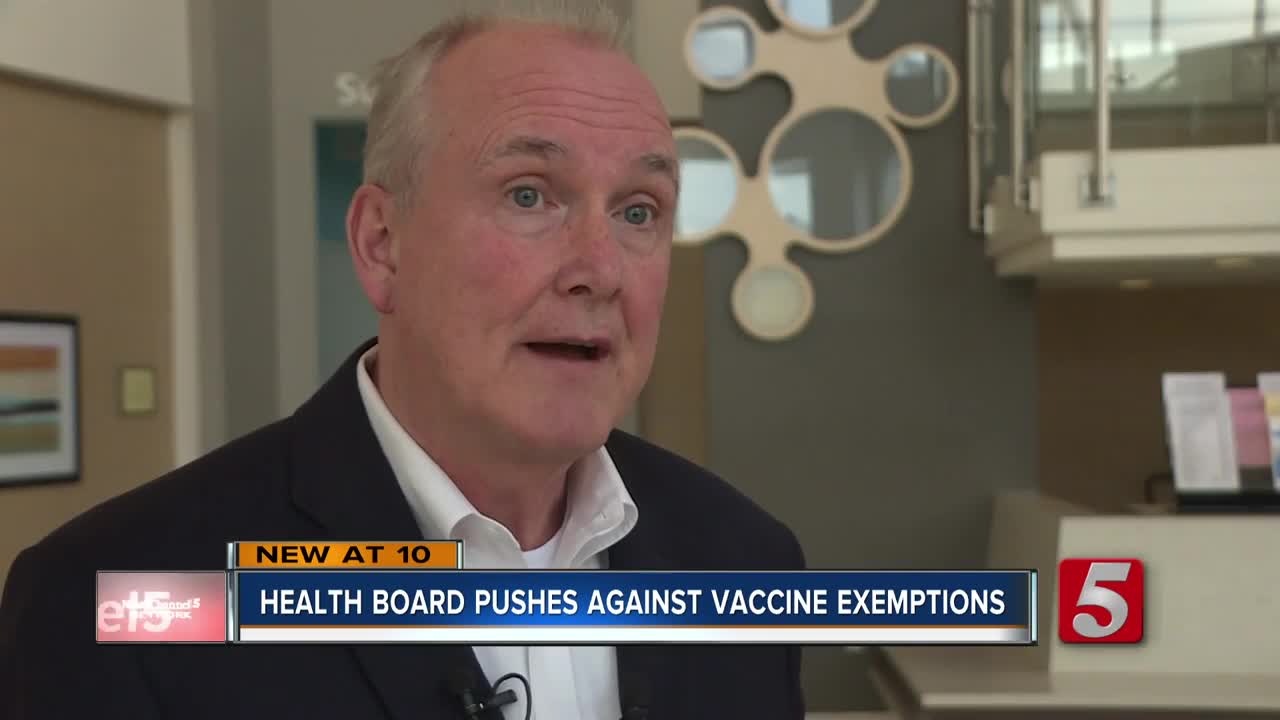 The Nashville Board of Health passed a resolution that urges state officials to "reduce or eliminate" non-medical vaccine exemptions.

NASHVILLE, Tenn. (WTVF) — The Nashville Board of Health passed a resolution that urges state officials to "reduce or eliminate" non-medical vaccine exemptions.

The push came during a national measles outbreak that has already impacted Tennessee. According to the Tennessee Department of Health, there have been five cases of measles in East Tennessee. At the same time, the Metro Public Health Department has seen an increase in parents opting out of vaccinating their children. None of the vaccine exemptions in the state's annual study of 24-month-old children were for medical reasons.

The resolution, which was passed last week, reads, "The Metropolitan Board of Health of Nashville and Davidson County...supports and encourages efforts at the state level to reduce or eliminate allowable non-medical exemptions from vaccinations." The resolution also encourages parents to immunize their children fully and urges health care providers to promote vaccines.

NewsChannel 5 reached out to the Tennessee Department of Health for a comment on the resolution, but did not receive a response.