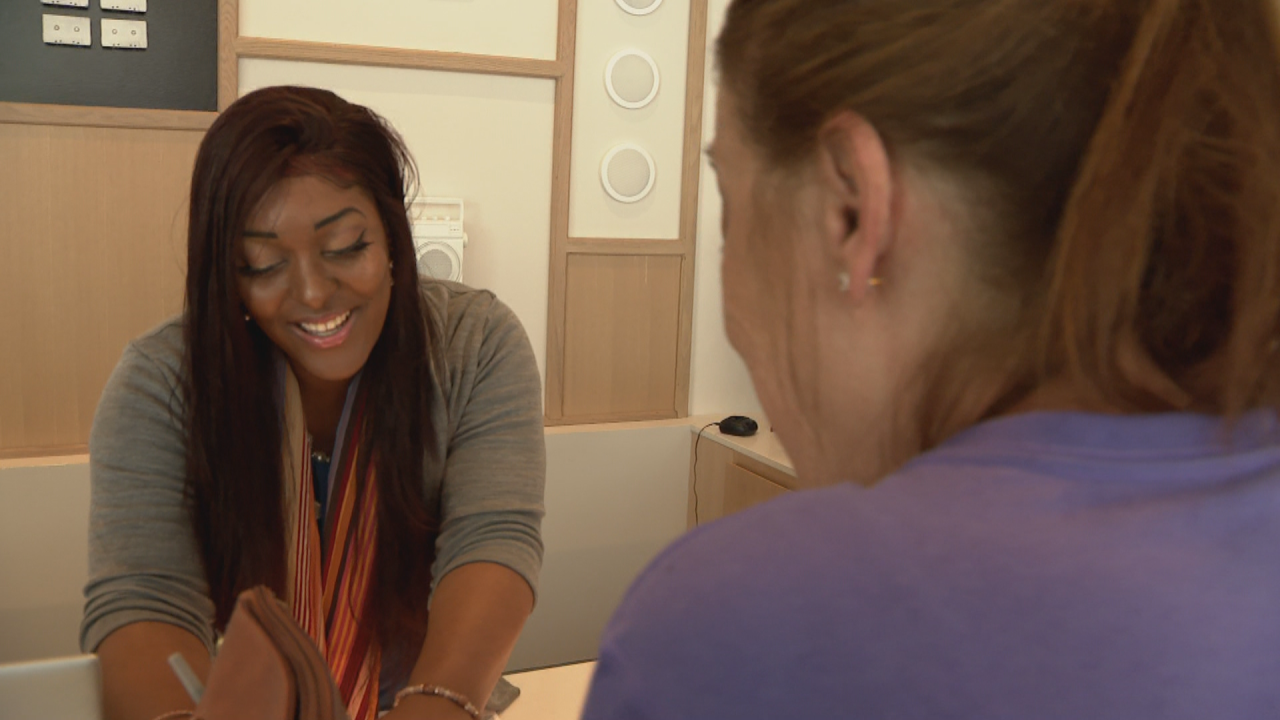 NASHVILLE, Tenn. (WTVF) — Now that the Summer travel season is officially here, Nashville will become a hot destination for people all over the globe.

There are more than 45,000 hotel rooms in Nashville with another 13,000 on the way, and for the past five years Nashville demand for hotel rooms has grown faster in Music City than any other top 30 US city.

“We’re supposed to look at people and socialize and be able to feel their hurt and their joy and their happiness and share that with them. And put them before ourselves,” said Meagan Newsom who works the front desk at the Hyatt House in Nashville.

Meagan to recently receive a Hitmaker Award from the Nashville Convention and Visitor’s Corporation.

She was nominated after a special encounter with a visitor from Chattanooga who was in town for two months as her son was in intensive care at Vanderbilt Medical Center.

“They didn’t know it was going to be that long. It was that traumatic. He almost lost his life. I took her under my wing as if she was my grandmother and I wanted her to feel warm and comfortable, so she would come and ask me for things. And I would do it,” said Newsom.

The son is ok now, but while his mom was in Nashville Meagan ran errands for the family, helped them get clothing and other necessities, and even reached out to a church to help cover the cost of the hotel room.

“She’s already worried about her child, she should have to worry about that. And I used to be a grant writer for the Department of Education, and I knew there were some resources for her, so I wanted to reach out to some of the resources and help,” said Newsom.

Every month the Nashville Convention and Visitor’s Corp honors a different hospitality worker nominated for an outstanding act.

Past winners have ranged from bartenders to tour guides, and Megan’s boss Brian Kent believes the award is a great way to encourage Nashville’s high level of service and hospitality.

“That’s why people come to Nashville. They want that personalized service, and I think that by doing this service for our employees I think it sets a precedent for the rest of the city,” said Kent.

Of the more than 15 million people who traveled to Nashville last year the Convention and Visitor’s Corp says 94% claim they are likely to return, and hotel guests like Peggy Aracri believe it’s southern hospitality like Meagan’s that keeps them coming back.

“She’s outgoing, she’s genuine, she’s such a lovely spirit and gives a great portrait for the city,” said Aracri.

If you would like to nominate someone for the Hitmaker Award fill out a nomination form here .