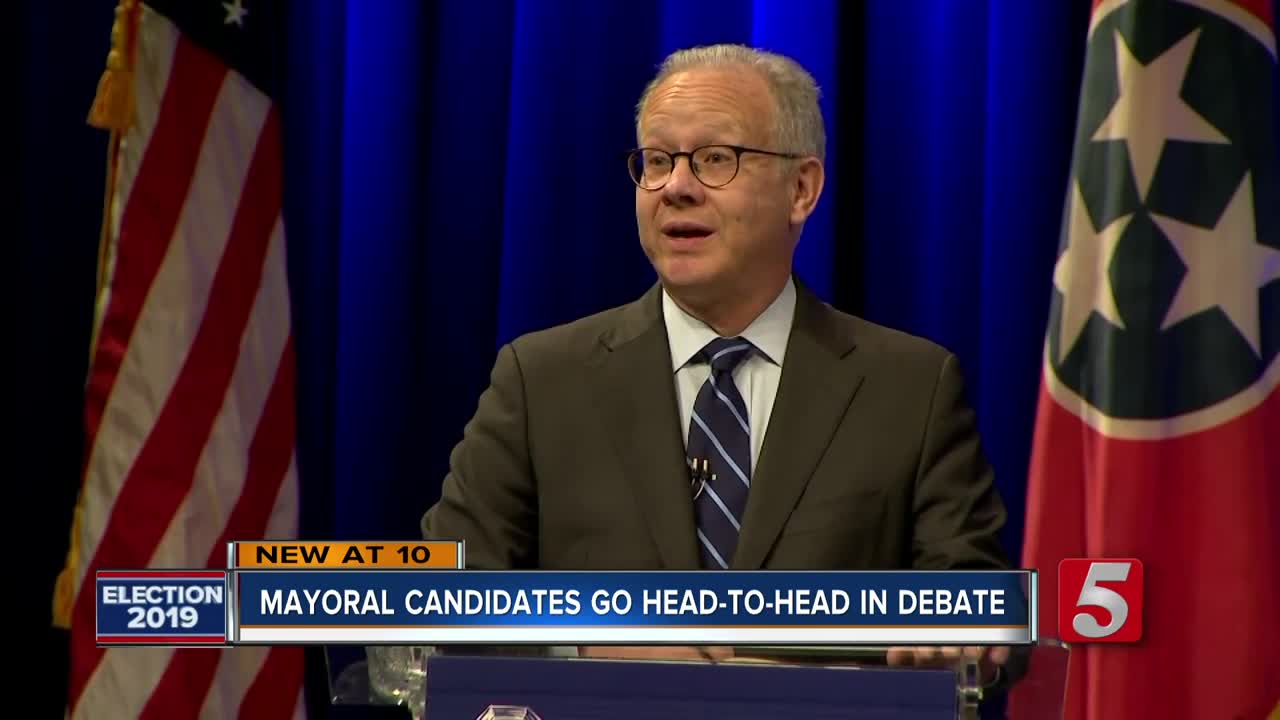 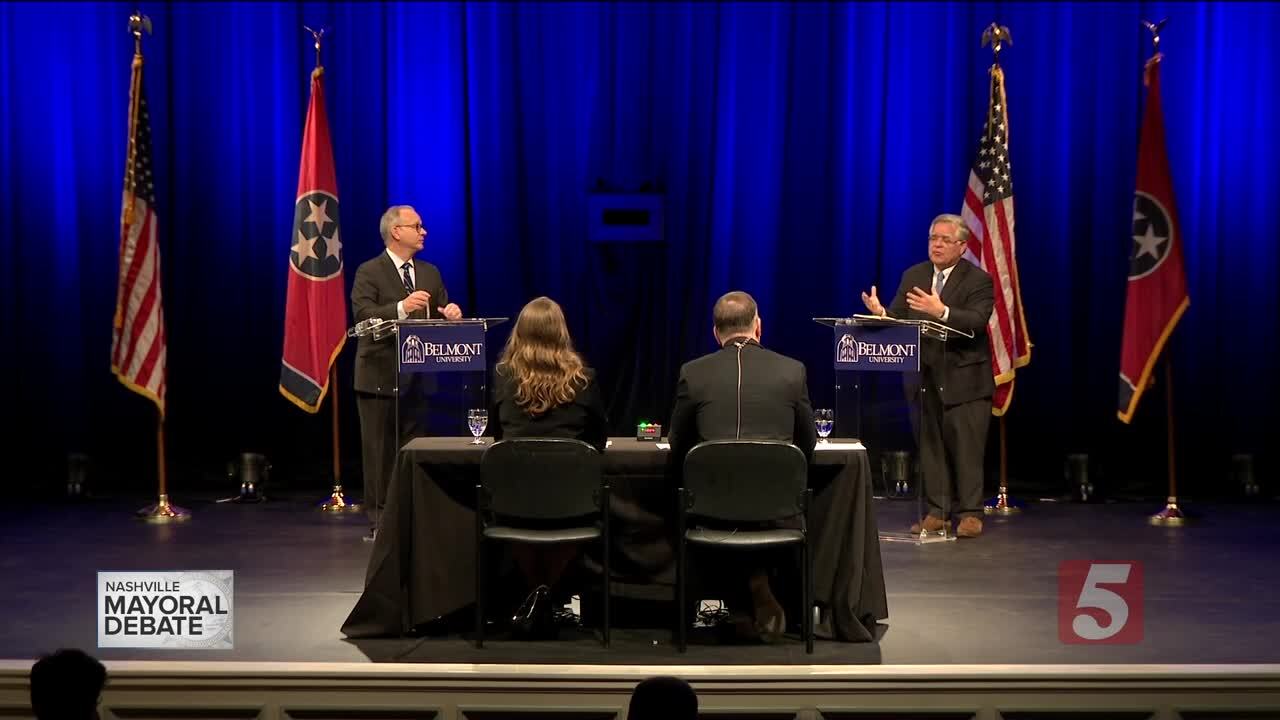 Incumbent Briley quickly went on the offensive suggesting Cooper “talks from both sides of his mouth” when the topic of better handling the budget was brought up.

Cooper opposes raising property taxes and strongly believes funds could be pulled from downtown revenues, but Briley said he has worked several angles to generate revenue and called property taxes a fundamental truth.

“If we want to fund our teachers, our police, our neighborhoods, we can’t take property taxes off the table,” Briley said.

“Now is the time for a strategic readjustment for the city ahead, not raising taxes, which would be unfair to people whose costs have already gone up” Cooper countered.

Juvenile crime is another issue plaguing the city. The mayor says one way to tackle the problem is helping families early on and keeping kids in school.

“Our third grade literacy rate is terribly low and if you can’t read when you get to fourth grade and drop out, you find your ways to these violent conducts,” Briley mentioned.

Cooper says the city should be more involved by helping community groups that serve juveniles.

“We need to make it easy for those groups to grow and expand and serve our community,” Cooper said.

One thing both candidates could agreed on was what to do with short term rentals. Both expressed the need for more regulations, describing the rentals as having negative effects on the community.

“Of course we need to do more, there are many short term rentals out there that are illegal,” Cooper said. “They are pushing people out and we need to have a Nashville for everyone.”

A recurring theme felt throughout the whole night was the balance of being socially progressive and fiscally conservative. Briley felt Cooper has not taken a strong stance on certain issues including gun reform. Cooper responded by saying he is socially progressive.

“My opponent is a Democrat, he should act like one and he has not been acting like a Democrat, he ought to stand up on progressive issues which he has refused to do,” Briley said.

“You can be both, you have to create a stable, financial program, platform to do all the great things to have a progressive agenda to move us forward,” Cooper replied.

Hours before the event, supporters for both candidates gathered outside of Troutt Theater.

Meanwhile, Cooper had been advertising aggressively and continuing to push the theme of financial stewardship in Nashville.

More than 102,000 people voted in the first election, which made up 24 percent of eligible voters in Nashville.

The runoff election will cost the city $675,000, according to the Davidson County elections administrator.

Election Day for the runoff is on September 12.