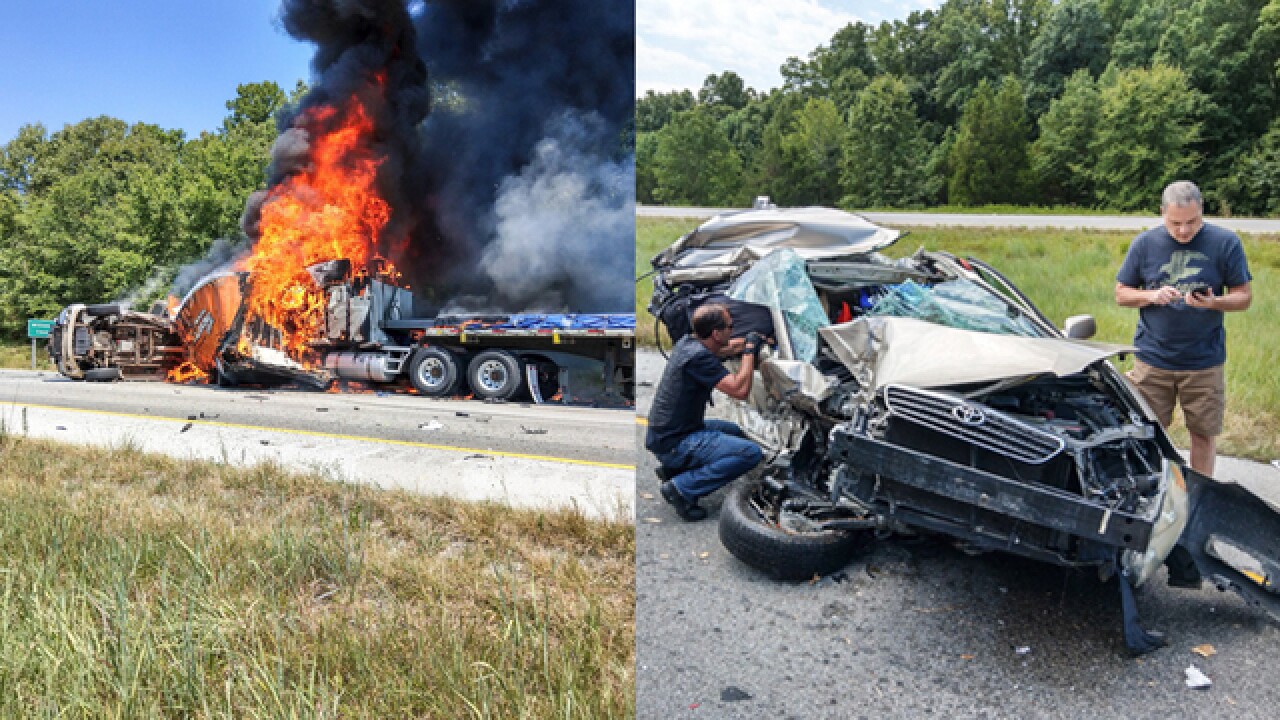 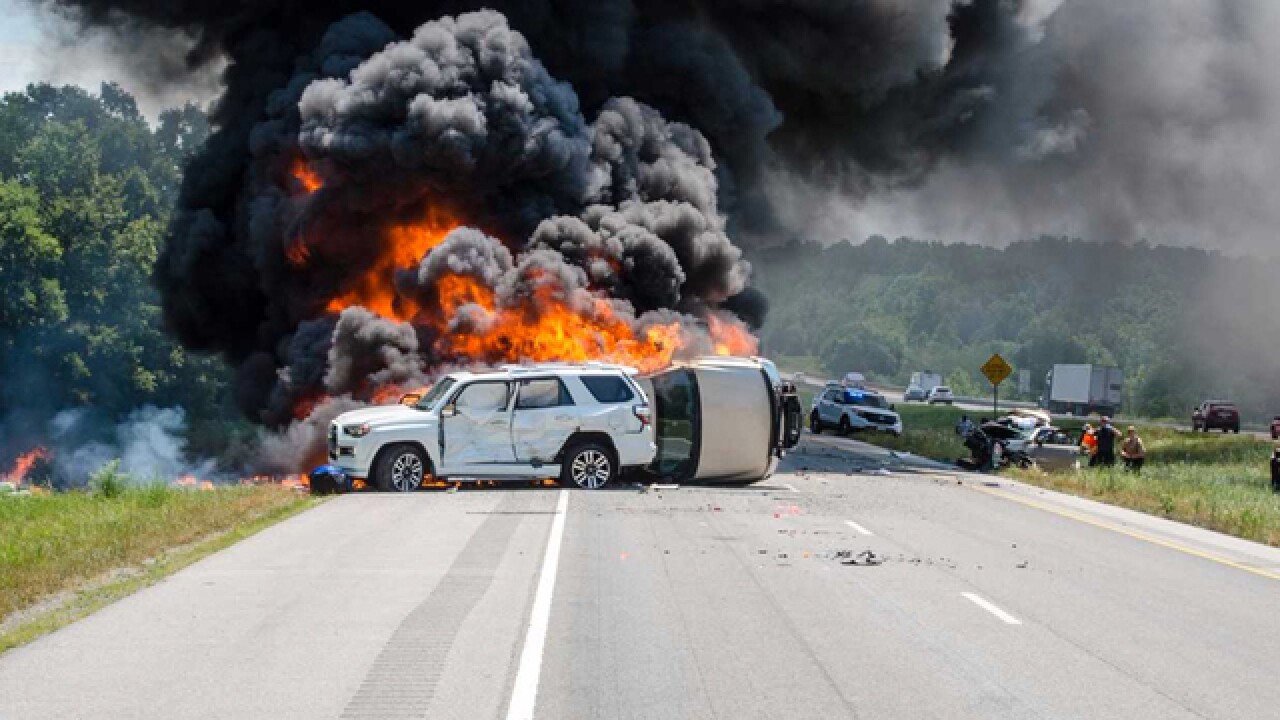 Several Nashville men were credited as heroes for helping victims of a fiery multi-vehicle crash in Illinois.

Damien Horne and his friends were on their way to the Sturgis Motorcycle Rally in South Dakota when they barely missed the wrecks.

It was before 1 p.m. on Aug. 4 on Interstate 24 in Johnson County, Illinois when a man driving a semi truck reportedly fell asleep and smashed through a vehicle and caused a chain reaction.

Eight vehicles and 19 people including young children were involved in the crash.

After just returning from the trip, Horne sat down with NewsChannel 5 to describe the violent incident.

"I remember hearing a large boom behind me. I looked through the rear view mirror and see this semi plow through some cars," Horne recalled. "It was like a movie scene because you see the cars flipped over, real chaotic."

Accompanying Horne included Fontanel Co-Owner and CEO of Oswald Entertainment Marc Oswald and his brother Greg Oswald. Both men were former paramedics in San Diego and used their skills to help the victims.

The group and other Good Samaritans immediately helped pull out victims and provided some type of aid to the injured.

One of the worst injuries was from a 52-year-old Missouri woman trapped in the passenger seat of a Toyota Corolla. The focus quickly shifted on her since the semi truck could explode at any time with her just a few feet away.

"We couldn't get her out so the next best thing was try to move the car," Horne said. "We drug the car out 50 feet away. It was a surreal moment at the time because you don't think about it from your adrenaline going."

The victim was Barbara Francis who was traveling with her 21-year-old son to Paris, Missouri. She suffered broken bones and had to undergo surgery after a metal rod impaled her knee.

Francis spoke to NewsChannel 5 on the phone and described the Good Samaritans as "angels on the highway."

"I just grabbed his [Horne] hand. He was a major calming force that I needed," Francis tearfully said. "I can't thank them enough. The Lord was watching over us that day because my time on Earth is not finished yet."

In a report sent by Illinois State Police, the semi truck driver is 37-year-old Nathan Fast of Byron, Minnesota. The report stated that there was an 11-year-old child in his passenger seat.

Fast was charged with Failure to Reduce Speed to Avoid a Crash and Driving While Fatigued.