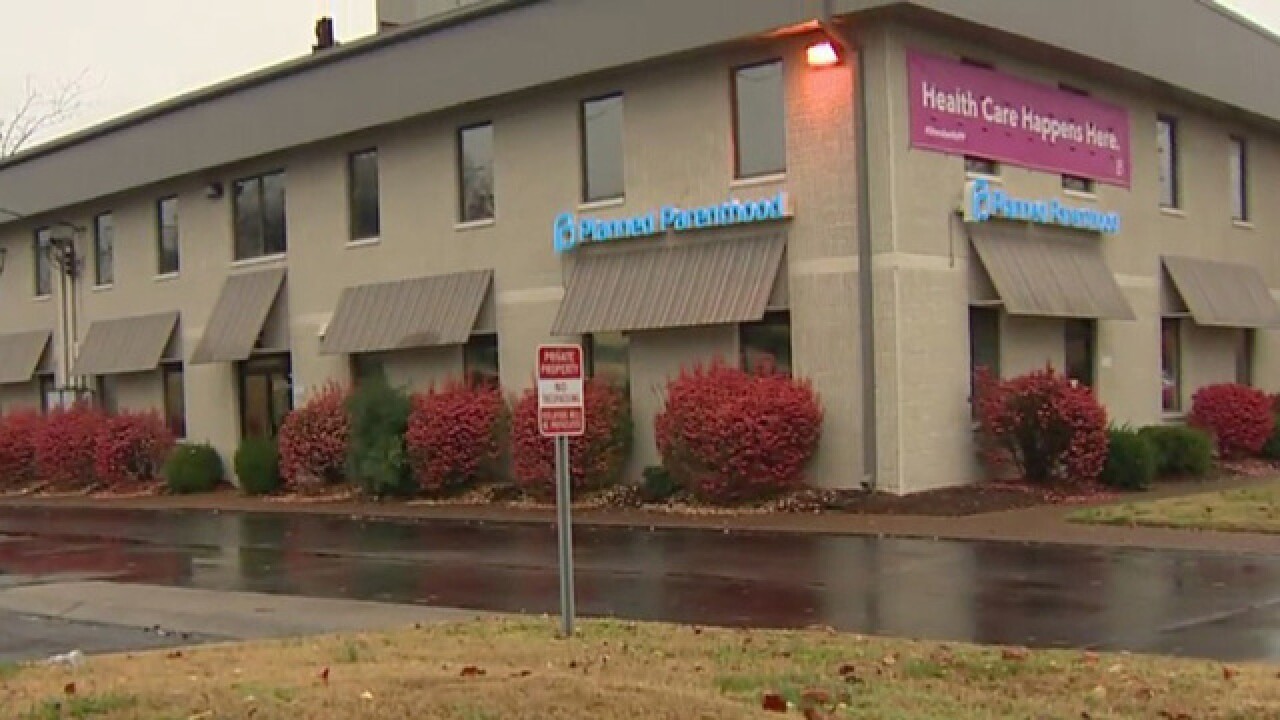 The Planned Parenthood clinic in Nashville is no longer accepting appointments for abortion services.

An official with Planned Parenthood of Tennessee and North Mississippi, which operates the clinic, released a statement with information on the decision Monday afternoon.  The statement did not say when the clinic would be providing abortions again.

The statement said the health center is “undergoing a period of quality improvement and will return with those services soon.”

The Nashville clinic is located on D.B. Todd Junior Boulevard.  It was open regular hours on Monday.

Patients who need to schedule an appointment for abortion services were directed to call 1-866-711-1717 for an appointment at the Memphis or Knoxville health centers.

In a statement, Aimee Lewis, the Vice President of External Affairs and Chief Development Officer for Planned Parenthood of Tennessee and North Mississippi said: “We are 100% committed to meeting our patients' family planning needs in Nashville, including abortion services. We believe that the ability to control fertility is fundamental to human health and well-being. We believe that your body is your own, and when it isn't, you can't be free, and you won't be equal.”

The Planned Parenthood clinic is the second one in Nashville to stop providing abortions this year.  The Women’s Center, which was located on Welshwood Drive, closed in August.

In a statement released Tuesday about these suspended services, Tennessee Right to Life president Brian Harris said in part, "With additional time, information, and alternatives we have witnessed changed hearts and minds of women who have in the last several days chosen life for their unborn children."