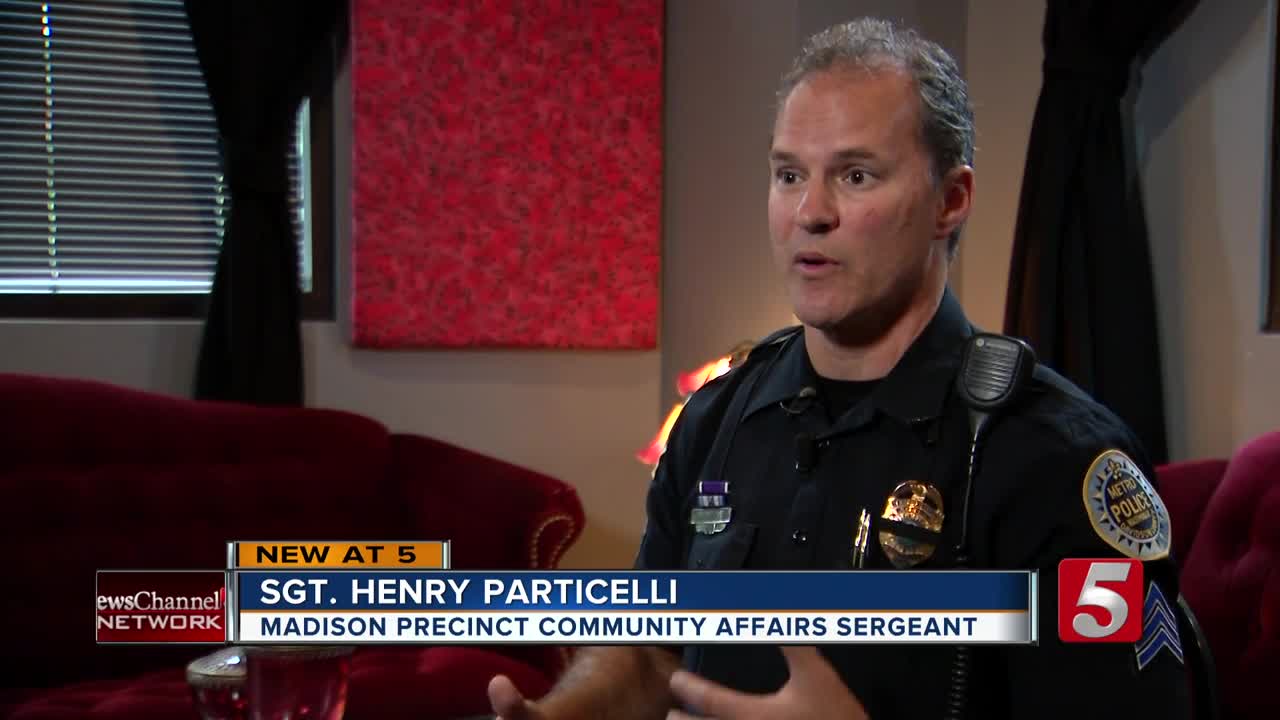 Every song that gets recorded in Nashville has a different story, but a song recorded on Wednesday at Sound Emporium Studios came together in part because of a tragedy: the loss of a Metro Nashville Police officer.

NASHVILLE, Tenn. — Every song that gets recorded in Nashville has a different story, but a song recorded on Wednesday at Sound Emporium Studios came together in part because of a tragedy: the loss of a Metro Nashville Police officer.

Officer John Anderson died while serving the city of Nashville, and during his funeral, one of his fellow officers played a song on stage that Juanita Copeland, president, COO, and general manager of Sound Emporium, couldn’t help but be impacted by.

“Being in the music industry for almost 30 years, I know a good song when I hear it,” Copeland said. “There is a need for people to hear what I just heard, there is a need for this positive message to get out.”

The song was called “We are the Good Guys” and was written by Sergeant Henry Particelli.

“I came (to Nashville) to do music originally,” Particelli explained, adding that eventually he decided to join the police force.

While in his training academy, the word got out that he was a songwriter, so he was asked to write a song for graduation, and he came up with “We are the Good Guys,” and it was a hit with the department.

“We’ve been using it for every graduation class from mine back in 2010 all the way through our current classes now,” Particelli said, adding that the song sends a message that police are there to help. “You know, we go into neighborhoods sometimes and there’s even little kids that are just predisposed to thinking that if we have this uniform on that we’re a threat to them or we may not be as friendly as they realize, and we want to change that script, we want to make sure that people understand that we’re there to help them out.”

While the song is used at many happy events for Metro Police, it is also used at some sad events, such as the loss of another officer, like Officer Anderson.

“We didn’t know each other great, but we’re all brothers in blue, we’re all trying to take care of each other,” Particelli said.

After playing Anderson’s funeral, Particelli heard from Copeland who offered to have him record the song with engineers and musicians donating their time to help with the recording at Sound Emporium, all with the goal to raise money for Anderson’s family, but they ended up coming to the agreement that it could help even more people if they opened it up to all officers across the country.

“I want to do something positive and productive with this song to benefit families of fallen officers, it’s always been on my heart,” Particelli explained after laying down his rough voice track in the studio. “We have 160 some in the line of duty deaths per year annually, so we want to make sure that we can reach out and not just help one family, but we can help a whole bunch of them.”

With the song, Particelli and Copeland plan to launch The Good Guys Foundation where people can donate to the families of fallen officers, as well as to officers who are simply doing good in their community.

But beyond raising money, the hope is that this song can impact people and help them realize that most police officers are good guys.

“I think we all benefit, we all win if people get to hear the message that hey, we’re here for you, we are the good guys,” Particelli said.

“I believe this song has the ability to change our conversation in our country about how we view police officers,” Copeland added.

Once the song is released, which is expected to happen before the end of July, Copeland said in an effort to make the song go viral and spread their message, they will be challenging police departments to take the “good guys challenge.”

“Show us you’re the good guys. Show us in your community doing something good,” Copeland said, adding that she hopes officers will create videos using the song. “I challenge every police officer, precinct across the country to do that with every proceed benefiting fallen officers and then honoring those that go above and beyond.”

More details will be available on The Good Guys Foundation website, which is currently under construction.