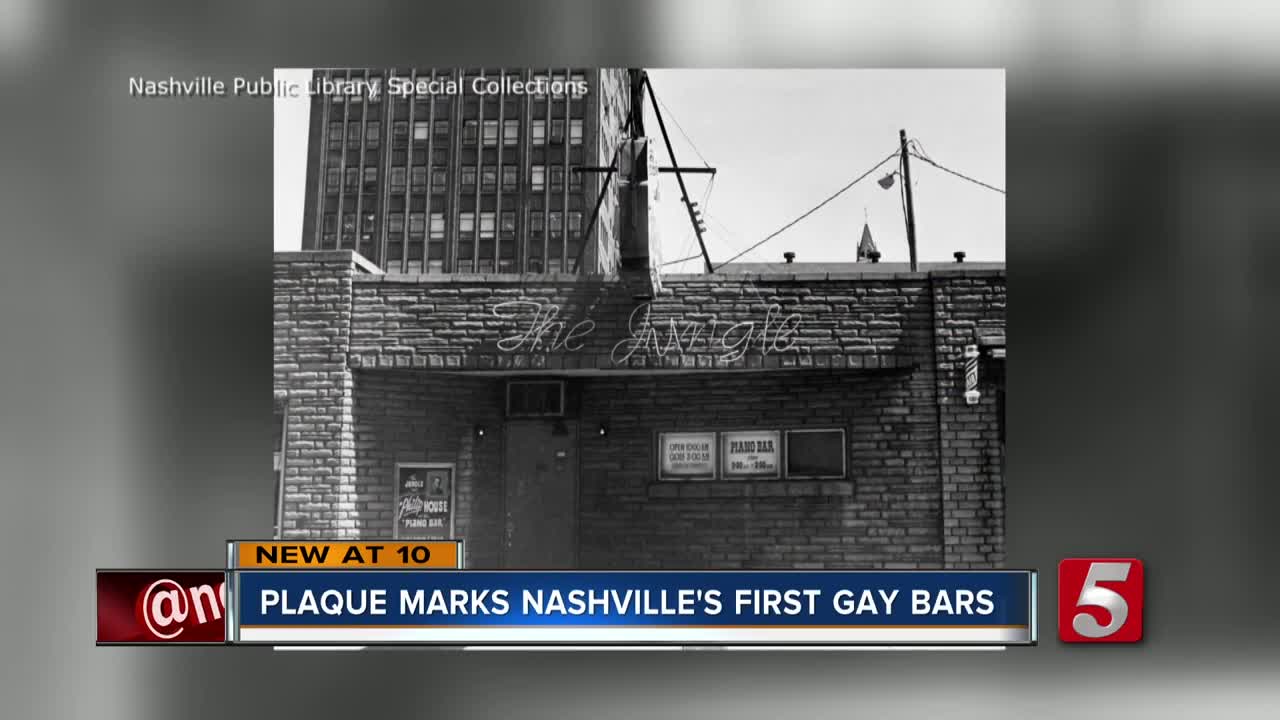 Nashville's newest historical marker is honoring a piece of the metro's LGBT history. 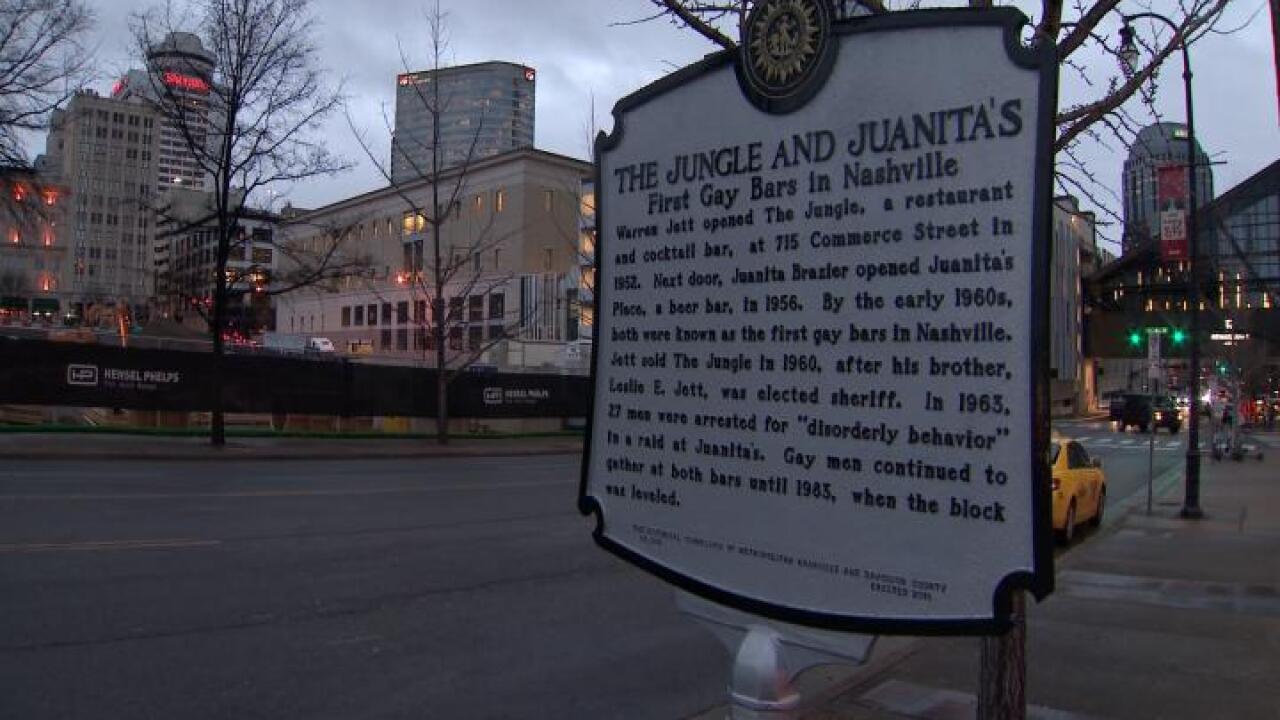 The marker, that sits near the intersection of Commerce St. and Seventh Ave. N., pays tribute to The Jungle and Juanita's. The two bars are regarded as Nashville's first gay bars.

Warren Jett opened The Jungle 1953. Juanita's opened next door in 1956. By the early 1960s, the bars became known as the first gay bars in Nashville.

"This was a place that people went to because they didn't have anywhere else to go," John Bridges said. Bridges was on of the leaders of the effort to create a historical marker for the site, and frequented the bars in the mid-1970s

"There was a bar, there were tables, there was a piano bar in Juanita's," Bridges recalled. "It wasn't fancy at all, it was just a place...but it was our place, it wasn't anybody else's place."

Bridges said the idea to create a marker for the bars came a year ago, and he's been pushing the effort ever since.

"It's important to have markers marking where things were because otherwise we just wont remember," he said.

The Jungle and Juanita's closed in 1983, when the entire block was torn down. Now the land is used for a parking lot, but Bridges said the legacy of the two groundbreaking bars still stands strong.