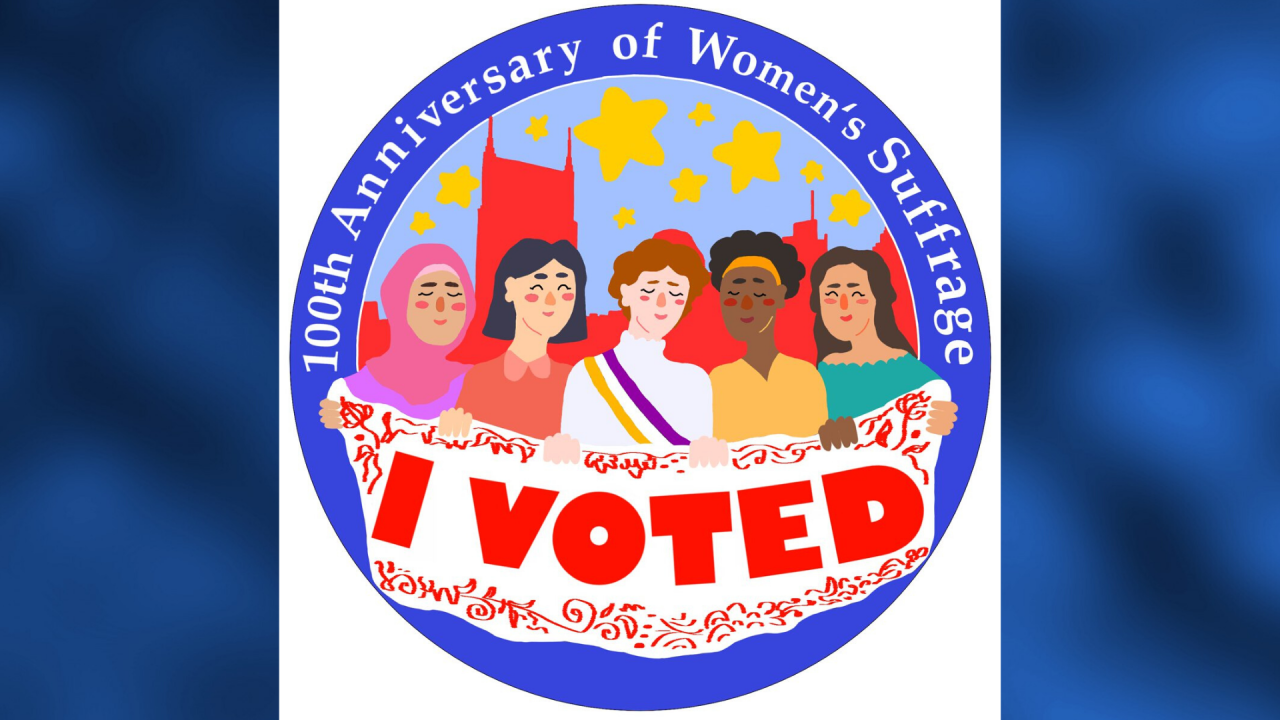 NASHVILLE, Tenn. (WTVF) — Nashville unveiled its new "I voted" sticker in honor of the 100th anniversary of the Women's Suffrage movement.

The Metro Nashville Arts Commission partnered with the Davidson County Election Commission to host a contest for a student to design a special edition voter sticker.

This year is the 100th anniversary of the ratification of the 19th amendment, which gave women the right to vote.

Her sticker will be available at polling locations this August and November.