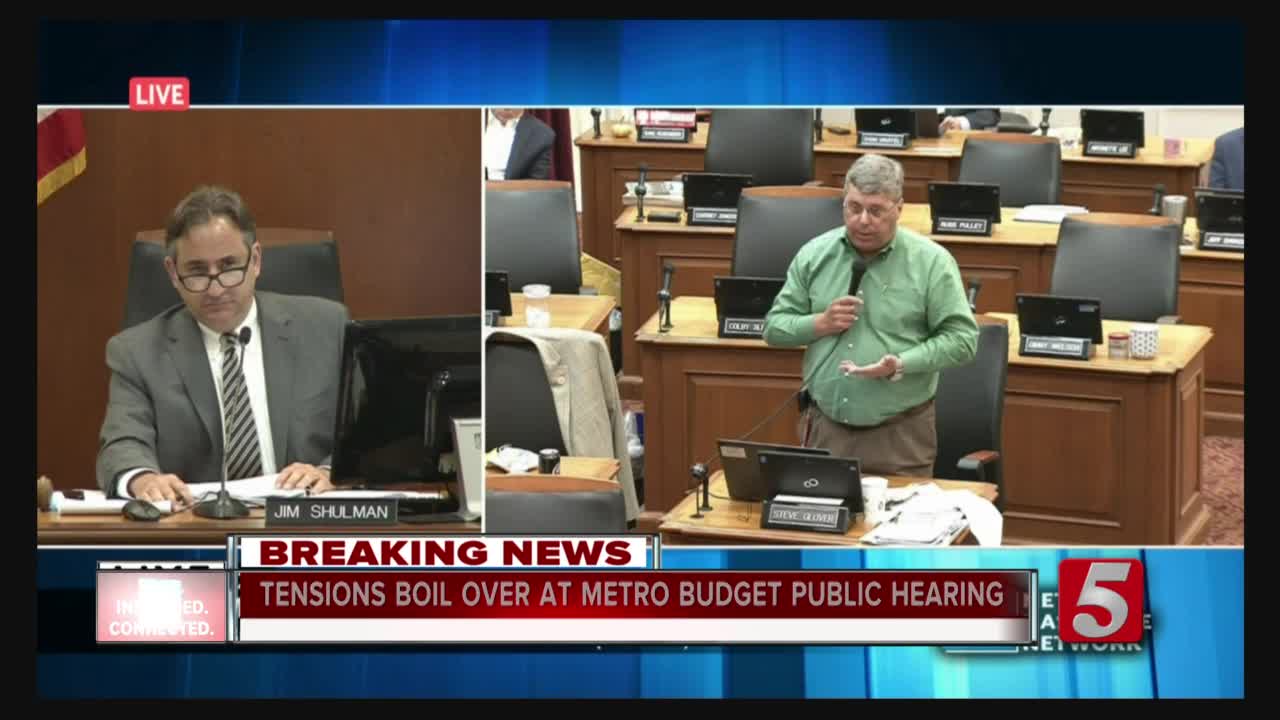 After nearly 11 hours, the longest Metro council meeting in Nashville’s history has wrapped. 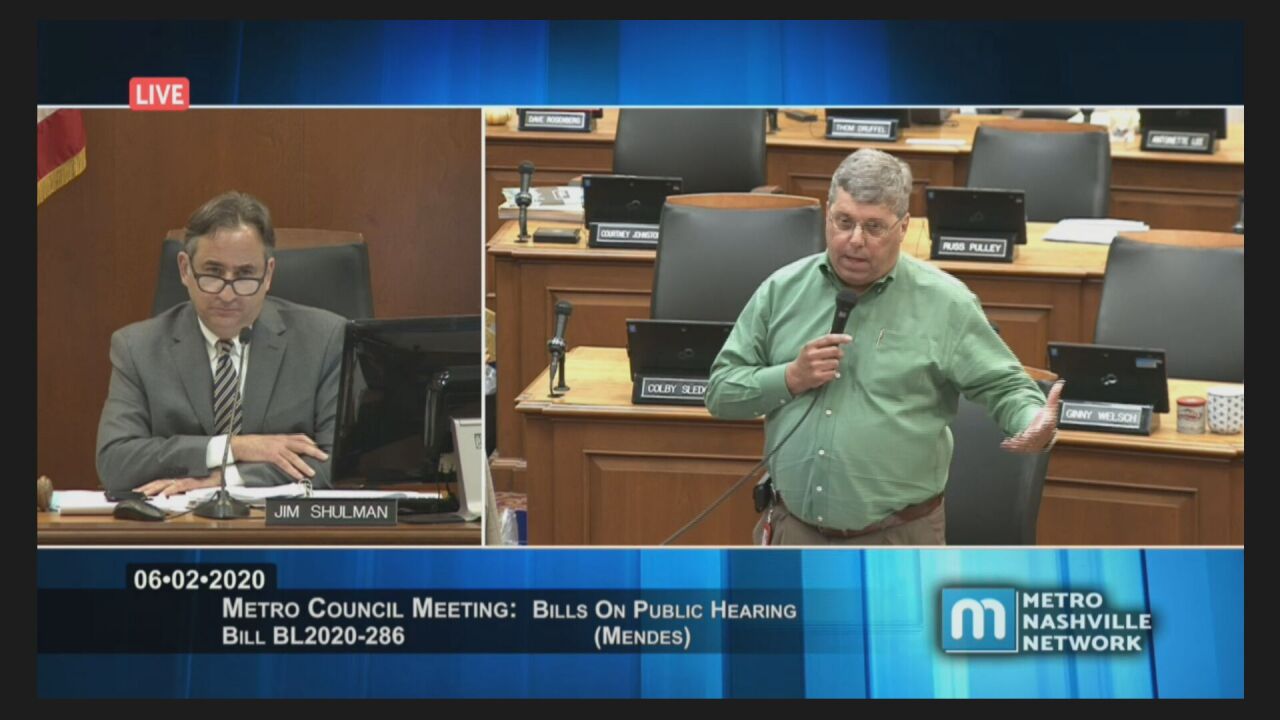 The public hearing on Metro’s proposed property tax increase ended shortly before 5:30 a.m. Wednesday. The hearing was tense at times, with more than 100 callers and in-person speakers asking the council to defund the Metro Nashville Police Department and distribute that money to other programs like education, transportation and public housing.

After the public hearing portion of the meeting wrapped up, councilman Steve Glover vented his frustration, calling the hearing a "farce" and a "fiasco." He claims with the volume of callers asking for MNPD to lose funding, that people who wanted to voice concerns about the tax increase were not able to get through.

Glover wasn't the only person frustrated. At one point during the night, Vice Mayor Jim Shulman was caught on camera addressing residents waiting to speak.

Councilman just addressed those waiting to speak at the #Nashville council meeting, saying we are “playing fun and games.” That we are ruining the cause. Security and police grab for their guns. We are sitting down! pic.twitter.com/2IF0Z0kXJD

Crystalline Jones, an eight-year educator at MNPS, talked about the struggles they face because of the lack of funding from council.

"As a resident of the City of Nashville after the tornado and during a pandemic would prioritize millions of millions of dollars, three times as much, away from education just baffles me. I knew that I had to speak with the thousands of children across our city that could not be here. I also had to speak against over policing of our communities," she said.

Ultimately, the council moved both budget bills forward, including the proposed tax increase, but those will now go to amendment workshops over the next two weeks.

The public will be able to watch those workshops but not comment. Residents have until 3 p.m. Wednesday to submit comments if they weren't able to get through on the phone or gave up before they were recognized.

The budget will come up for a third and final vote ‪in two weeks. That's also when the council will consider any substitute budgets presented by council members.

If they are unable to come to an agreement, the Mayor's budget will automatically go into effect at the end of June.