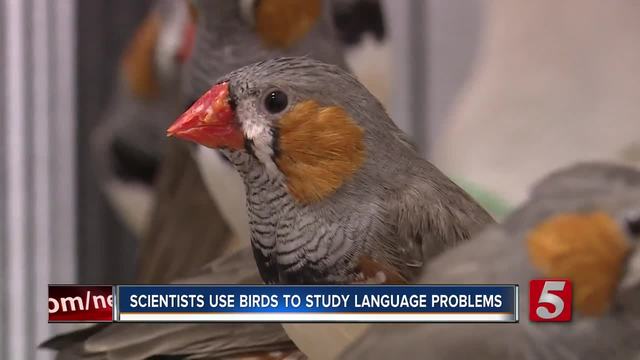 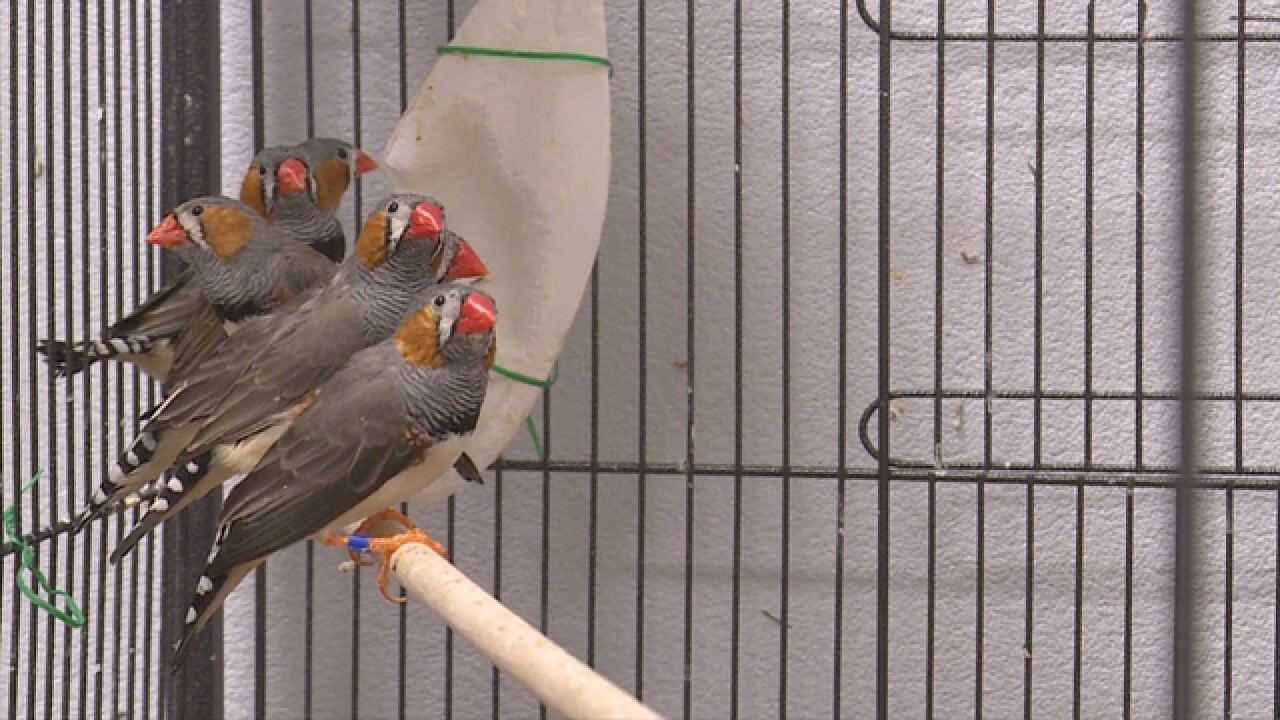 The cages are lined with professional acoustic foam and rigged with microphones.

"I learned about the parallels between song birds and humans and specifically vocal learning," said Snyder.

Together, with biological sciences professor Nicole Creanza, they're working on a study that looks at birds and how they learn to sing.

"Some of the parallels that song birds have with humans are basically they don't hatch knowing what song to sing. Just like human babies aren't born knowing what language to speak," she said.

And just like babies, the young finches listen to the adult birds. After about 30 days, they start making random noises. They switch from baby-like begging calls then try to pronounce full syllables.

By introducing hardships to the birds, researchers are hoping to learn how humans develop language problems, like a stutter.

Both researchers say they hope by listening and comparing the bird songs they can shed light on human speech development.