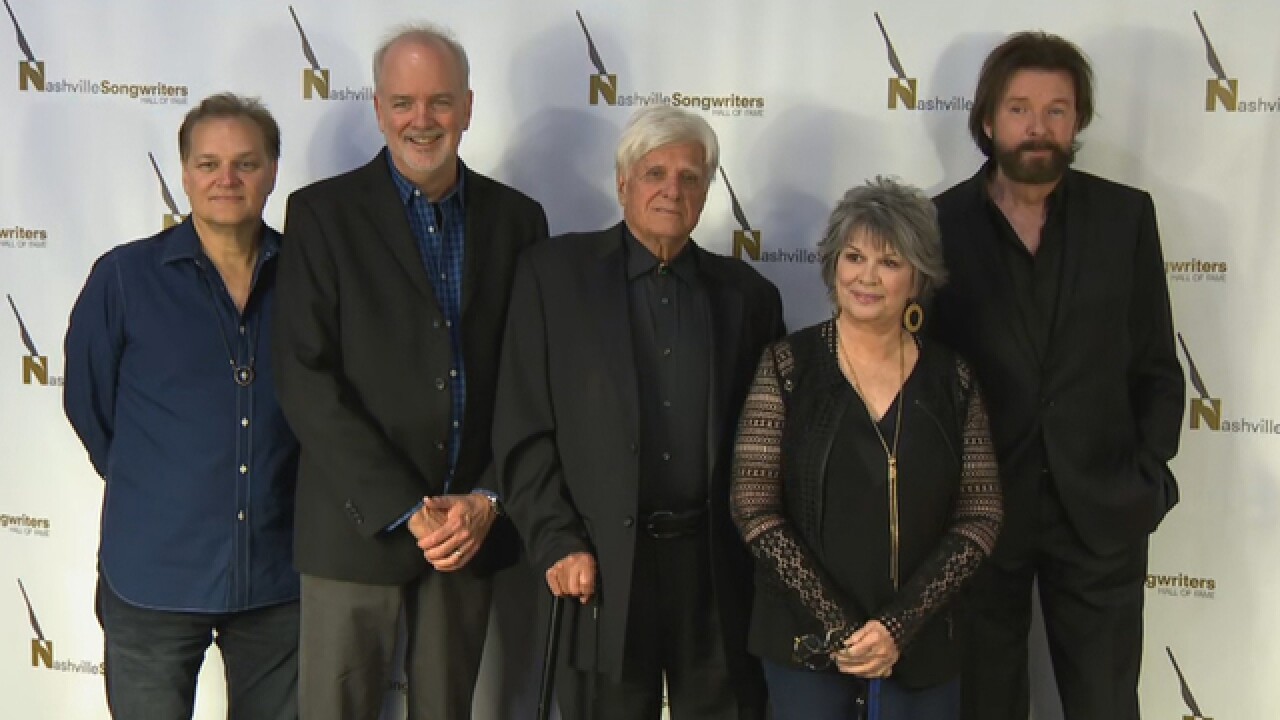 The newest inductees into the Nashville Songwriters Hall of Fame have been announced in Music City.

They will be inducted at a gala on October 28 at the Music City Center.

Byron Hill’s songwriting credits include “Pickin’ Up Strangers” by Johnny Lee, “Fool Hearted Memory” by George Straight, and “Nothing on But the Radio” by Gary Allan.

Wayne Kirkpatrick co-wrote the Grammy winning Song of the Year “Change the World” by Eric Clapton, “Little White Church” by Little Big Town, and the Broadway musical Something Rotten!

Joe Melson co-wrote numerous hits with Roy Orbison, including “Only the Lonely (Know the Way I Feel),” “Crying,” and “Blue Bayou.”

K.T. Oslin was the first female songwriter to win “Song of the Year” at the Country Music Awards. She self-penned and recorded hits such as “80s Ladies,” “Hold Me,” and “Come Next Monday.”