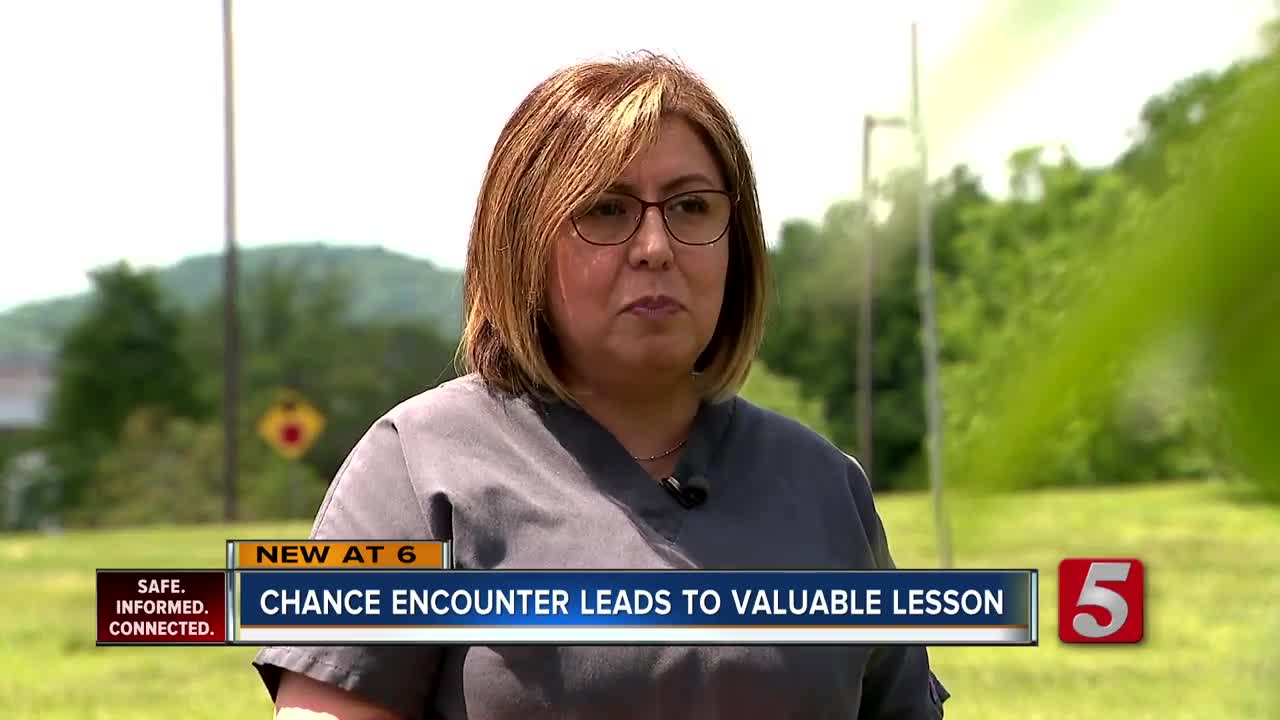 A Nashville woman said she is learning a big lesson after a homeless man helped comfort her following an alarming incident on the interstate. 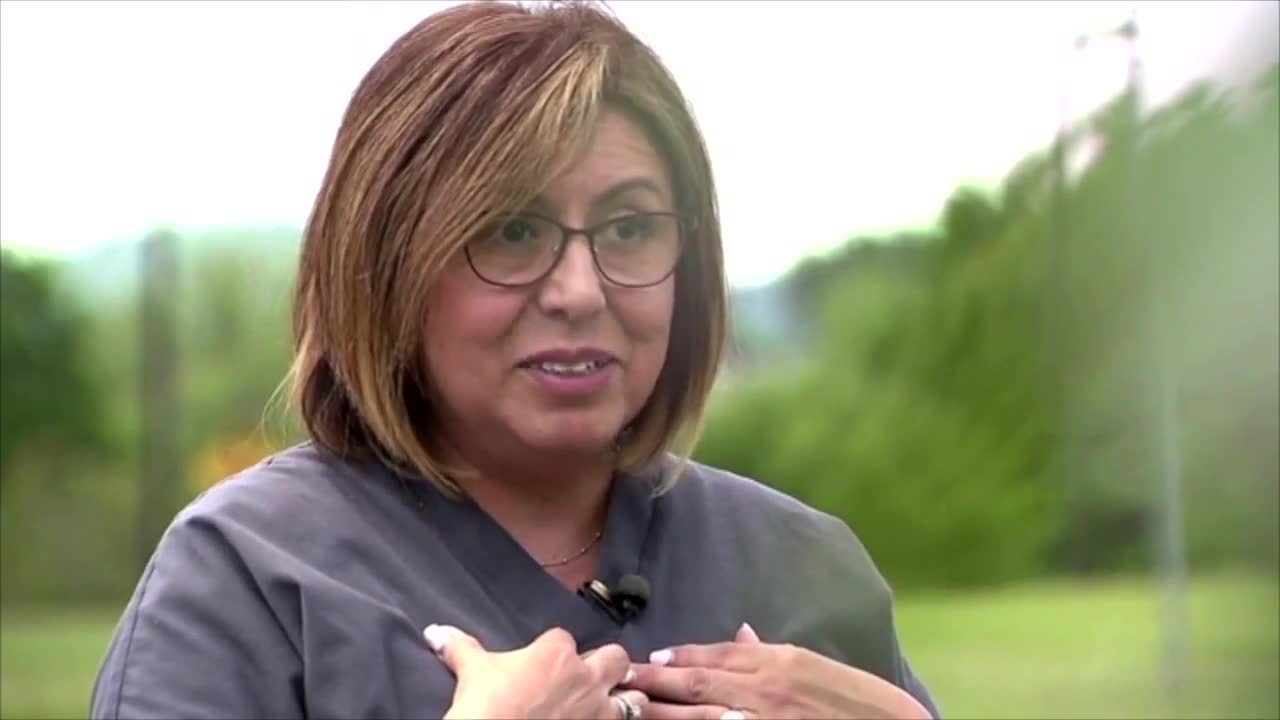 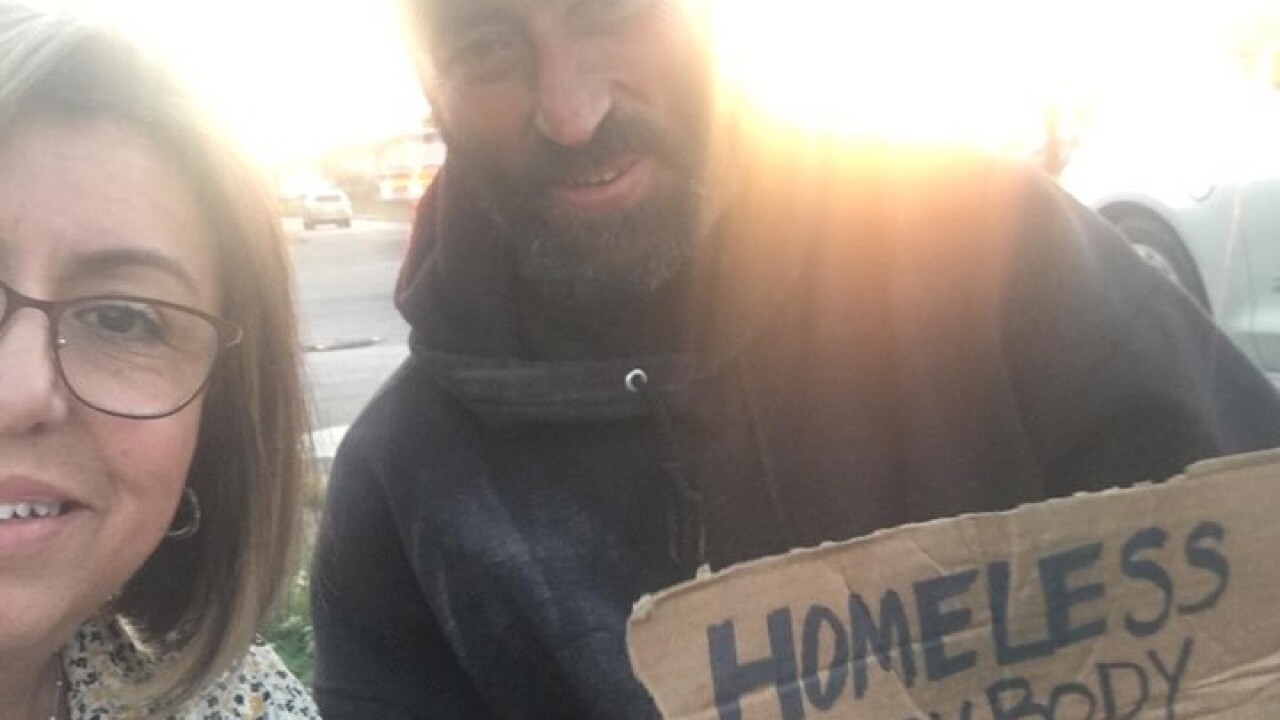 NASHVILLE, Tenn. (WTVF) — A Nashville woman said she is learning a big lesson after a homeless man helped comfort her following an alarming incident on the interstate.

Vicky Chasse was driving home on I-440 on Monday when she said a large rock from the construction site rolled in front of her. With narrow roads and little to no time, she ran over the rock and heavily damaged her car.

Frantic and upset, she eventually pulled over on the side of 46th Ave N near Delaware Avenue in west Nashville. A homeless man who went by Tony approached her.

"Sadly we have the tendency to stereotype people and sadly that's what I did, so I got a little guarded," Chasse told NewsChannel 5.

She said Tony simply wanted to make sure she was ok, and even offered her a bottled water.

"He came back five minutes later, crossed the street and bought me a cold bottle of water that he bought at the gas station," she said.

Chasse was so touched by his kind gesture that she decided to get to know him. She crossed the street where he was posted earlier and sat next to him as they waived to people. They stayed together for more than three hours until her car was towed.

The kind gesture by Tony did not surprise his homeless friend Jason Edwards. They both live together under a nearby bridge.

Edwards hoped their story is a reminder not to judge a book by its cover.

"We're just like anybody else. We got a heart. We help out when we can to whoever we can," Edwards said.

Chasse's daughter bought him dinner before she left. She plans on visiting him soon after realizing there are still good people in the world.

"We should never stereotype people and we should never judge people based on the way they look, act and dress because we never know their story."