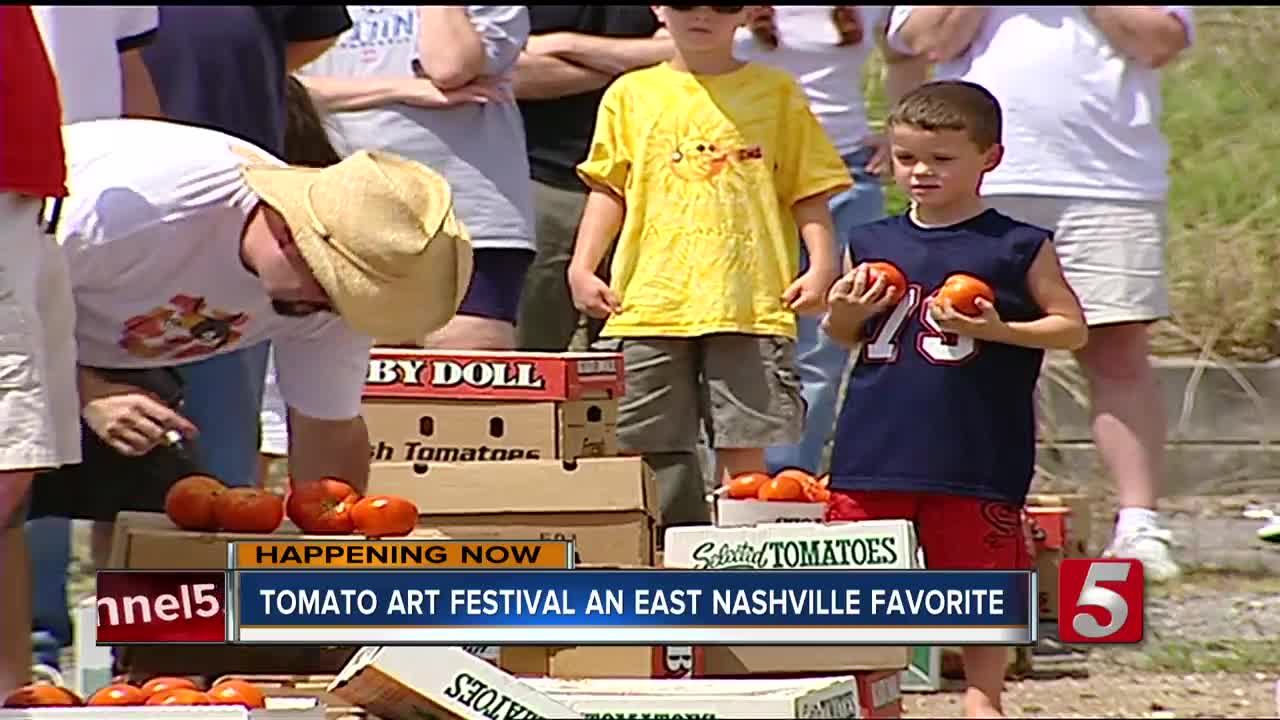 The Tomato Art Festival is one of the most unique and most loved festivals in Nashville, and it has a unique history. 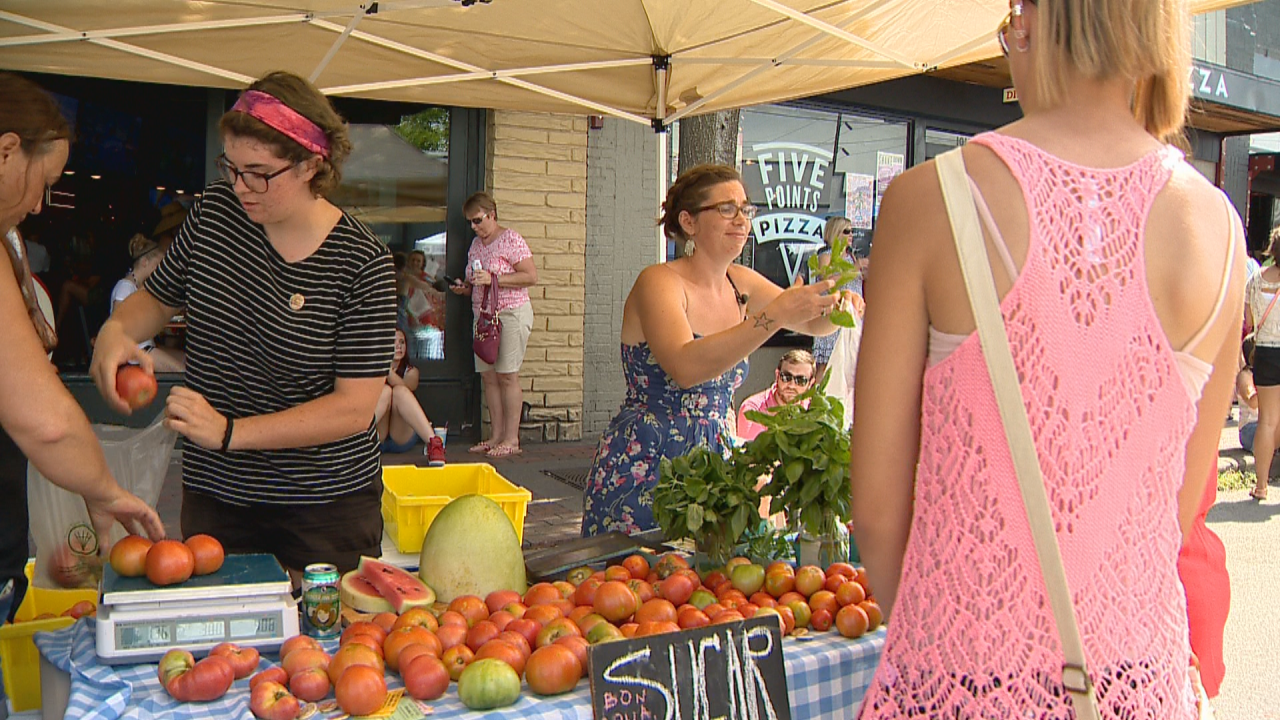 NASHVILLE, Tenn. — The Tomato Art Festival is one of the most unique and most loved festivals in Nashville. Celebrating all things tomato, you never know exactly what to expect.

While the Tomato Art Festival is one of East Nashville's most defining events all year, it started modestly as an art show put on by the owners of the Art and Invention Gallery.

"They essentially came up with an art show that would work for August,” Davis said, adding that tomatoes are ripe in August; so they tried it out, and it caught on.

The first year focused on art, but it grew to put a spotlight on so many other things. They started a parade every year. And in their third year, they even threw tomatoes at an old shutdown business that had a reputation for being a hot-spot for crime in the neighborhood.

"We've done everything over the years from a tomato toss, tomato throw, we've had different artists paint in the middle of Five Points the giant tomato,” Davis said.

Now in its 16th year, the festival is bigger than anyone could have ever imagined.

Maybe it's because tomatoes are just a funny fruit, or vegetable. People argue about it, even though the State of Tennessee designated the tomato as the state's official fruit in 2003 (the same year the festival started).

But at the festival, they don't care which way you lean on the issue. It's all about coming together as a community.

"Our motto of the event is that it's a uniter not a divider,” Davis said.

And for years to come, they'll keep hosting the festival as long as people keep on dressing up, having fun, and enjoying the company of other tomato lovers.

"People love to come out and have a good time and kind of enjoy the wackiness of the event."

The Tomato Art Festival takes place in Five Points in East Nashville, with music kicking off the festival at 6 p.m. on Friday, and the parade kicking off Saturday’s festivities at 9 a.m. on Saturday.