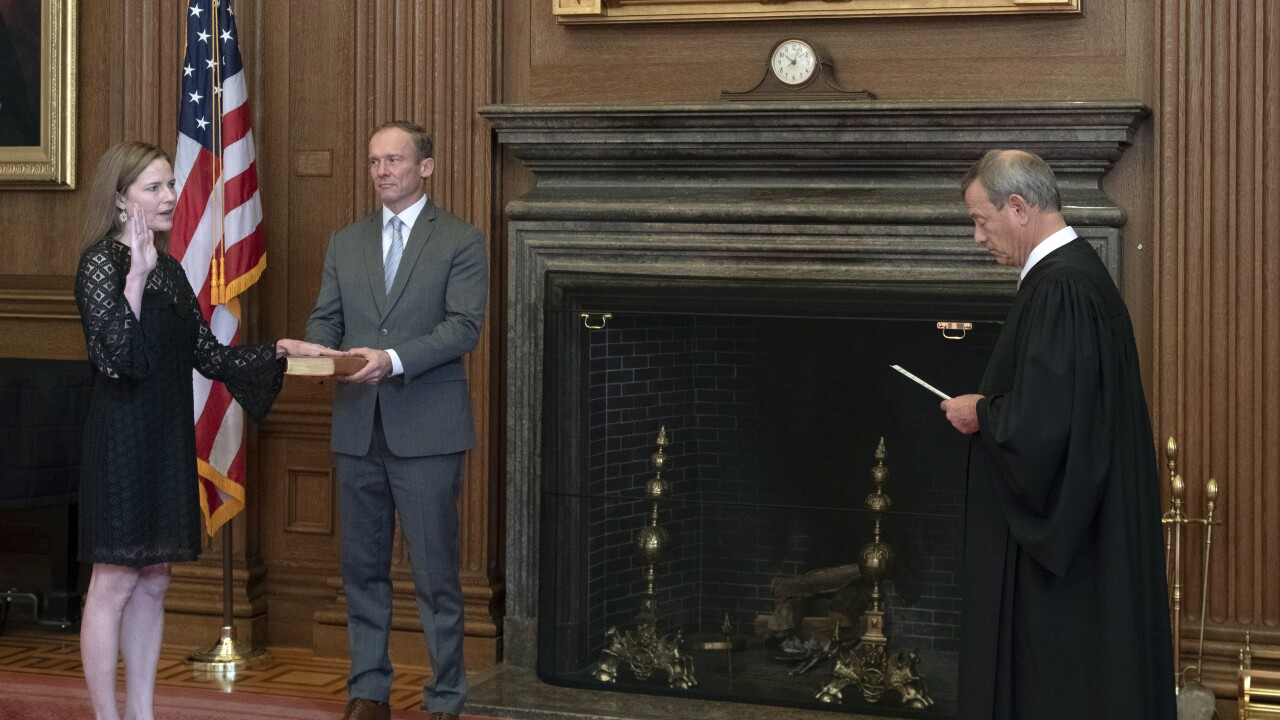 Barrett's first votes on the court could include two big topics affecting the man who appointed her.

The court is weighing a plea from President Donald Trump to prevent the Manhattan district attorney from acquiring his tax returns as well as appeals from the Trump campaign and Republicans to shorten the deadline for receiving and counting absentee ballots in the battleground states of North Carolina and Pennsylvania.

It’s not certain Barrett will take part in these issues.