The gifts listed in the "The Twelve Days of Christmas" will cost you $34,131, which is 0.6 percent more than last year.

Only a few items went up in price, according to the PNC Wealth Management Christmas Price index. Monday marks the 32nd year that the Pittsburgh-based bank tracks inflation by pricing the cost of the items listed in the carol.

Lords a-leaping are 3 percent more expensive this year than last. A partridge in a pear tree rose 3.5 percent. And the cost of two turtle doves rose 11.5 percent.

Nine other gifts stayed the same price as last year. The most expensive is still the seven swans a-swimming, which cost $13,125. 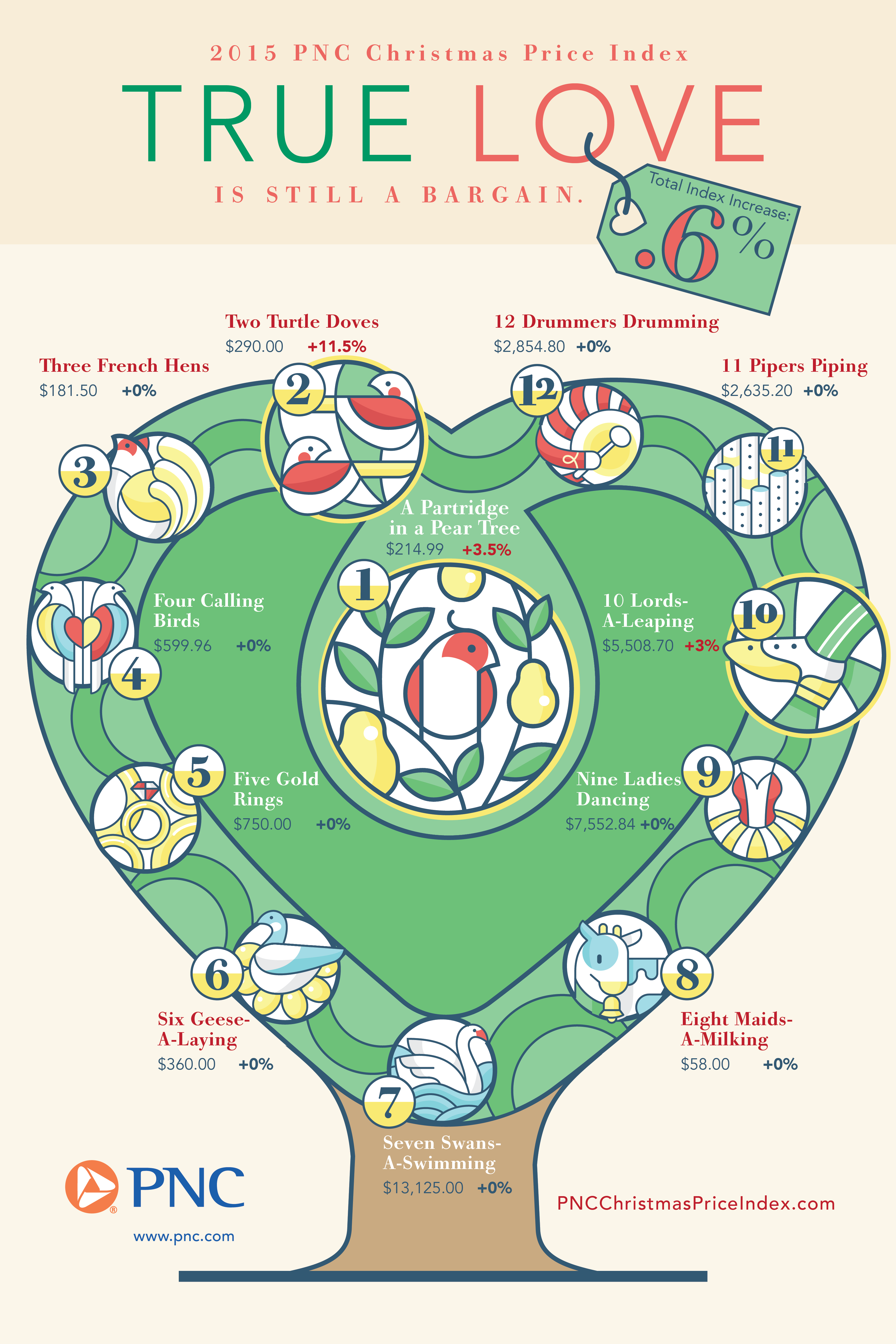