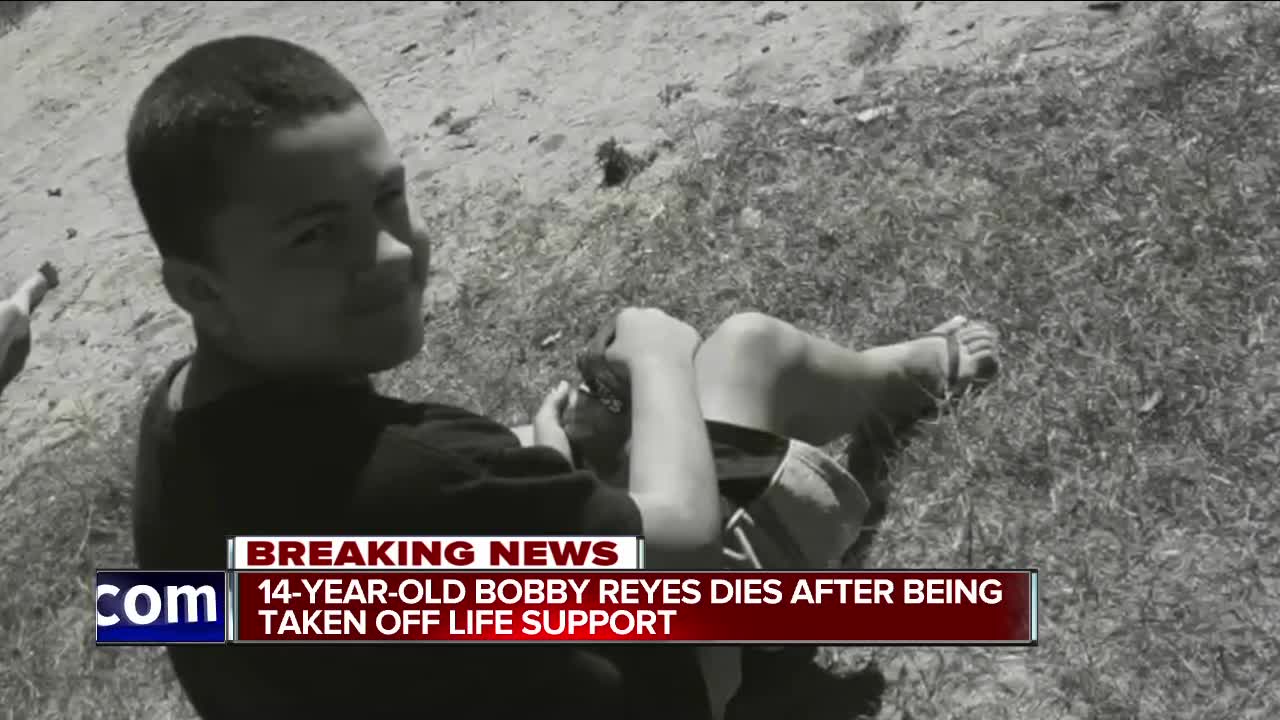 Bobby Reyes, a Monroe County teen who was placed on life support after a severe asthma attack has been taken off life-support and died after a second test determined he was brain dead. 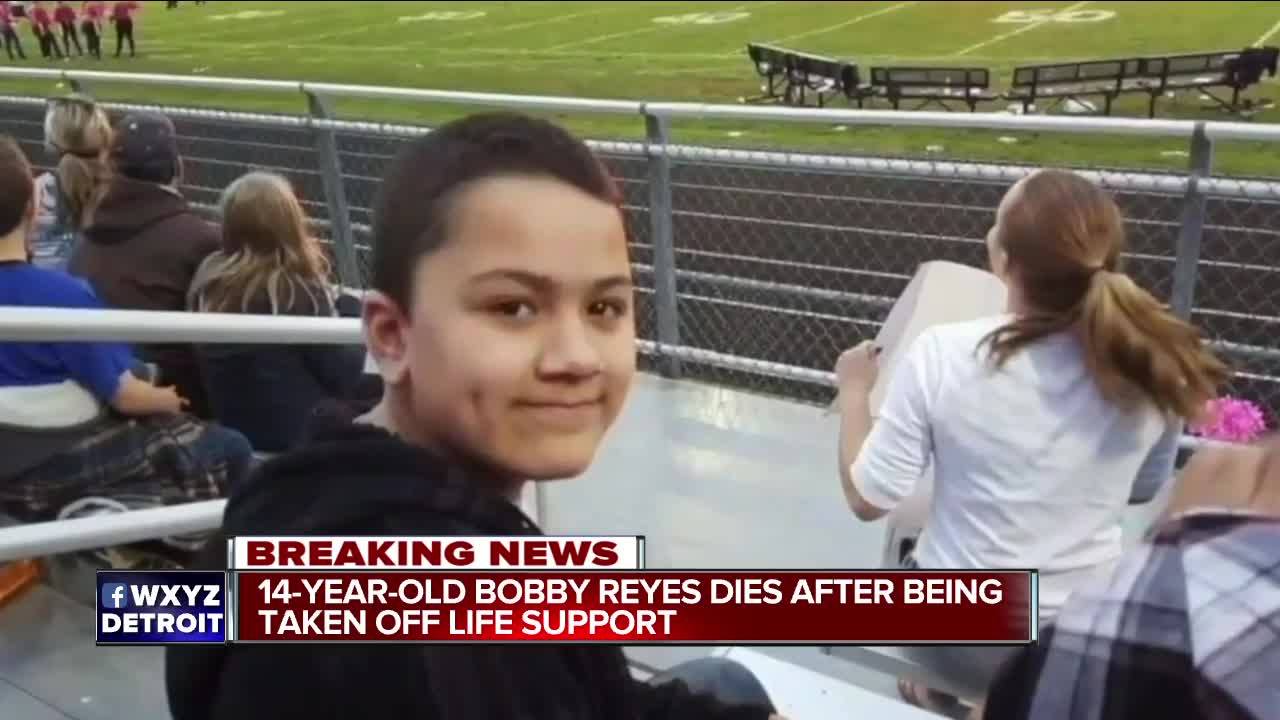 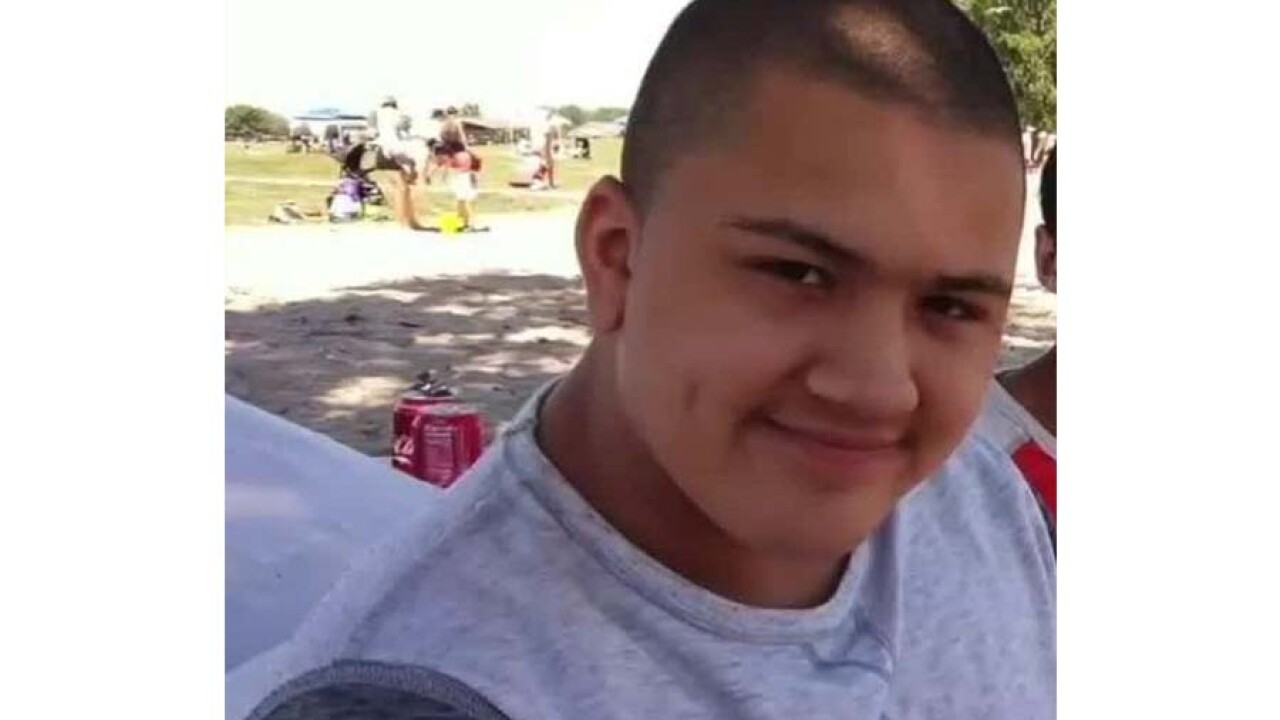 MONROE COUNTY, Mich. — Bobby Reyes, a Michigan teen who was placed on life support after a severe asthma attack, has been taken off life support and died after a second test determined he was brain dead.

According to Michigan Medicine, a second test was performed Tuesday morning, which found he had no detectable brain or brain stem function. The hospital said the family gathered in his room when they discontinued ventilation.

"Further testing — including an electrical encephalogram (EEG) and a cerebral blood flow study — detected no electrical activity and no blood flow to Bobby’s brain," the statement reads.

He was taken off life support after a weeks-long court battle where his family fought to keep doctors at C.S. Mott Children's Hospital from doing a second test to determine if the 14-year-old was brain dead.

I just received this statement from Michigan Medicine. It says that Bobby Reyes has been taken off the ventilator. pic.twitter.com/w2k8K73eVU

On Tuesday, Washtenaw Circuit Court Judge Davis Swartz lifted the stay in place, saying he didn't have jurisdiction over the case because it had to be filed in a state court.

“Bobby talked about being a missionary," said Bobby's mother, Sarah Jones, as she described the 14-year-old. "He likes helping people. Bobby loves cats, animals, babies. He is sweet.”

She says she wishes she had known that the third week of September is known as the most dangerous week of the year for anyone with asthma because it is high ragweed pollen season. Her son told her he was having a hard time breathing. She told him to use his inhaler. He did but it did not help.

“It was so quick,” Jones said.

She called 911 and started driving to a firehouse near her home in Monroe County’s Ash Township for help. Bobby stopped breathing. He was airlifted to the University of Michigan's C.S. Mott Children’s Hospital.

Doctors there told Bobby's family that the boy who had never had a seemingly serious asthma attack previously, only wheezing, was brain dead.

His family had tried to obtain a court order, and they also worked to find a different hospital that would accept Bobby.

This story was originally published on WXYZ.