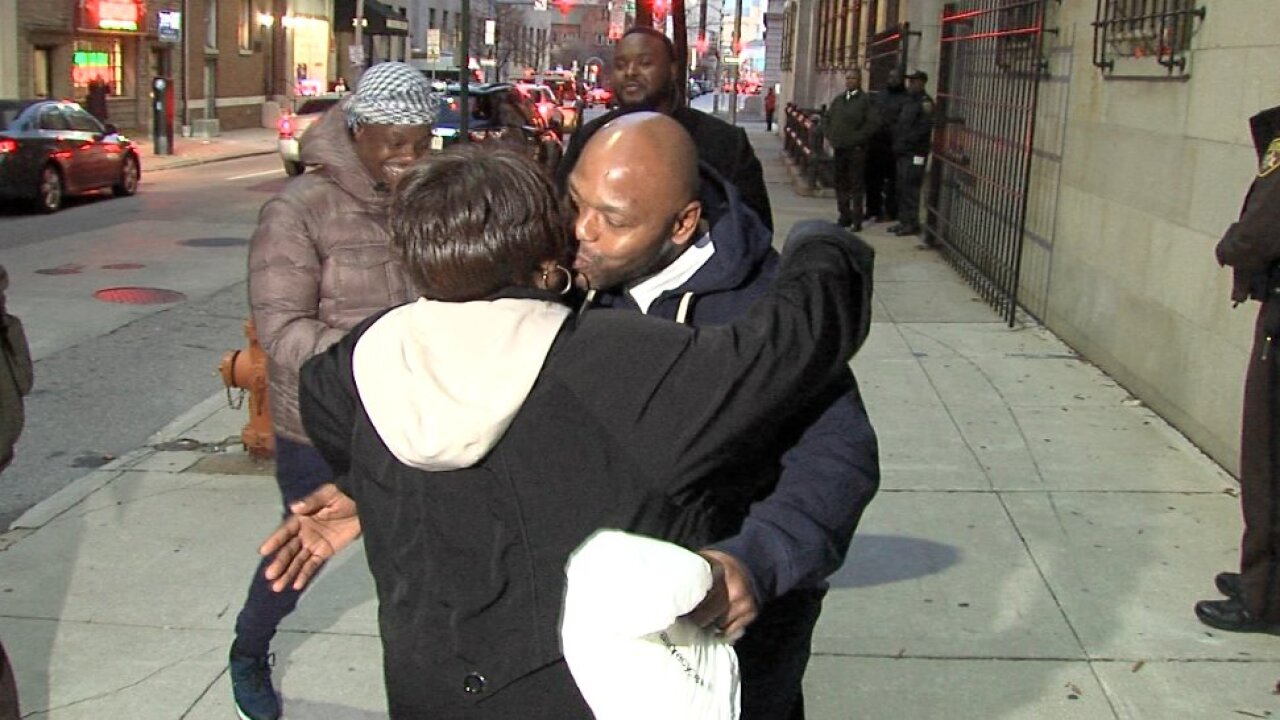 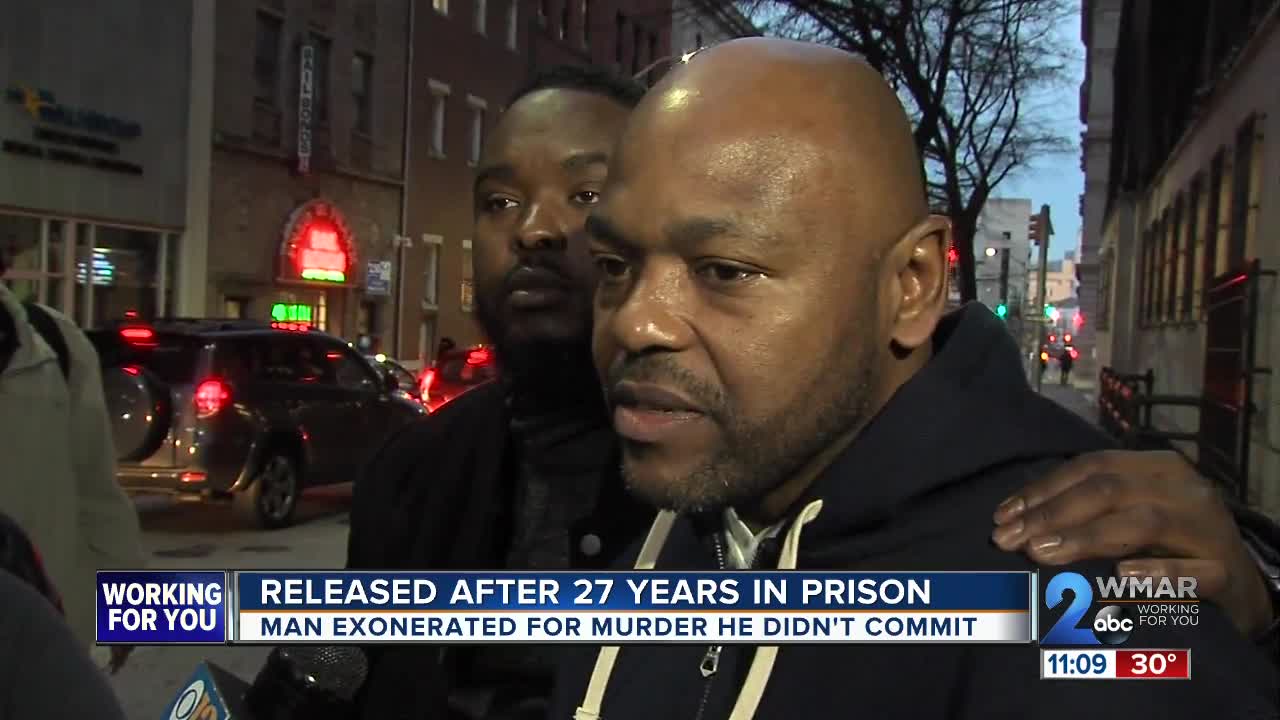 Baltimore, Md. — A Baltimore man is free after spending more than half of his life in prison for a crime he didn’t commit.

Around 5 p.m. Monday night Clarence Shipley took his first breath of free air in 27 years after being exonerated on all charges for the 1991 murder of Kevin Smith.

His mother Ola Shipley always knew he was innocent. He couldn’t wait to give her a hug.

Ola lost a lot of years with her son.

“We were going into jail to see him, but we still couldn’t hug him like your loved ones that’s at home," she said. "You can’t do things with him because you’re always confined down.”

Clarence's son, Clarence Jr., was forced to figure out life without his dad around.

“Growing up without my father coming from the neighborhood I come from, it’s tough,” Clarence Jr. said. “You have to learn how to adapt to be a man. I’m just happy and excited to see how life is with my father, ya know?”

He was right there with his arm around his father’s shoulder as they walked out of the court house.

“It brought tears to my eyes. I just came home myself, and it’s like I don’t want to repeat no cycle,” Clarence Jr. said. “I’m just ready for a new beginning and to spend time with my son and my father.”

Clarence was convicted based on the testimony of a man who admitted to lying to get a shorter sentence for himself.

An eye witness said Larry Davis was responsible, but identified Clarence in a photo array.

Four years ago, the Innocence Project Clinic worked to reopen the case.

Mosby looked Clarence in his eyes and apologized on behalf of the entire criminal justice system.

“I think it’s important for me to apologize to Mr. Shipley and his family for the pain they’ve endured because of this wrongful conviction,” Mosby said.

Claremce will never get back the time or memories lost.

“I lost a lot, I lost a child while I was behind bars, a child that I never got to know," Clarence said. "My family.”

Now he is looking forward to salvaging a chance at life that he never should have lost.