A vehicle passed a stopped school bus, nearly hitting a child. So two bus drivers boxed them in 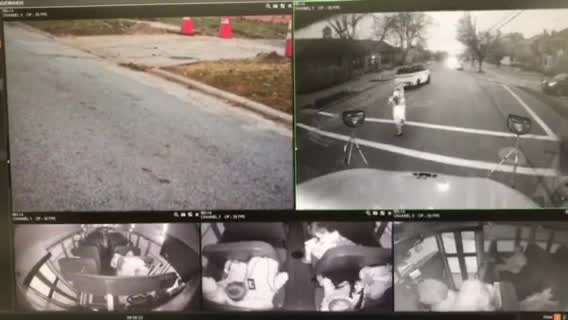 ROCKY RIVER, Ohio —  Two bus drivers in Ohio took matters into their own hands when they boxed in a vehicle that passed a stopped school bus, which nearly hit a child and a crossing guard, according to Rocky River police.

Shortly after 8 a.m. Oct. 30, a caller reported a driver of a white Range Rover with Florida plates that passed a stopped school bus in the 1600 block of Lakeview Avenue in Rocky River.

Two bus drivers blocked the vehicle in, which prevented the driver from leaving the scene.

A 27-year-old female driver was cited for reckless operation, a minor misdemeanor.

Police said no one was injured.

This story was originally published by Kaylyn Hlavaty on WEWS.