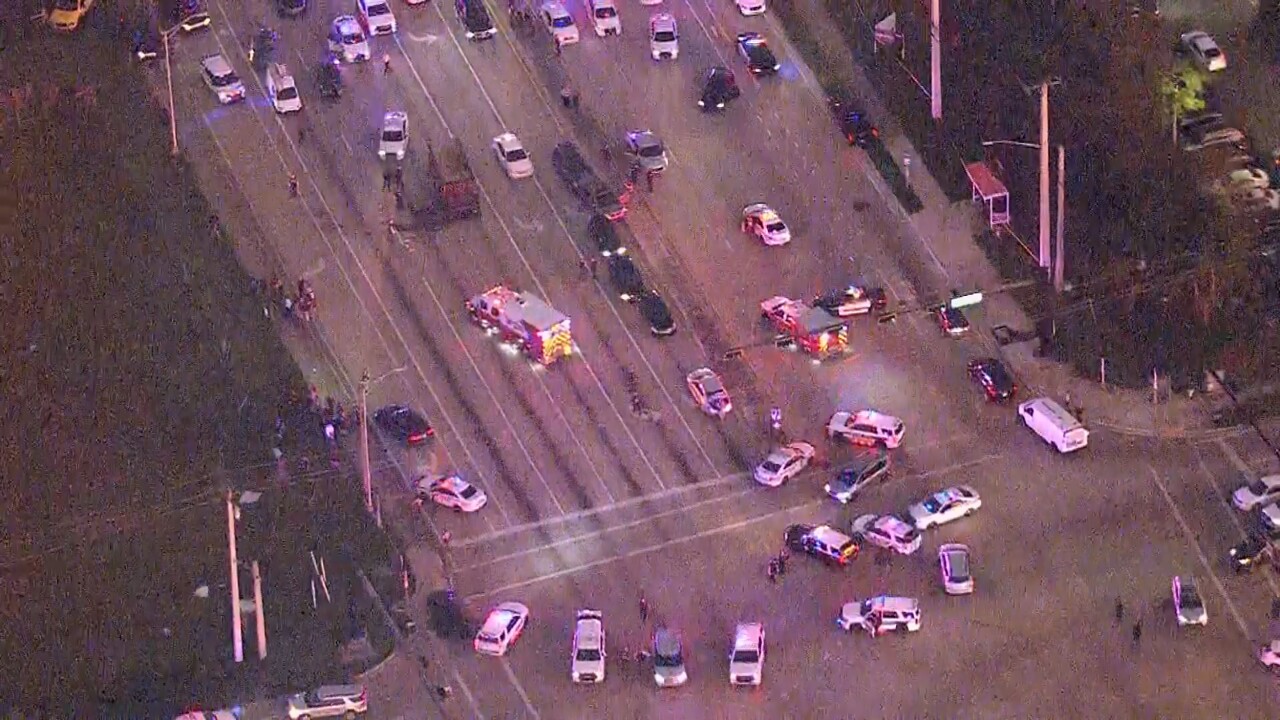 Most of those officers – 13 – were from Miami-Dade Police Department, having followed the truck into Broward County during a long chase, said Rod Skirvin, president of the Broward County Police Benevolent Association.

Four people were killed in the shootout Thursday evening at an intersection in Miramar: two robbery suspects who'd hijacked the truck; a UPS driver they had taken hostage; and a bystander, police said.

The shootout happened as a police chase ended after the hijacked UPS truck got stuck in traffic. Gunfire erupted from inside and outside the truck, though it's not clear who fired first.

Police officers left their vehicles and crouched behind cars -- their own and others at the intersection -- as shields as they approached, video from the scene showed .

Suspects Lamar Alexander, 41, and Ronnie Jerome Hill, 41, both of Miami-Dade County, were killed, the FBI said .

Also killed were the hijacked UPS driver, Frank Ordonez -- who relatives said had been substituting for a colleague who'd called out from work -- and bystander Richard Steven Cutshaw , officials said.

Whether Ordonez and Cutshaw were shot by police is under investigation, the FBI has said.

At least 13 police officers were shot at, but none was injured, according to Steadman Stahl, president of the South Florida Police Benevolent Association.

The Sun Sentinel and other news outlets report that the Miramar, Miami-Dade and Florida Highway Patrol officers who were involved in the shootout are now on administrative leave as the incident is investigated.

The chase began after Alexander and Hill robbed a jewelry store Thursday afternoon in Coral Gables, near Miami, and hijacked the UPS truck, police said.

Police radioed that gunfire occasionally erupted from the truck even as police chased it, CNN affiliate WSVN reported .

Ordonez, 27, leaves behind two daughters. His friends, coworkers and relatives have gathered to remember him over the past few days.

On Sunday, people gathered outside the UPS facility in Doral, where he left his car Thursday before beginning his shift.

Mourners wrote messages like "RIP Frank" on UPS delivery notes -- the ones drivers leave on doors when package recipients aren't home -- and stuck them to his car, video from CNN affiliate WSVN shows.

On Monday, mourners gathered at a Miami-area funeral home for his visitation.

"To think of the excitement and enthusiasm that he had, and that he has children, it just hurts," Linda Stevens, a FedEx worker, told WSVN outside the funeral home.

Ordonez's funeral was to be held Tuesday afternoon.