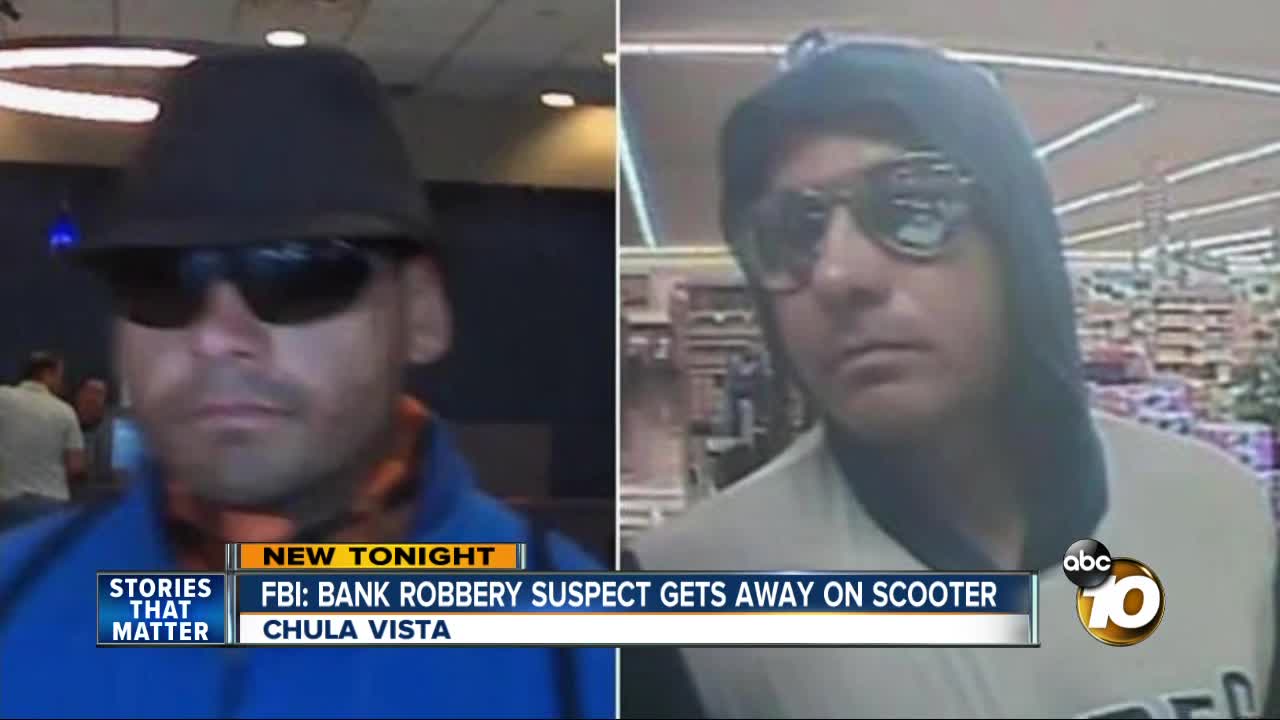 A man suspected in a Chula Vista bank robbery used a Lime scooter as his getaway vehicle. CHULA VISTA, Calif. -- The FBI and Chula Vista police are looking for a man suspected of robbing a bank in Chula Vista and making his getaway on a Lime scooter .

According to the FBI, the robbery happened on Oct. 14 at the Chase bank branch on Olympic Parkway.

During the robbery, a man wearing sunglasses flashed a gun and was able to get away with an undisclosed amount of cash.

Witnesses told police they saw the man fleeing on a Lime scooter.

The same man is also wanted in connection with a bank robbery in early October at a US Bank on Saturn Boulevard in south San Diego. He was last seen wearing a fedora hat, dark sunglasses and a scarf on his neck.

This story was originally published by Laura Acevedo at KGTV.