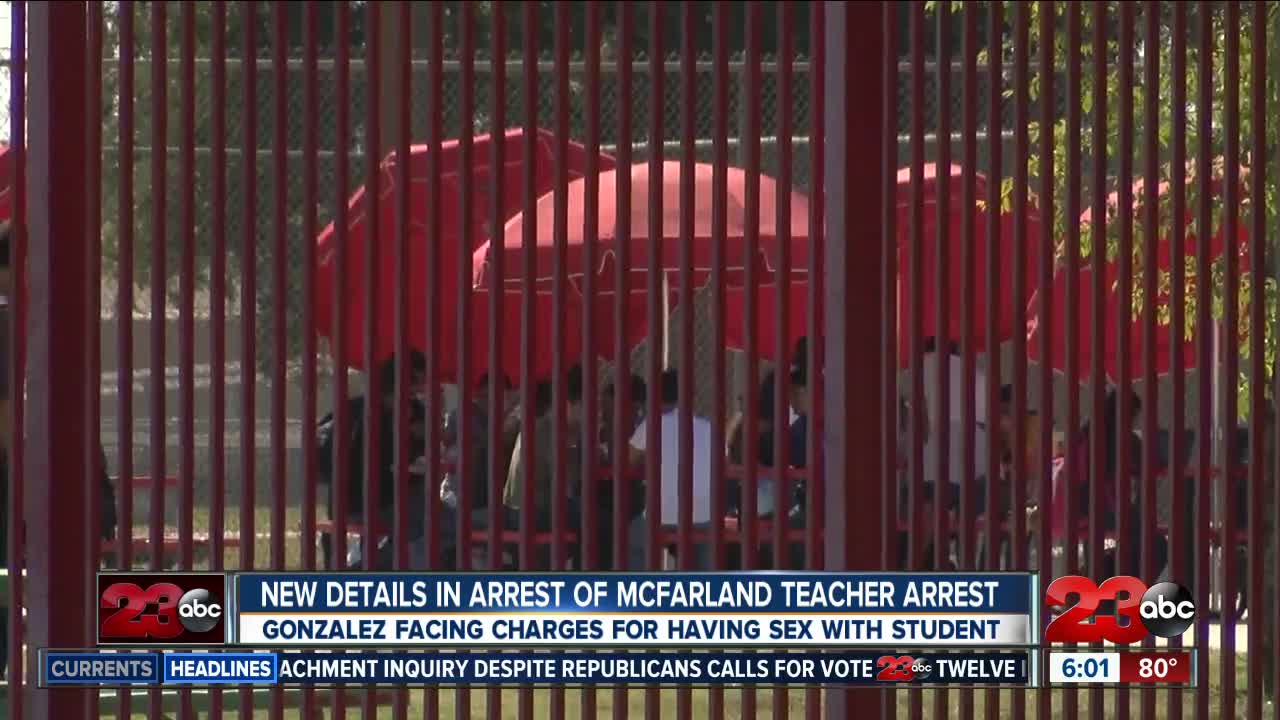 MCFARLAND,Calif. — A 40-year-old teacher in California is facing criminal charges for allegedly having sex with a student.

Elvia Gonzalez, a freshman math teacher at McFarland High School, has been accused of having a sexual relationship with a current male student.

The McFarland Unified School District tells KERO that the victim reported on Friday to his high school principal about inappropriate content.

"The initial call that came out to us was that there was some kind of content on a phone between the teacher and student," said Janet Davis, interim Chief of Police of the McFarland Police Department. "In terms of what we found is still under investigation."

The superintendent of the district, Aaron Resendez, says he directed district lawyers to oversee an independent investigation of their own, because of his relationship to Gonzalez. The teacher is Resendez's wife's sister-in-law

"Our investigation resulted in an arrest on Saturday," Davis said. "The arrest was not just for sexual misconduct but sexual intercourse with a minor."

KERO reached out to a home that has the same address where Gonzalez was arrested near. The individuals KERO spoke with would not go on camera.

Gonzalez has been placed on administrative leave and Mcfarland High School is offering counseling services to students and staff upon request or if they are showing signs of emotional distress.

"We believe that it is just one victim, but if anyone else has information or believes that there are other potential victims or anything else we should know give us a call," Davis said.

This story was originally published by Lezla Gooden at KERO.